Children with dyslexia are STILL treated like ‘unwanted pariahs’ by teachers, says Kirstie Allsopp – as she opens up about her own sons’ struggle with the learning difficulty

Television presenter Kirstie Allsop has opened up about her own – and her children’s struggle – with dyslexia on Twitter, saying the modern education system can make youngsters with the learning difficulty feel like ‘unwanted pariahs’ in schools.

Allsop, who shares sons Bay and Oscar – and older step-sons Hal and Orion – with partner Ben Andersen, is dyslexic herself. 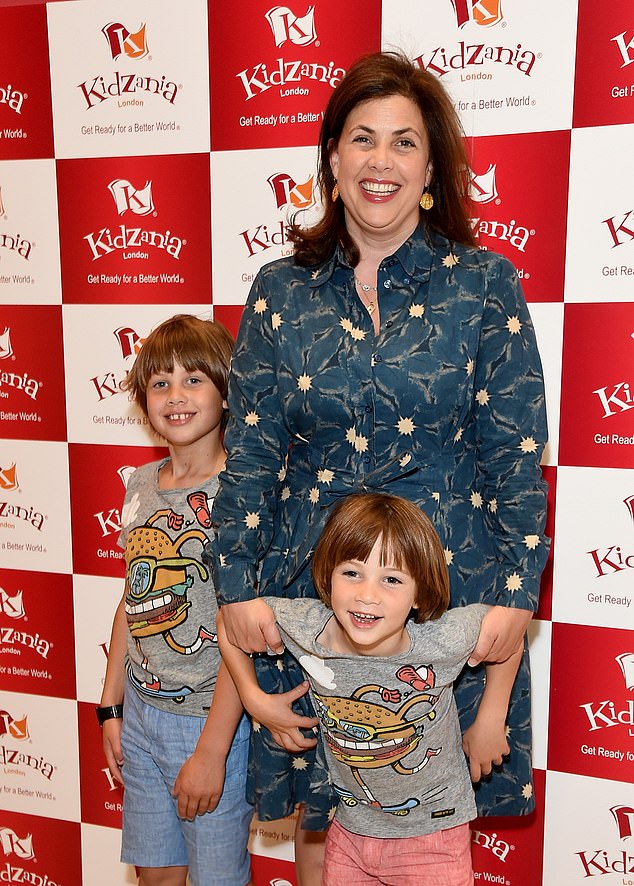 Honest: Kirstie, who is mum to two boys Oscar and Bay (pictured in 2015 with the star) with husband Ben Andersen – and step-mum to Hal and Orion – opened up to her Twitter followers about her sons’ battle with dyslexia on Tuesday

In the passionate post, she wrote: ‘School life with a dyslexic child is a nightmare, of course money makes it easier, but you’re still a pariah, you’re still unwanted and nothing has really changed that.’

The television star added that ‘teachers like kids who can learn easily, school is a group activity and most dyslexics just aren’t very group.’

The candid post prompted a large number of responses, with many offering support and saying that dyslexic children often thrive when they leave the education system.

One such response came from @HelenDonovan, who wrote: ‘Just wait til they leave school! They have resilience and are so surprised that suddenly the efforts they make have untold rewards. #oneinten #iamdyslexic’

Allsop responded: ‘That was the case for me certainly, but now as a parent I’m staring down a long tunnel and the light at the end is small and flickering.’ 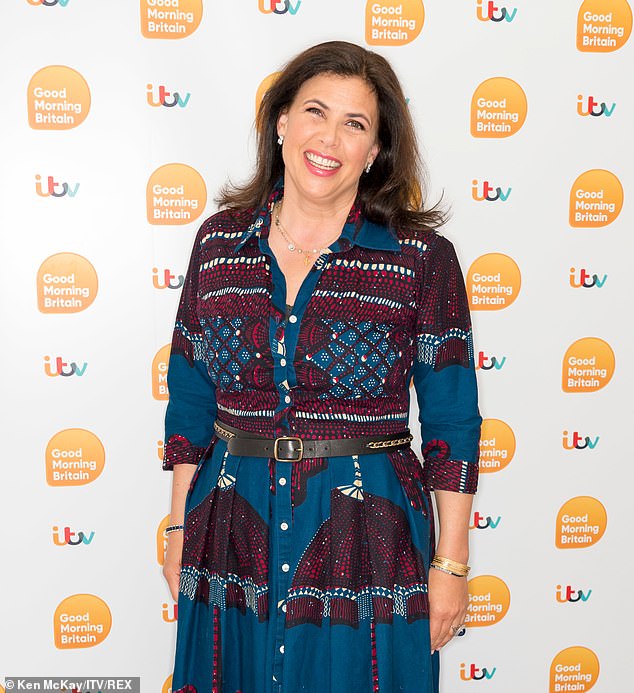 Others then shared their own positive experiences of being taught by teachers with dyslexia.

@ACoddiwomple wrote: ‘My kids had a dyslexic teacher and he was inspirational. Allowed the children to correct him, showed them it’s okay to make mistakes, that it’s not the end of the world if you can’t spell and really worked hard with them all on their English (and other things!)’

Last month, Allsop questioned why parents send their children to boarding school when it makes them ‘miserable’, and said she worries about what it does to a young person’s mental health.

The star took to Twitter after actor Rupert Everett described his own ‘heartbreaking experience’ at the age of seven, on Desert Island discs.

She wrote: ‘I know it’s “different nowadays” and many kids “love it”, but I went at 8 (rescued after a term when Mum realised my unhappiness) and still amazed at anyone sending a pre-teen child away.’

‘Many pre-teen kids who go to boarding school are desperately homesick ‘at first’ then they ‘settle’ after a couple of terms,’ she added.

‘What I can’t comprehend is why that initial misery is considered worth it? What does that six months of misery do to the mental health of an eight-year-old?’