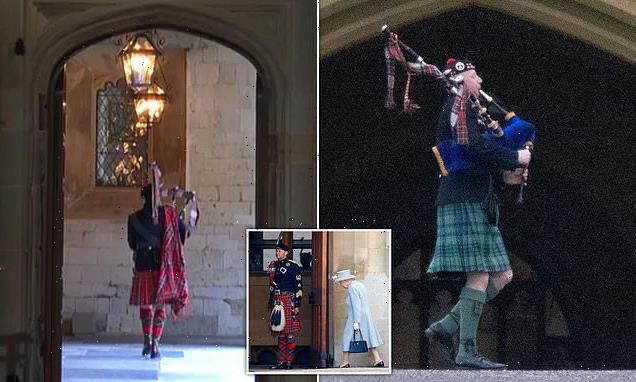 Revealed: King will wake every day to the strains of piper who enchanted his mother as he retains Pipe Major in tradition going back 180 years

It is a tradition that dates back to Queen Victoria, when she became entranced by the sound of the bagpipes on her first holiday to her beloved Scottish Highlands

Since 1843 there has been a piper to the ­Sovereign, and it is their role to play for 15 minutes outside the monarch’s window at 9am each day, providing a rather unique wake-up call.

And for the first time since His Majesty King Charles III acceded to the throne, Pipe Major Paul Burns, of the Royal Regiment of ­Scotland, was spotted playing for him at Windsor Castle this week.

He could be seen from the Long Walk outside the window of the King’s private apartments, although the wind whipped away the sound of what he was playing.

Although Pipe Major Burns did the same for the late Queen Elizabeth II, her apartments faced in a different direction and could not be seen from any public areas. 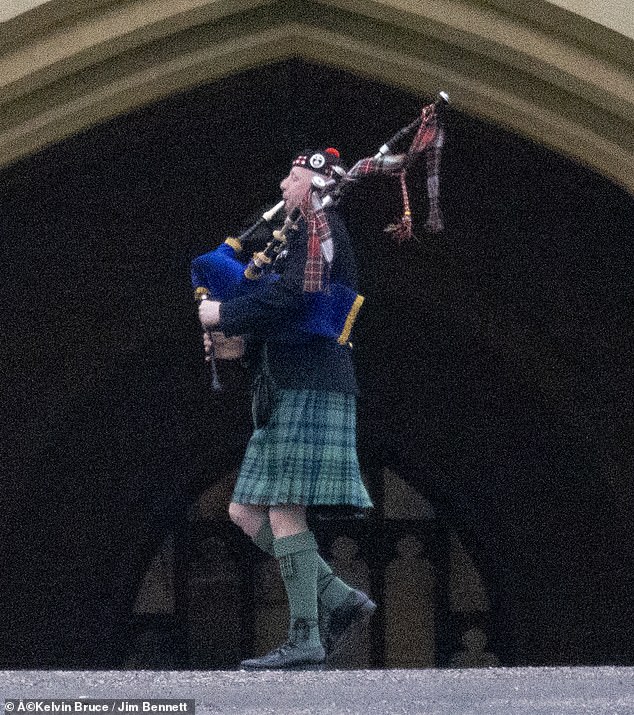 Since 1843 there has been a piper to the ­Sovereign, and it is their role to play for 15 minutes outside the monarch’s window at 9am each day, providing a rather unique wake-up call

While Charles — who revived the role of official harpist to the Prince of Wales in order to promote talented Welsh musicians — is keen to streamline the monarchy, there are some royal traditions he wishes to keep. Queen Victoria and Prince Albert were staying at Taymouth Castle with the Marquess of Breadalbane, who had his own personal piper — an idea which greatly pleased the young monarch.

Victoria subsequently wrote to her mother, the Dowager Duchess of Kent, saying: ‘We have heard nothing but bagpipes since we have been in the beautiful Highlands and I have become so fond of it that I mean to have a piper. . . at Frogmore [her home at Windsor].’ 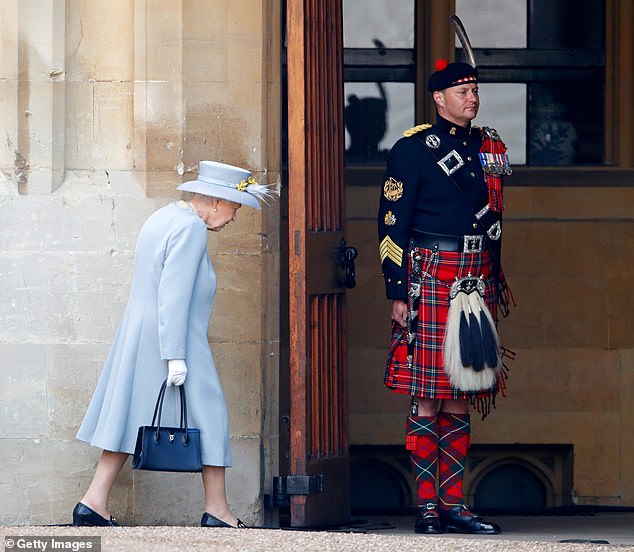 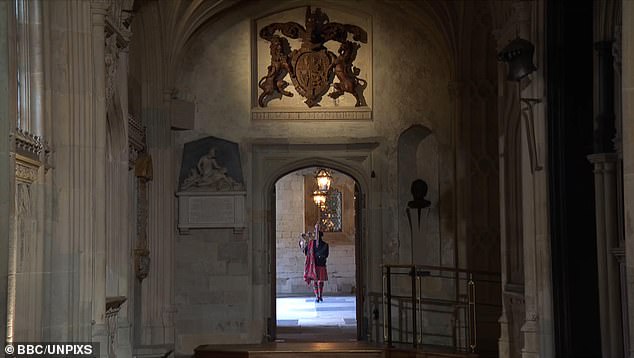 The household is now on its 17th Piper, and he follows the King from residence to residence

Subsequent monarchs continued the tradition, apart from a brief hiatus of four years during World War II. The first Piper to the Sovereign was Angus MacKay, a noted collector and publisher of piobaireachd (pipe music). Every subsequent Piper has been a serving non-commissioned officer and experienced Pipe Major from a Scottish or Irish regiment.

While the Piper is a member of the royal household, he retains his military rank for the duration of the secondment.

The household is now on its 17th Piper, and he follows the King from residence to residence — whether it be Windsor Castle, Buckingham Palace, Clarence House or Birkhall — apart from ­Sandringham, due to a lack of accommodation.

The role of the Royal Piper is considered one of the most prestigious for musicians in the Armed Services. He (and there have been only men so far) are the only nonroyal permitted to wear Balmoral tartan.

The role comes with other equerry-type duties, such as helping at a range of royal events including investitures.

Gordon Webster, who was Piper to the Sovereign in the mid to late 1990s, said the experience was ‘fantastic — the ultimate piping job in the world’. Opening up about the role, he continued: ‘Because the Queen didn’t like that you repeated tunes every other day, I probably had about 700 or 800 tunes and they’re all [in my head] because as a bagpiper you don’t use music.’

The current holder of the position, Pipe Major Burns, who hails from Ingleby Barwick on Teesside, woke the late Queen Elizabeth II on her final morning at Balmoral, and had a very significant role following her death. 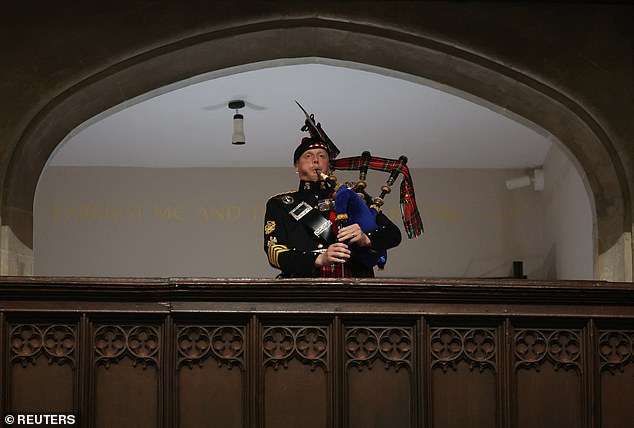 While the Piper is a member of the royal household, he retains his military rank for the duration of the secondment

He played a moving lament as her coffin was lowered into the Royal Vault at September’s committal service at Windsor.

Earlier in the day, he had brought the official funeral service at Westminster Abbey to a close with a spine-tingling rendition of Sleep, Dearie, Sleep.

Not long before the funeral another former Royal Piper, Pipe Major Scott Methven, 48, had praised Pipe Major Burns as ‘a cracking piper and a good man’.

Mr Methven, who left the Army in 2019 after 25 years and now teaches the bagpipes, also gave some insight into the role and the jokes he shared during his time with Her Majesty. On one occasion, the Queen, who was just 5ft 3in tall, teased him about his height. He revealed: ‘She once joked that I was the first piper to hold the post whom she didn’t have to look up to — a jibe at my 5ft 6in height.’

Pipe Major Methven, who held the role from 2015 to 2019, fondly recalls his time as part of the royal household, previously telling The Spectator of how the wind had lifted his kilt in front of the Queen — ‘briefly exposing’ him as a ‘true Scotsman’.

He added: ‘Later, while I was escorting Her Majesty, she sked me if it had been a particularly cold morning.’ He also shared the fact that the Queen had given him an affectionate nickname.

Once, after mistakenly addressing the Queen and having quickly issued a correction, she replied: ‘Pipes, it has been 60 years since someone called me Your Royal Highness and I quite liked it.’ He also revealed her great kindness, saying the late monarch had ‘pulled it out of the bag’ for him when his wife was diagnosed with terminal cancer in 2017.

As well as ensuring her Piper’s two young children were cared for by royal nannies at Balmoral when their mother was in hospital, the Queen also arranged for a basket of strawberries and muffins to be sent to her nurses.

‘Her Majesty supported me with everything that went on in my private life,’ Pipe Major Methven said fondly. 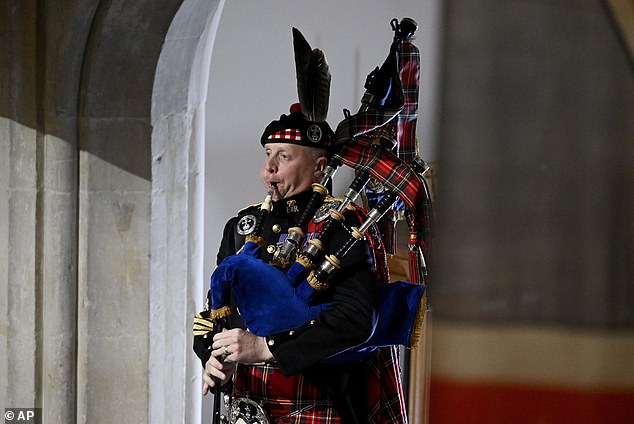 The current holder of the position, Pipe Major Burns, who hails from Ingleby Barwick on Teesside, woke the late Queen Elizabeth II on her final morning at Balmoral, and had a very significant role following her death

According to the former Piper, he would have a ‘good laugh’ with the Royal Family when they were at Balmoral. He said: ‘I remember one night, it was just the Queen, the Duke of Edinburgh, and several other members of the family.

‘The invited guests hadn’t arrived, so I said I would mix it up and I did movies [theme tunes] on the bagpipes.

‘I would go around the tables and it would be Top Gun . . . and the Prince of Wales (now King Charles) asked if I could do AC/DC Thunderstruck.’

Presumably the heavy metal rockers are not a favourite at Windsor.

Or at least not at 9 o’clock in the morning.