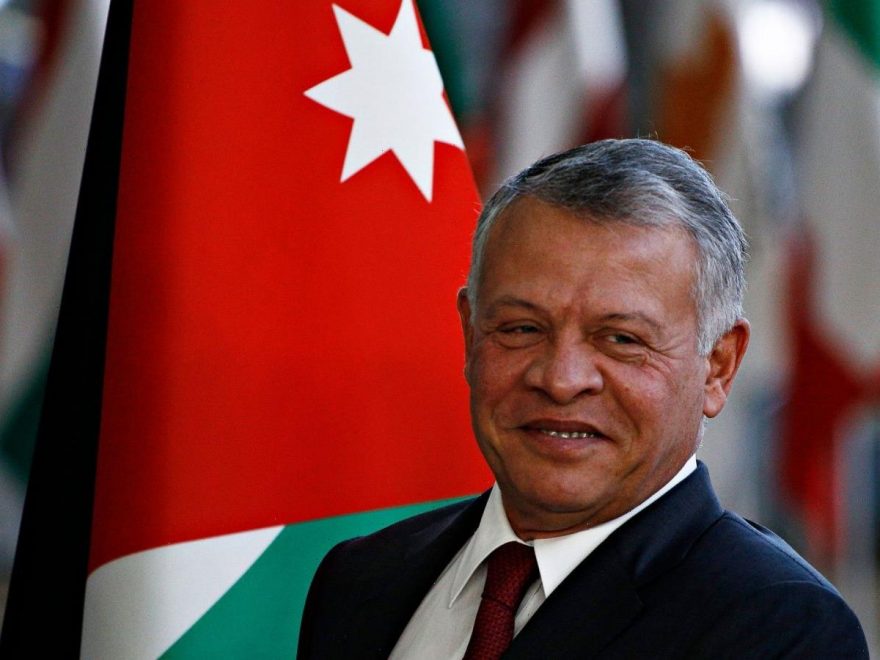 The King Of Jordan, , inherited the enthusiasm for cars from his late father, Hussein bin Talal who was a big-time gearhead.

Abdullah II bin Al-Hussein took over the reins as the King Of Jordan on 7 February 1999, immediately after his father’s death, King Hussein bin Talal. The latter left a fortune and an astounding car collection for his son Abdullah II. Like his father, Abdullah II is fascinated with luxury and sports cars. Most of the King’s car collection is inherited from his father, but he has also spent a fortune adding more vehicles to the already rich collection. His collection ranges from the 1954 Rolls-Royce Phantom IV to the 2009 Mercedes SLR Stirling Moss.

The Aston Martin DB2 was sold between 1950 to 1953 with a selling price of almost $200,000 in today’s currency. The King Of Jordan’s father, King Hussein, bought the DB2 in London while he was a student. Hussein loved the car so much that he brought it back to Jordan. The DB2 has a 2.6-liter 6-cylinder engine that can generate up to 125 Horsepower, and it can speed up from 0-100 mph in 12.8 seconds with a top speed of 117 mph, as reported by Hyman Ltd.

The German manufacturer’s largest and most opulent vehicle, the Mercedes-Benz 600 Grosser, was typically driven by royalty, business moguls, and national leaders. The King Of Jordan’s father customized the Pullman to a 6-door version. The Pullman boasts a powerful 300-horsepower, 6.3-liter, fuel injected, SOHC, dry-sump engine, which generates a torque of 500 nm. Despite its large size, it has a cruising speed of 100 mph and a top speed of 135 mph, as per Hagerty.

Porsche Carrera GT was the first car to be designed and manufactured by the GT division of Porsche. It is hugely popular for having one of the best engine noises for any vehicle. It is priced at almost half a million dollars owing to its 600 horsepower 5.7-liter engine, which can zoom from 0-60 mph in 3.9 seconds with a top speed of 205 mph. The Carrera is one of the favorite cars of the King Of Jordan, and he is often spotted speeding around with the car in the spacious streets of Amman, as reported by HotCars.

RELATED: The 10 Most Expensive And Exquisite Porsche’s Owned By Celebrities

The M1 is a great car that, in addition to being one of the most well-known sports cars of the 1970s, molded the BMW M unlike any other. The BMW M1, which made its debut in 1978 and boasted a potent 6-cylinder engine, quickly rose to prominence in the automobile industry. It surpassed all expectations and established itself as an automobile classic. Only 453 units of the M1 were produced, most parked in private collections, including the King Of Jordan’s. The 3.5-liter 6-cylinder engine generates 273 horsepower and can accelerate from 0-62 in 5.6 seconds with a top speed of 163 mph, as per Encycarpedia.

The Aston Martin DB5 is one of the most recognizable cars in the world due to its appearance in James Bond movies. The DB5 was produced between 1963 and 1965. It is powered by a 4.0-liter 6-cylinder engine that generates 286 horsepower and a torque of 390 Nm enabling the DB5 to accelerate from 0-62 mph in 8.6 seconds with a maximum speed of 142 mph.

An absolute beast in the Sports Car segment, the Mercedes SLR Stirling Moss was designed as a tribute to the legendary British Race Car Driver, Sir Stirling Moss. It was produced in collaboration with a British supercar company called Mclaren. It costs almost a million dollars, and there are just 75 units manufactured to date. The Stirling Moss is powered by a 650 horsepower 5.4L AMG V8 engine and can accelerate from 0 to 62 mph in 3.5 seconds with a top speed of 217 mph. The King Of Jordan is a renowned speedster, so he had to have this beast in his garage.

The Bugatti Veyron is famous for being an absolute monster in speed and one of the most expensive cars in the world. The Veyron is a 2-door coupe with a beast of an engine. The mid-mounted 8.0-liter engine generates a staggering 1000 horsepower and a maximum torque of 1250 Nm. Through a semi-automatic 7-speed automatic gear, the Veyron can accelerate from 0 to 62 mph in 2.5 seconds and achieve a top speed of 254 mph, as reported by MotorTrend. The King Of Jordan is one of the few to own a Bugatti Veyron. Courtesy of its million-dollar price tag.

READ NEXT: A Peek Inside French Montana’s Car Collection