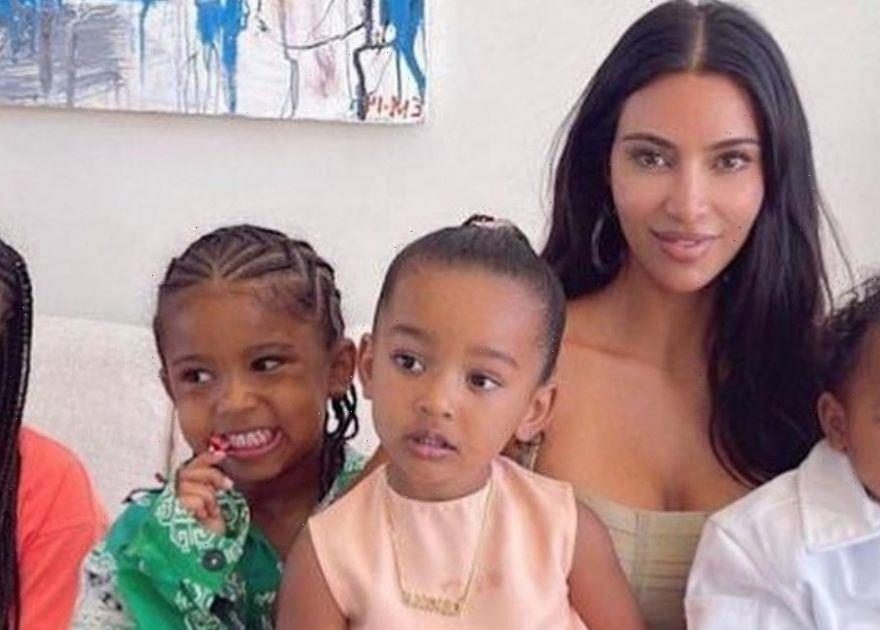 Their parents' combined net worth exceeds two billion, so it comes as no surprise that Kim Kardashian and Kanye West's four children are accustomed to living in luxury.

Kim, 42, is reportedly worth a staggering £1.5 billion while Kanye, 45, is rumoured to be worth around £2 billion.

The couple, who are parents to North, nine, Saint, six, Chicago, four, and three year old Psalm, recently finalised their divorce and it's now been reported that Kanye is set to pay Kim a hefty $200,000 (£166,9750) per month in child support for their brood.

Child support calculations are based on the amount of money needed to allow the divorcees’ children to continue living the lives they are accustomed to.

This comes at an eye-watering cost for Kanye, as his and Kim's brood are understandably used to living luxuriously.

From extravagant birthday parties and gifts to unforgettable family holidays and designer wardrobes, there's no denying that the Kim and Kanye cut no corners when it comes to their children.

The Kardashian family are known for their over the top parties and celebrations, and Kim makes sure to pull out all of the stops every year for her four children's birthdays.

For North's second birthday, the mum-of-four shut down an entire section of Disneyland – an attraction which tends to get more than 440,000 visitors each day.

She's also thrown numerous themed parties at her Calabasas mansion to mark her kids' birthdays, with themes including The Hulk, mermaids, Moana and Coachella.

Then there's the gifts, which include everything from rare designer garments to state of the art toys.

For her youngest son Psalm's second birthday he was gifted an impressive mini blue Power Wheels Jeep, which retails for around £330.

The four year old also has sparkly mini Bentley to match her cousin Stormi, four, who is the daughter of Kylie Jenner and Travis Scott.

As well as lavish gifts, Kim and Kanye's brood are also used to jetting off to some of the most stunning locations across the globe.

The former couple are known to enjoy luxury holidays in places including Mexico, the Dominican Republic and Tokyo. Kim regularly shares snaps from her exotic trips, with her sisters and their children regularly joining her.

The reality TV star has also started brining eldest daughter North along to swanky events over recent years, and in 2022 she joined her at Paris Fashion Week.

During the week-long event, North was seen sporting numerous expensive outfits and was even photographed wearing £850 Balenciaga croc sandals.

The nine year old is frequently pictured out and about with her mum, with the duo wearing high-end designer clobber and quirky outfits.

Kim has previously revealed that North has a "passion" for fashion, and also told her fans on Twitter: "We make all of her clothes, so she picks the fabrics at fabric stores."

Kim's youngest daughter Chicago also appears to be interested in fashion like her older sister and famous mum, and over more recent months she's been spotted wearing some extravagant clothes.

When the four year old attended Kim's Dolce & Gabbana collaboration during Milan Fashion Week back in September, Chicago was photographed sporting a rhinestone corset, a diamante handbag and a pair of black sunglasses.