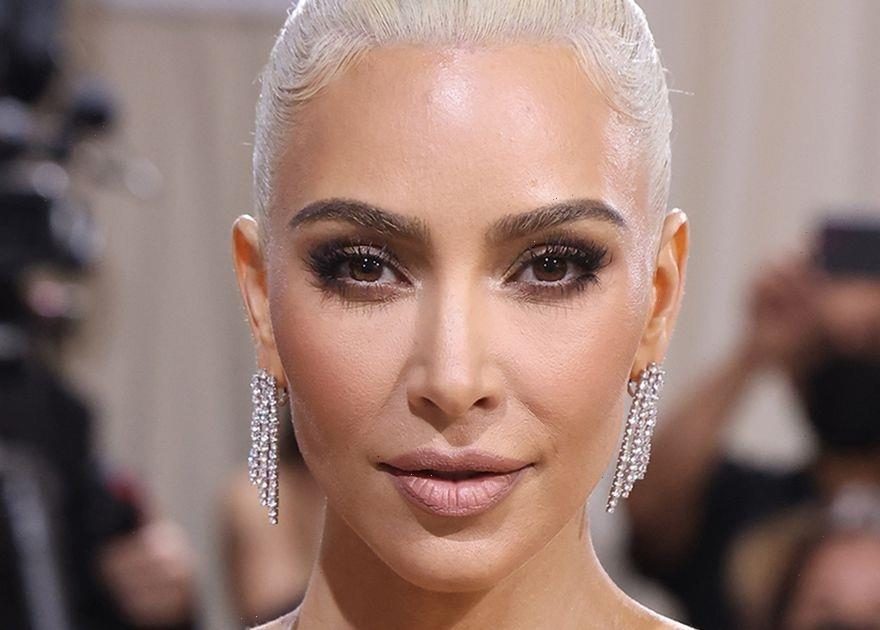 By now you’ve probably heard that for this year’s Met Gala, Kim Kardashian made the bold move of bleaching her hair in one 14 hour sitting, stepping out with new bright blonde hair slicked back into a low bun.

It was a bold move from the 41 year old, who admitted she would "risk getting my hair to fall out" for the look in a behind-the-scenes YouTube video made by younger sister Kylie Jenner. (Side note: when fashion and beauty assistant Emma tried the same look her hair actually DID fall out.)

But until now, we hadn’t actually seen Kimmy’s newly blonde hair in all its lengthy glory – but she has since taken her look one step further with the addition of super long extensions, looking like some kind of 2022 version of Game of Thrones’ Daenerys Targaryen.

On Monday the star shared a few snaps in honour of her son Psalm’s third birthday sporting super thick hair that reached her waist, with Kim’s go-to hairdresser Chris Appleton also sharing a few of her mega mane a couple of days before. And it’s safe to say that fans are loving the white blonde transformation, eagerly congratulating Chris on his handiwork in the comments section of the post.

"LOVEEEEEE this color on her," one commented, while another eagerly agreed, "Beautiful colour Chris, totally pulled it out of the bag!! Well done sir."

"Slayyyyed her colour," a third enthused as a fourth also got picked up on the Daenerys look with, "It's giving Game of Thrones vibes."

Iconic though the look is, this is not the first time that Kim Kardashian has gone blonde. A whole seven years ago in 2015 she stepped out with platinum blonde hair at Paris Fashion Week, shocking her fans as she had never really moved away from her signature dark colour until then.

The star then flitted between blonde and brunette a couple more times between then and 2018, when she opted for a bubblegum pink shade – but her hair had been dark for over two years since until her Met Gala Marilyn moment, so it really did feel like a shake-up.

We wonder how long Kim will stay a bleach blonde this time?

For all the latest celebrity news including their hair and makeup secrets, sign up to the OK! Daily Newsletters now