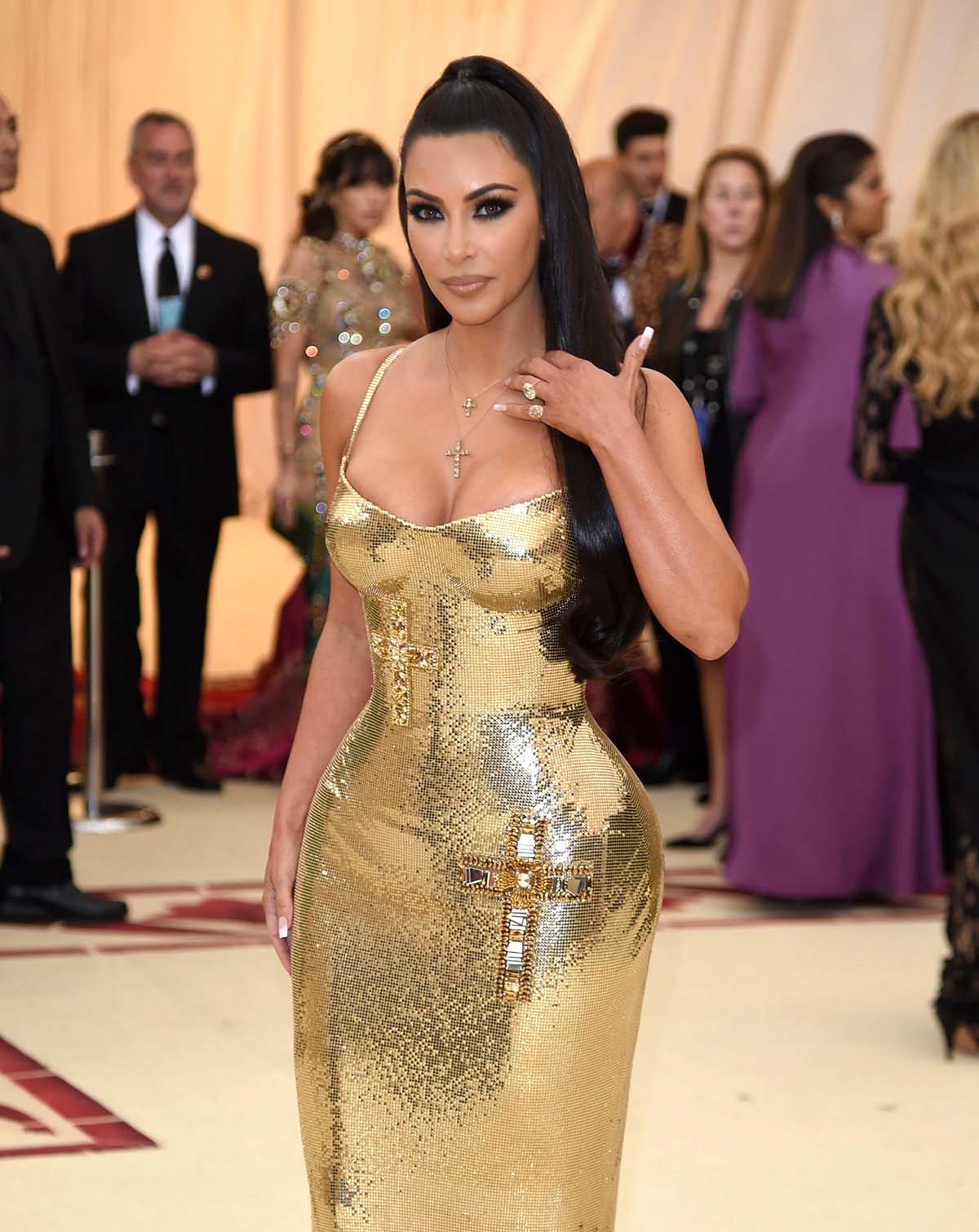 Full circle fashion. Nowadays, designers like Balenciaga, Fendi and Mugler jump at the chance to dress Kim Kardashian, but that wasn’t always the case.

Celebs in Undies: Stars Who Flaunt What Their Mamas Gave Them in Lingerie

“When I first started to get into fashion, no one would send me clothes because they were like, ‘There’s no way this is going to fit her right?’’ the 41-year-old recalled on a Thursday, December 16, episode of the “Honestly with Bari Weiss” podcast. “I was like, ‘I promise it’ll fit me. I’ll squeeze into it.’”

Because as a teenager in the ‘90s, clothes were all about “heroin chic,” a controversial look popularized by supermodels in the early 1990s. The body type was a contrast to Kardashian’s curvy figure.

“I had huge boobs when I was like 12 years old and I was always really curvy,” the mom of four explained, adding that people would “smack my butt” as she walked down the hall.

“Nobody looked like me until the end of high school and then it was Jennifer Lopez and Salma Hayek, and I was like, ‘That’s it! I see it, I see it.’ And it felt so good,” she recalled.

Fast forward through the premiere of Keeping Up With the Kardashians in 2007 and introductions to a handful of designers, and the KKW Beauty founder started to notice a shift in the industry.

“When I started to have friends that were designers and they would make collections that would fit more of my body type, I felt like, OK, this is a win for the curvy girls, because people were starting to design differently,” Kardashian added. “That made me really proud.”

But Kardashian didn’t just leave industry change to her predecessors. She decided to get in on the action. Flash to September 2019, and the reality star launched her own shapewear line, Skims, designed to offer underwear, loungewear and shapewear “for every body.” The brand offers an array of sizes, ranging from extra extra small to 4XL.

Kardashian has continued to break boundaries with her brand, launching a “first of its kind” partnership with Fendi in October.

The fashion houses creative director, Kim Jones, and Kardashian released a joint collection complete with shapewear, dresses, accessories and more. Given the high demand — and the fact that the collection quickly sold out — and the duo decided to release a second and “final” drop of best sellers in December.