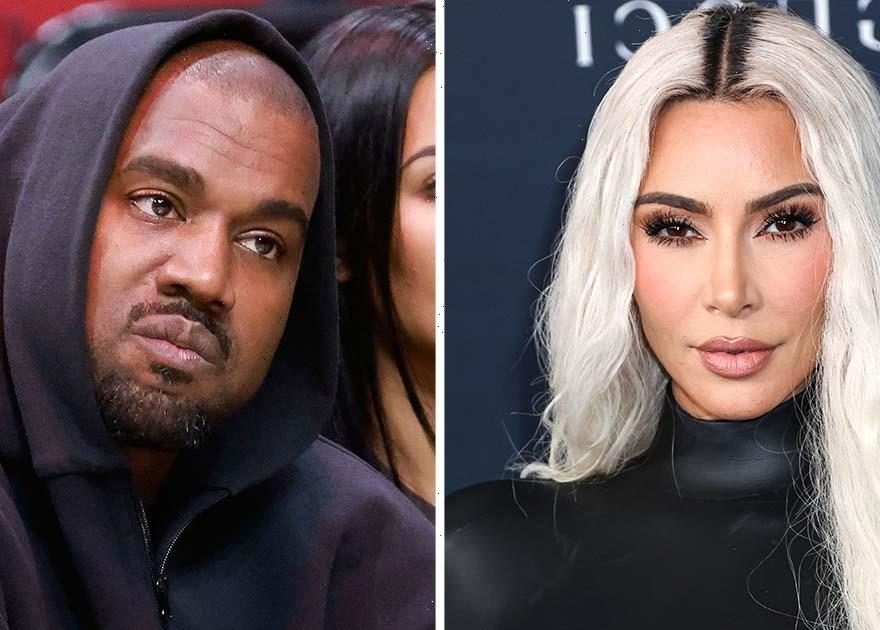 Doing some digging. Kim Kardashian is “looking into” claims that ex-husband Kanye West showed his former employees risqué photos of her while working with Adidas, a source exclusively tells Us Weekly.

“Kim is disgusted,” the insider says. “She feels violated and horrified.”

The Kardashians star — who was married to West, 45, for six years before announcing their split in February 2021 — is currently trying to “confirm” the allegations, the source explains.

“[She] wanted to see what photos former employees saw so she has more details,” the insider tells Us, noting that the scandal is “just another bombshell about Kanye.”

The 42-year-old Skims founder’s family, meanwhile, “continues to wonder what will drop next” when it comes to the “Jesus Walks” rapper, the source adds. (The exes share four children: North, 9, Saint, 6, Chicago, 4, and Psalm, 3.)

On Tuesday, November 22, Rolling Stone published a report revealing that Yeezy employees had written an open letter to Adidas accusing West of mistreatment in the office and inappropriate actions toward staffers.

The open letter alleged that the “Gold Digger” musician previously showed naked pictures of his then-wife to people at the company, according to Rolling Stone, which interviewed several of the complainants for the exposé.

“It was very revealing and personal,” an anonymous employee recalled to the publication. “I didn’t really react.” In addition to the alleged nude photos of the Selfie author, West purportedly screened an explicit video of his former spouse during a 2018 meeting.

Additionally, the “Famous” rapper was accused of playing pornography (not featuring Kardashian )for his Yeezy collaborators. The allegations against West also include abuse claims, with one anonymous employee claiming that the designer used “tactic[s] to break a person down and establish their unwavering allegiance” to him.

Adidas has since announced that they are opening an investigation into allegations that the brand ignored misconduct claims about West while he was one of their collaborators.

“It is currently not clear whether the accusations made in an anonymous letter are true,” the brand said in a Friday, November 25, statement to Us Weekly. “However, we take these allegations very seriously and have taken the decision to launch an independent investigation of the matter immediately to address the allegations.”

The Chicago native first inked a partnership with the athletic clothing brand in 2013 to bring his Yeezy line to the masses. Adidas, however, severed ties with West in October after he made antisemitic comments on social media.

West made headlines in October when he tweeted controversial remarks about the Jewish community, claiming he wanted to go “death con 3” on Jewish people. While the “Stronger” rapper later apologized for his comments he has continued to lose million-dollar brand deals with Balenciaga, Vogue and CAA (Creative Arts Agency) among others.

Kardashian, who was declared legally single in March, has also taken a stance against her former spouse after his antisemitic rant.

“Hate speech is never OK or excusable,” the Keeping Up With the Kardashians alum tweeted last month. “I stand together with the Jewish community and call on the terrible violence and hateful rhetoric towards them to come to an immediate end.”