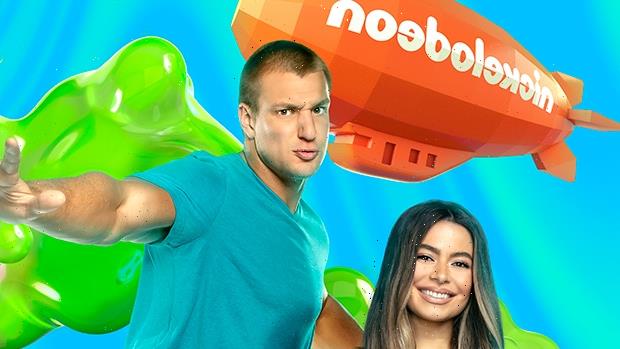 The 2022 Kids’ Choice Awards airs on April 9 and will be hosted by iCarly star Miranda Cosgrove and NFL star Rob Gronkowski. In this EXCLUSIVE promo, Miranda tries to get Rob into shape to host the slimiest awards show out there. Rob admits that he’s “pumped” to be hosting the show with Miranda.

When Rob starts to say what he’s thinking about for the show, Miranda stops him right in the middle of his sentence. “You’re not here to think, you’re here to host!” she yells. Miranda goes into full coach-mode with “rookie” Rob to get him ready for all the KCAs action. 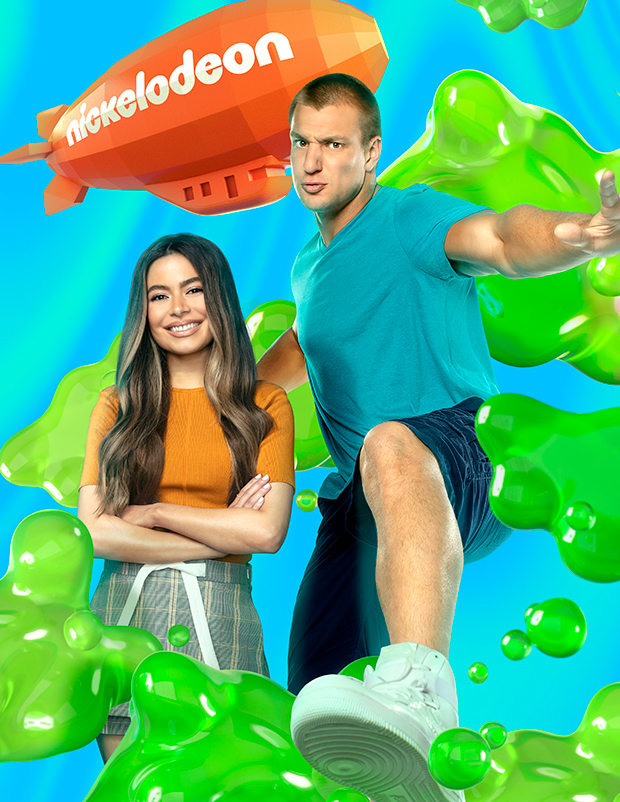 “You think you have the stamina to pull off 1,000 slimings? Are you ready to rock out to the epic music performances?” she asks him. From push-ups to squat jumps, Miranda makes Rob put in the work.

“Can you take any surprise that’s thrown at you?” she continues. Showing off his football skills, Rob catches the orange blim that’s thrown his way. He celebrates his big catch, but Miranda has a surprise in store for him. A full-fledged sliming! Rob is suddenly slimed from head-to-toe. This is the Kids’ Choice Awards, after all! “He has so much to learn,” Miranda says.

The 2022 Kids’ Choice Awards nominations were revealed. Your favorite stars like Elizabeth Olsen, Zendaya, Tom Holland, and more are among the TV and movie nominees this year. Music stars like Cardi B, Lady Gaga, Taylor Swift, Shawn Mendes, and The Weeknd scored nominations as well. 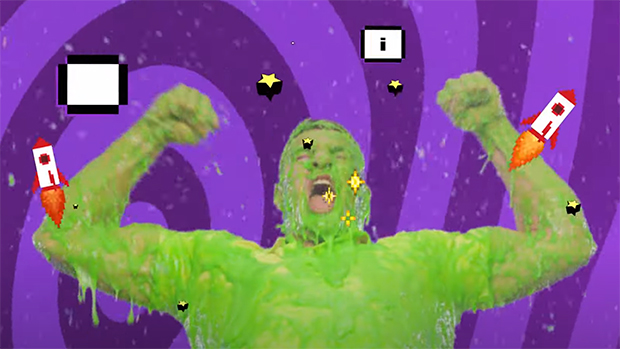 Nickelodeon’s Kids’ Choice Awards 2022 will air live on April 9 at 7:30 p.m. ET from The Barker Hangar in Santa Monica, California. For the first time ever, the show will feature a night filled with 1,000 epic slimings and dozens of fun-filled pranks celebrating fan-favorite stars across the worlds of film, television, music, sports, and more. The awards show will simulcast across Nickelodeon, TeenNick, Nicktoons, and the Nick Jr. channel.