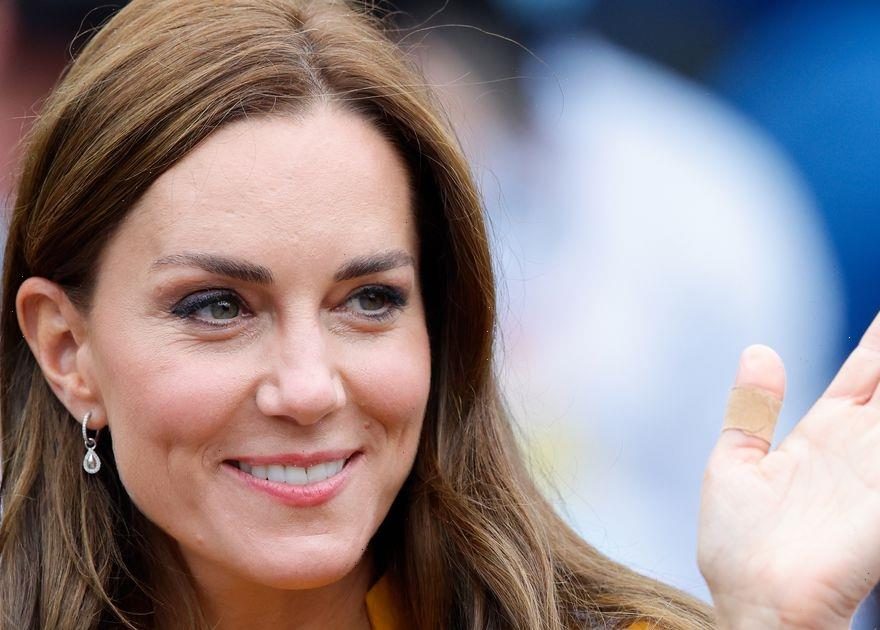 2022 has been an eventful year for the Royal Family, as the monarchy experienced a rollercoaster of emotions as it marked everything from foreign tours to the Platinum Jubilee, and even the late Queen's funeral.

Yet despite the fluctuating range of emotions, one constant that has appeared throughout the year, is Kate Middleton ’s impeccable and enduring sense of style – no matter the occasion.

Whether it was stepping out at Wimbledon in a sunshine hued dress, through to debuting an emerald green gown in the first official portrait of the Duchess alongside her husband the Prince of Wales, fans haven’t been able to get enough of Kate’s stylish outfits.

Now, thanks to research conducted by fashion experts Karen Millen, who analysed Google search trends surrounding each fashionable outing, we can reveal which of her outfits proved to be the most popular in this historic year.

As Kate turned 40 this year, many fans rushed to identify the stunning gowns worn by the Princess in her official birthday portraits.

The first of these gowns featured a white elaborate ruffled shoulder and bodice, while a second was cut in scarlet satin and featured a statement sleeve and heavily pleated waist.

Another popular search this year was for the emerald green gown worn by the Duchess in her first official painted portrait beside her husband Prince William.

The dress, which was crafted from iridescent silk chiffon and featured a mid-length hem and elbow length sleeves, was created by cult fashion brand The Vampire’s Wife.

Entitled ‘The Falconetti’, the dress is still available to purchase now, for £1,595.

8. Order of the Garter Ceremony

Another Alexander McQueen design also proved to be a highly sought after item this year, as searches skyrocketed to identify the stunning blue coat dress worn by Kate at the Order of the Garter ceremony.

Cut in a flattering A-line silhouette and featuring a notched lapel collar and belt detail, the periwinkle blue ensemble delighted fans around the world when the senior royal paired it with a matching hat.

While the players may have been required to stick to white, Kate brought a welcome dose of sunshine yellow to this year’s Wimbledon ladies final as she stepped out in a vibrant yellow dress by designer Roksanda.

While the Caribbean tour itself may have drawn some controversy, Kate’s outfits continued to tick all the boxes of royal fans as she sported elegant outfit after elegant outfit.

Yet it was a bubblegum pink shirt dress by RIXO complete with subtle abstract pattern that truly captured the hearts of fans at home, as searches for the item soared to 110% above the typical average.

Pink was a popular colour for Kate in 2022, as another pink dress, this time a fuchsia number by British designer Stella McCartney, became the fifth most searched for outfit out of Kate’s impressive wardrobe for the year.

Worn to the Platinum Jubilee pageant, the custom made dress featured a mid-length skirt, padded shoulders and long puffy/bishop sleeves, which she paired with statement earrings.

Adding a touch of royal sparkle to the star studded Top Gun: Maverick premiere, Kate once again stole the show as she donned an elegant off the shoulder dress by designer Roland Mouret.

The floor length black dress, featured a white off the shoulder bardot neckline, which perfectly highlighted her collar bones and toned arms.

The dress even appeared to spark inspiration with her sister in law Meghan Markle too, as she too wore a very similar outfit just weeks after the Princess.

One of the most hotly searched for items this year was the elegant yet understated black Jenny Packham dress worn by Kate on her Windsor Castle walkabout to view tributes left to the Queen on September 10th, two days after her death.

The simple pencil cut dress, featured a knee length hem and long sleeves, while a small statement belt detail added structure and shape to the solemn, but stylish garment.

Pairing the dress with pearl earrings, black heels, and black tights, Kate kept her look elegant, but at the same time respectful given the family’s period of official mourning.

Kate’s second most highly sought after outfit in 2022 was the patterned sun dress worn by the Duchess during a trip to Belize while on her Caribbean tour with husband William.

The summer dress, officially called ‘Painted Roses’ was from American designer Tory Burch, and featured a floral pattern, with the blue, red and white detailing providing a subtle nod to the colours of the Belize flag.

Within hours of it’s debut, searches for the tag ‘Kate Middleton dress’ soared a huge 203% above average.

Kate’s most iconic and highly sought after dress for 2022, was the black coat dress by Alexander McQueen that she wore to Queen Elizabeth’s state funeral on September 19th.

The dress, which was cut in an A-line silhouette and featured two statement buttons at the waist, was a classic and stylish choice for the sombre occasion.

Accessorising the outfit with pearls in a subtle nod to her late majesty, Kate also teamed the coat dress with a large black brimmed hat and veil, while black tights and heels completed the ensemble.

Expanding on the findings of the research, a spokesperson for Karen Millen said: “Ever since her introduction into the Royal family, Kate Middleton has made a vast impression on the fashion industry, well known for her timeless style and sophisticated outfits.

“These findings demonstrate Kate’s ability to inspire fashion choices up and down the country, with the British public rushing to take inspiration from her tasteful wardrobe.”

They also added: “This research also highlights Kate’s enduring and admirable ability to discreetly use her elegant style to compliment the events she attends, yet not divert too much attention away from the main focus of the occasion.”