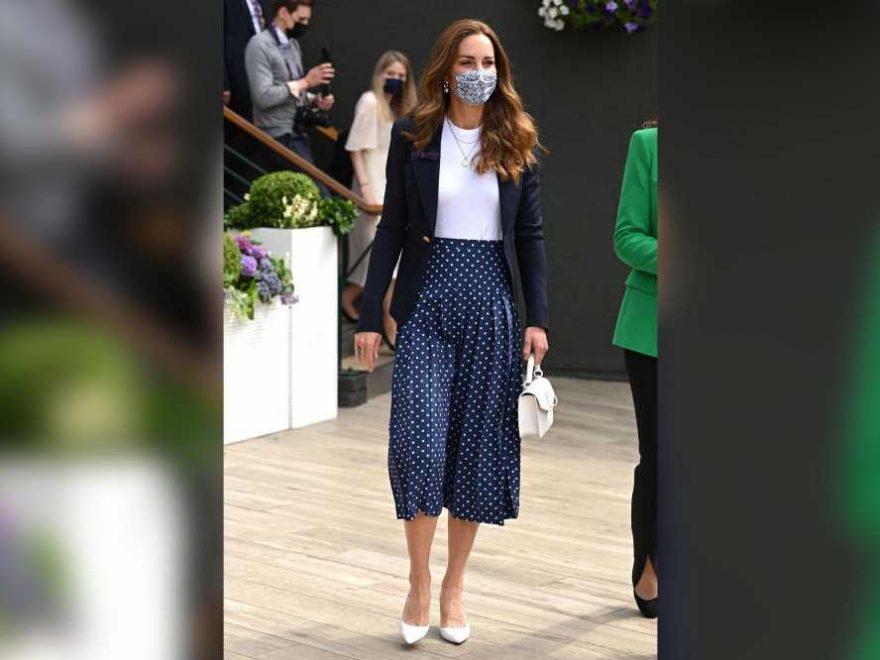 Kate Middleton swaps her skinny jeans for an $89 pair

Kate Middleton wore her summery best Friday to Wimbledon, where she had a front-row seat to the action.

The Duchess of Cambridge, who is Patron of the All England Lawn Tennis Club, toured the London facility before sitting courtside for the third-round match of the women’s singles, with Tunisia’s Ons Jabeur defeating Spain’s Garbiñe Muguruza.

Wearing Smythe’s navy “Duchess Blazer” ($695) — a style named after her, of course — and an Alessandra Rich pleated polka-dot midi skirt ($618), Middleton accessorized with white heels and her favorite blue floral face mask from Amaia, which retails for just $20.

Middleton, 39, also honored her children during Friday’s engagement, pairing her white blouse with a personalized necklace from Daniella Draper ($1,400).

The special piece is inscribed with the initials of her three kids with husband Prince William: sons Prince George, 7, and Prince Louis, 3, and daughter Princess Charlotte, 6. 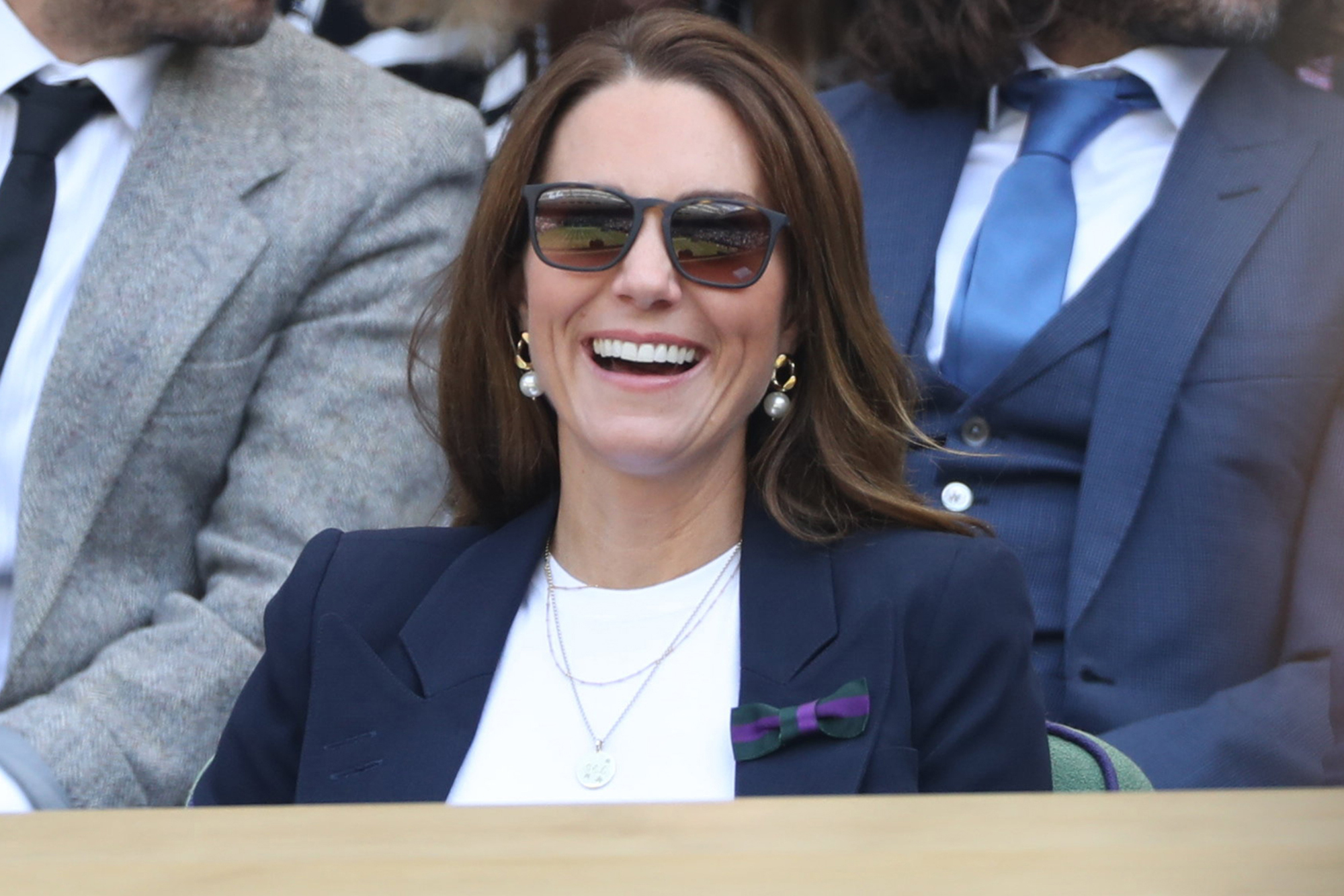 In addition to checking out the court, Middleton also arranged cakes for a cream tea in the Wingfield Kitchen and took in a new Maggie Hamblin portrait featuring UK tennis player Andy Murray.

Murray, who is set to play Friday against Canada’s Denis Shapovalov, is the Cambridges’ “unbiased” prediction to win this year’s tournament. 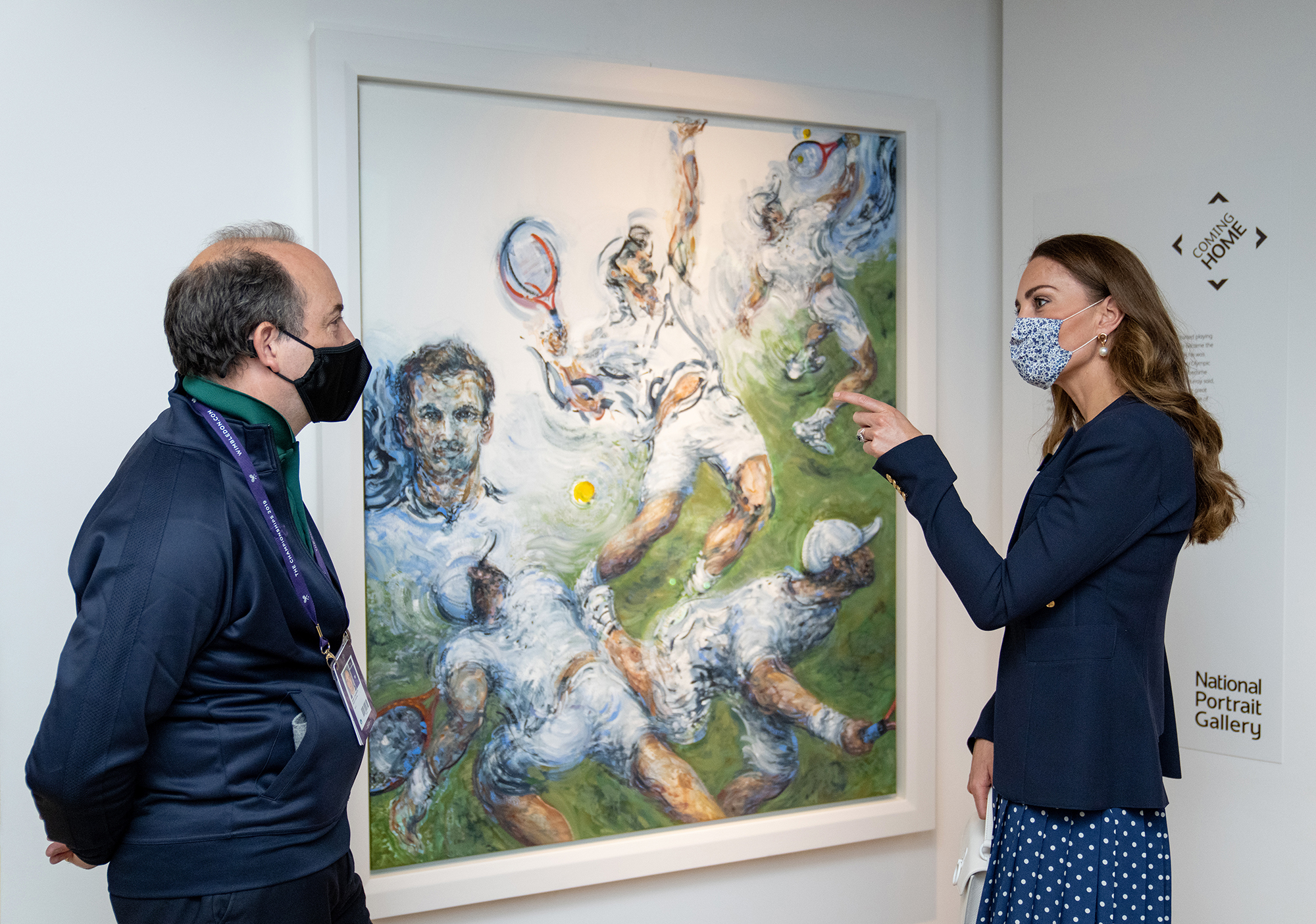 “Unbiased 😉 to win it: @andy_murray and @EmmaRaducanu #Wimbledon,” the Kensington Royal account tweeted Friday, with a nod to fellow British athlete, Emma Raducanu.

A courtside fixture, Middleton has enjoyed various Wimbledon matches over the years but was unable to attend in 2020, as the tournament was cancelled due to the COVID-19 pandemic.

Middleton’s visit to Wimbledon comes one day after William, 39, and his brother, Prince Harry, unveiled a statue in honor of their late mother, Princess Diana, at Kensington Palace.

The royal siblings, whose relationship has been fractured in recent years, reunited on what would have been Diana, the Princess of Wales’ 60th birthday.

Middleton did not attend Thursday’s engagement — nor did Harry’s wife Meghan Markle, who recently gave birth to daughter Lilibet Diana in California.