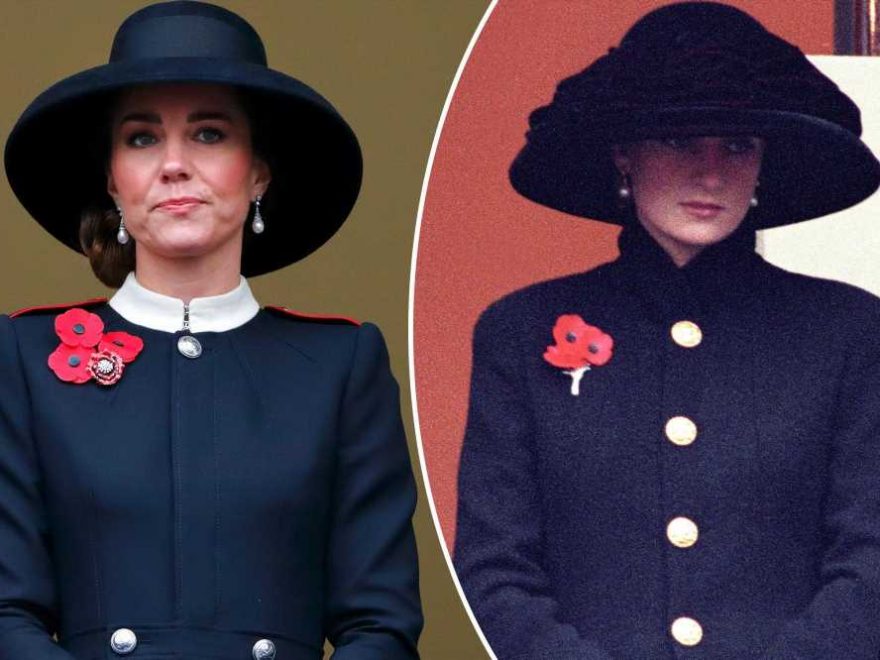 Kate Middleton stuns in Alexander McQueen dress from 10 years ago

Billie Eilish on meeting William and Kate: ‘I can’t complain’

Kate Middleton may be tipping her hat to her late mother-in-law.

The Duchess of Cambridge, 39, attended Sunday’s Remembrance Day service in London wearing an all-black outfit topped with a wide-brimmed hat that drew comparisons to Princess Diana, who wore a similarly shaped headpiece to the same annual event in 1992.

The hat is a black version of a topper that Middleton already owns in blue, the Tiffany drop-brim hat by Lack and Company ($370).

On Sunday, she paired it with a military-style jacket by Alexander McQueen that she first wore to Remembrance Day in 2018 with a different fascinator.

While the distinct style looks strikingly similar to Diana’s hat, it’s also a shape favored by Queen Elizabeth II, who decided at the last minute to skip this year’s event after spraining her back, according to the palace. 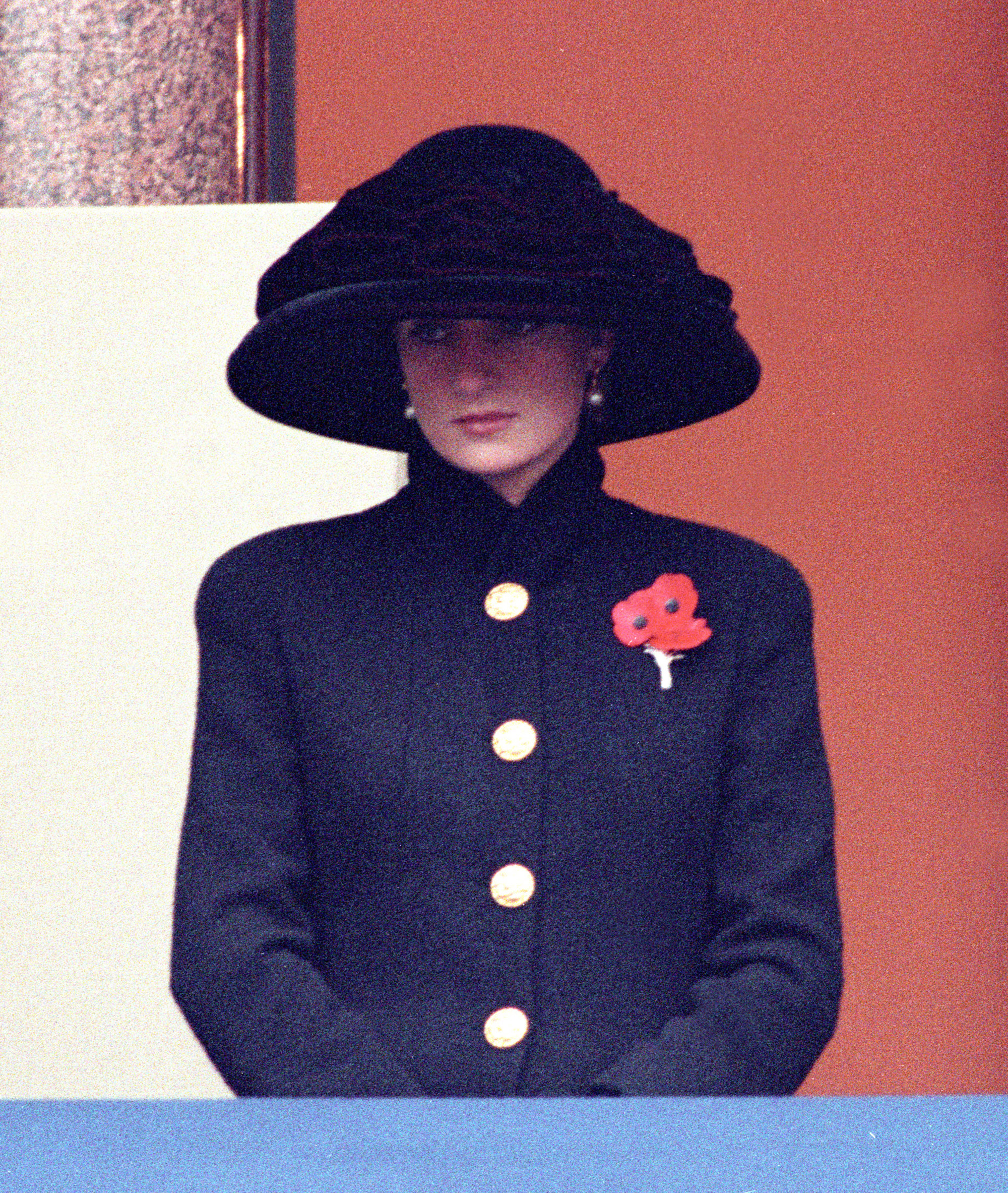 Middleton showed her support for the troops with the traditional three poppies as well as a crystal brooch from the Royal British Legion’s Poppy Shop ($27).

She stood on a balcony above the Cenotaph war memorial next to Camilla Parker Bowles, who wore a large black hat adorned with feathers, as well as Sophie, the Countess of Wessex, in a small fascinator.

Over the years, Middleton has worn tons of looks inspired by Diana — including a sparkling gold Jenny Packham cape dress (which was made available to purchase for $5,488) to September’s “No Time to Die” premiere, which bore a striking similarity to the gown Diana wore for the screening of a previous James Bond flick, “A View to a Kill,” in 1985.