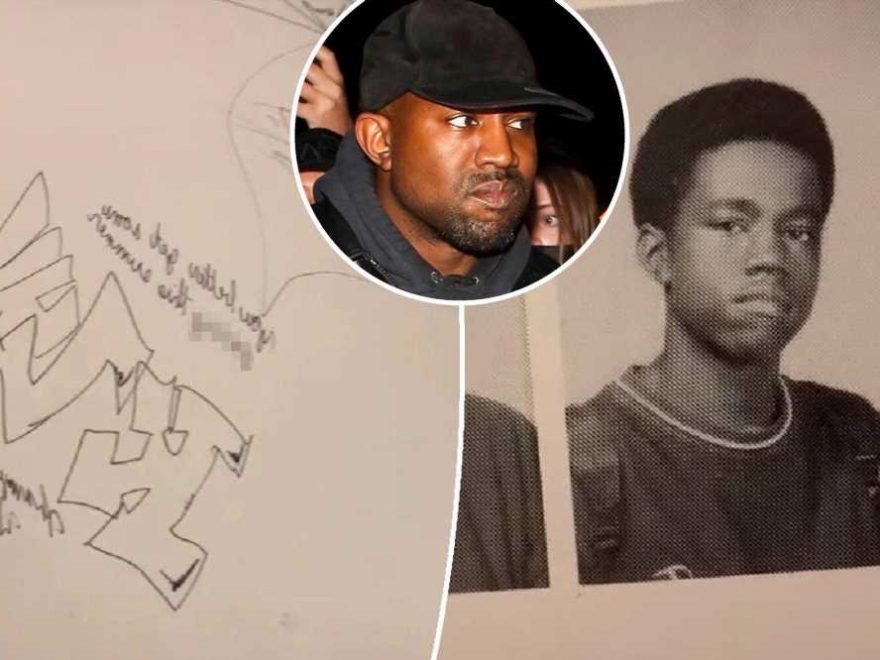 Kanye West admits past mistakes, says he wants his ‘family back together’

Kanye West is trending on TikTok over a NSFW comment he allegedly wrote in a high school pal’s yearbook.

A TikTok user named Abby Richardson posted the viral clip on Tuesday with the caption, “no joke ask my grandparents” and the rapper’s song, “All of the Lights,” playing over it.

She claimed in the video that her dad, Brian Richardson, was friends with West, 44, when they were in high school together.

Abby’s clip began with a current photo of herself and her father. “[Point of view] your dads best friend in high school was kanye west,” she wrote over the pic.

She then opened the yearbook to show her father’s name and class photo, later scanning over West’s moniker and pic that was listed in the same book.

The TikToker then flipped to the back of the yearbook, where several of her dad’s pals left notes and signatures, including West.

“You better get some p–y this summer,” the rapper allegedly wrote.

It has not been confirmed whether the Yeezy CEO actually penned the X-rated remark, if he was truly friends with Brian or they just happened to go to the same school together.

However, people on TikTok were convinced the comment was written by West with one person writing, “That message is so ye.”

Another wrote in awe, “Your dad was friends with the greatest artist of this generation.” 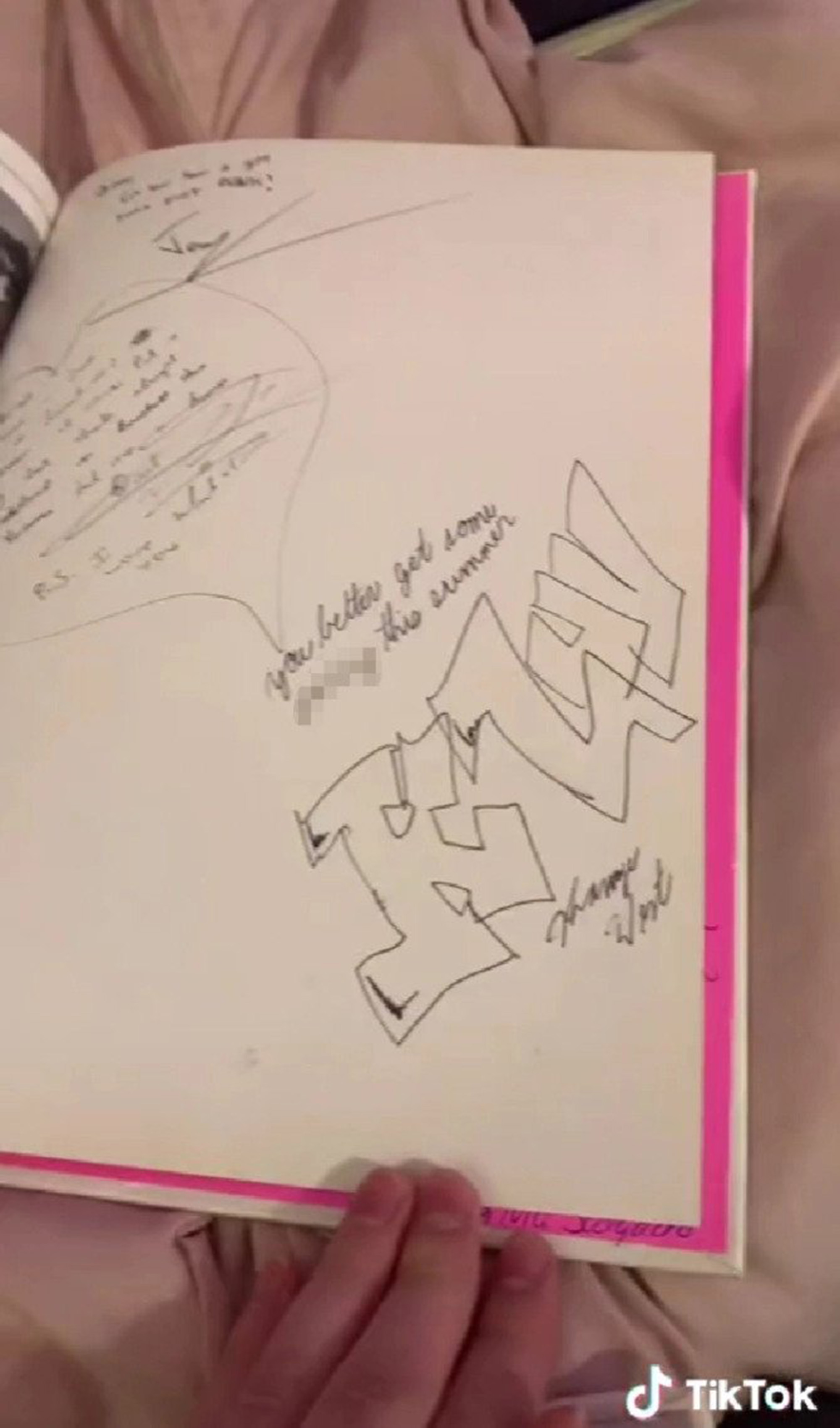 Abby further alleged that her dad and West’s friendship was going to continue long after high school.

“He was supposed to go with kanye to meet with [Jay-Z] but chose to stay back with my mom instead :/,” she claimed in the comments,

According to the Chicago Sun Times, West attended Polaris High School in Oak Lawn, Illinois, a suburban neighborhood. He graduated in 1995.

West was very artistic even during his times as a student. In an episode of
“Antiques Roadshow” in 2020, an art appraiser evaluated his works and estimated that the collection was valued at anywhere between $16,000 to $23,000. 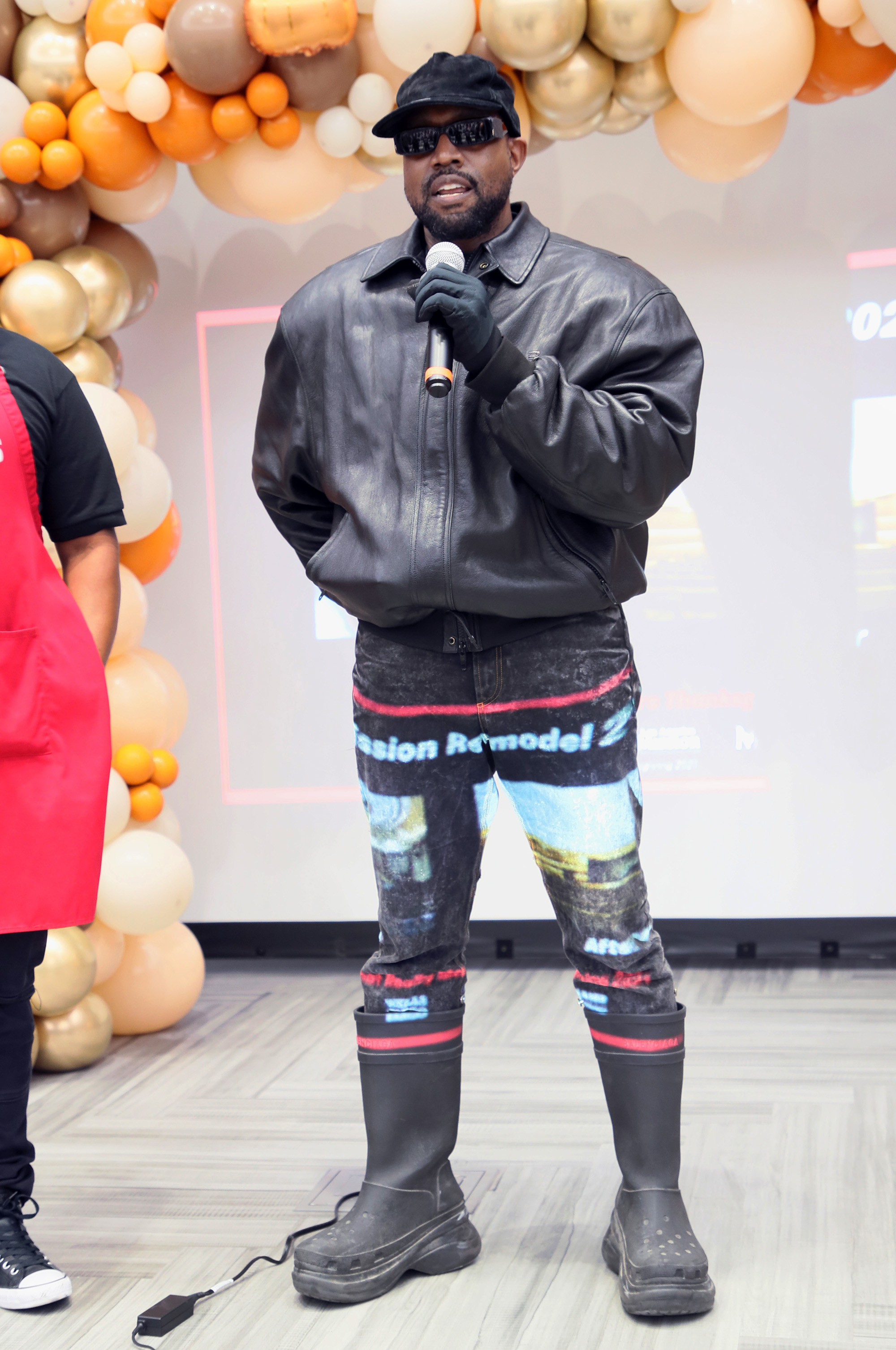 “I think what attracted me to these pieces is that a lot of people are probably not aware of how talented [West] is as an artist outside of his music career,” art specialist Laura Woolley explained. “I think these pieces demonstrate an extraordinary facility as an artist, and I selected this grouping because it shows the different mediums he was working in.”

West continues to celebrate the arts. He is currently in Miami for Art Basel, and attended the final Louis Vuitton show for his late friend, Virgil Abloh, alongside his estranged wife, Kim Kardashian, and daughter North West Tuesday night.