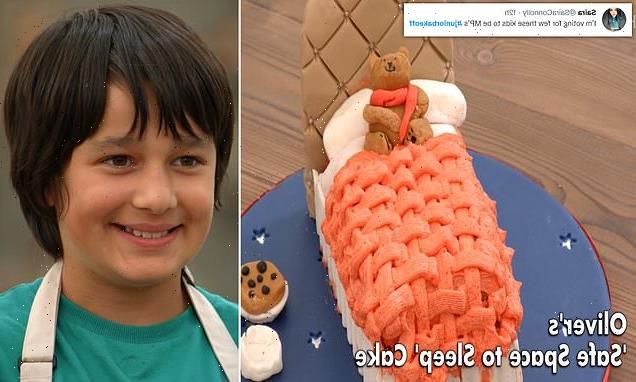 Make them MPs! Junior Bake Off viewers left ’emotional’ after children bake cakes to champion causes like ending homelessness and acceptance of neurodiversity

Viewers of Junior Bake Off have been left emotional after the children discussed the things they would prioritise if they were prime minister.

After the young bakers were asked to make a showstopper cake of causes they cared about in episode one of the new series, many viewers were left thinking the children would ‘do a better job’ in the hotseat than many of our current MPs.

As the junior bakers raised issues such as ending homelessness and acceptance for neurodiversity on the Channel 4 show, viewers praised the children for their humility – and baking skills.

One person wrote on Twitter: ‘I’m voting for a few of these kids to be MPs.’

In the first episode of the new series hosted by Harry Hill and judged by Ravneet Gill and Liam Charles, the young bakers put their skills to the test baking cakes.

For the final showstopper challenge, they were asked to create a layered cake representing the policies they would implement if they were leading the country. 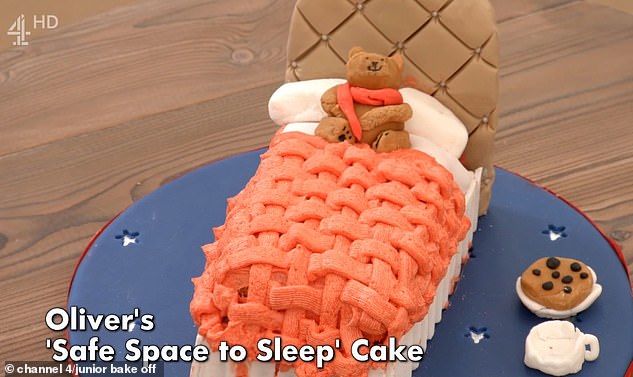 Viewers were emotional after one baker, Oliver, presented the judges with his ‘Safe Place to Sleep’ cake which was a nod to his policy to end homelessness The inventive bakers tackled issues including pet ownership and renewable energy in their bakes, leaving viewers in awe at their policies.

One baker, Oliver, created a ‘safe place to sleep’ cake in a nod to his concern over the homelessness crisis, the base of which was an almond sponge.

The judges were dazzled by the cake, which Ravneet said was ‘beautiful’.

She added: ‘The sponge is really light, the way you’ve contrasted it with the sharp raspberry inside… is brilliant.’

Liam, meanwhile, fist-bumped Oliver after tasting his cake. The young baker went on to win the Star Baker accolade. 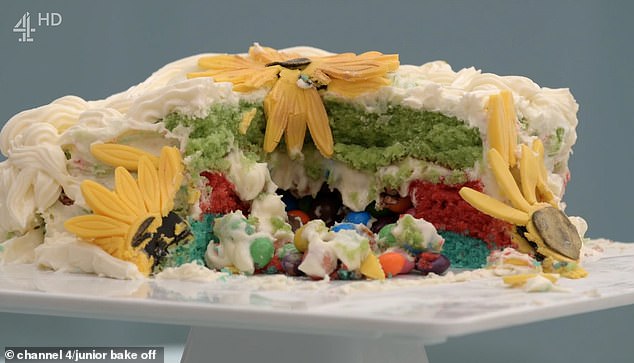 Viewers of the Channel 4 show praised the children for their bakes, adding they would ‘make better prime ministers’ than anyone running the country at the moment

Another baker, Ezekiel, presented the judges with a cake that celebrated neurodiversity as he said he wanted schools to be more inclusive of conditions including ADHD.

As viewers marvelled over the cakes, they joked that the children would be better leaders of the country than those in power at the moment.

One person wrote: ‘I think every one of the kids on Junior Bake Off would be a better prime minster than anyone in politics right now.’

Another said: ‘Snuggled up watching Junior Bake off, the kid’s making a bed cake to help end homelessness’, adding the heart emoji.

‘Junior Bake Off Gives hope,’ one person added. ‘Kids had to represent their choice law change in cake. Love Zeke’s idea for inclusion for neuro-diverse people.’

As the viewers said the children were future leaders in the making, one person joked: ‘I wonder who *was* prime minister when this was filmed.’

The joke was an apparent reference to Liz Truss’s 44 days in Number 10 before she was succeeded by Rishi Sunak.

Other showstopping cakes included one which represented baker Sofia’s policy that children should be able to have any pet they want.

Another represented a need for renewable energy with a solar panel inspired cake.

As the new series returned, viewers hailed the show as even better than the adult version of Bake Off.