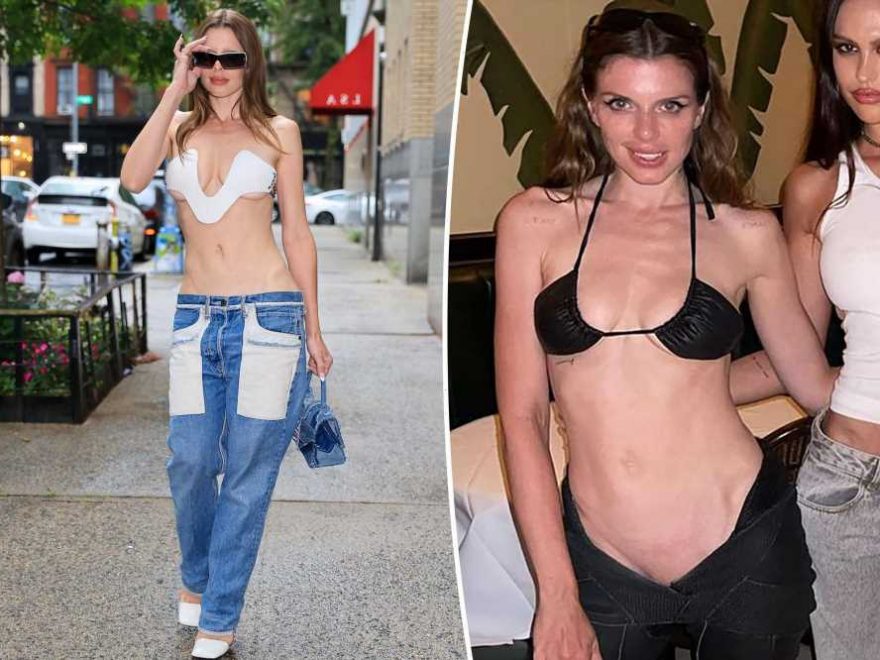 Julia Fox poses on top of a taxi in her underwear

How low can she go?

Julia Fox has long been a pro at pushing fashion boundaries, but her latest look might be an all-time high — or low, rather.

The “Uncut Gems” star recently took her pant rise as low as possible for a night out in New York City, wearing a black bikini top and patchwork leather trousers that dipped dangerously low in the front, inviting a wardrobe malfunction with every step.

She was joined by “Selling Sunset” star Christine Quinn, who was all covered in a yellow ruffled minidress, and Amelia Hamlin, sporting bleached brows and low-rise jeans that looked downright conservative in comparison to Fox’s.

Fans were quick to comment on the look on social media, creating memes and even comparing her to a centaur due to the seemingly never-ending torso.

“I wish i was as confident about anything as julia fox is about those pants staying up,” one person tweeted. Another said, “Julia Fox in Uncut Gems feels like a fever dream at this point. Everyday she strays further from the light as she transforms into Jar Jar Binks.”

Wrote a third, “I want everyone to wear whatever they want & to feel comfortable & authentic in who they are except for Julia Fox in these pants. Afraid I can’t allow it.” 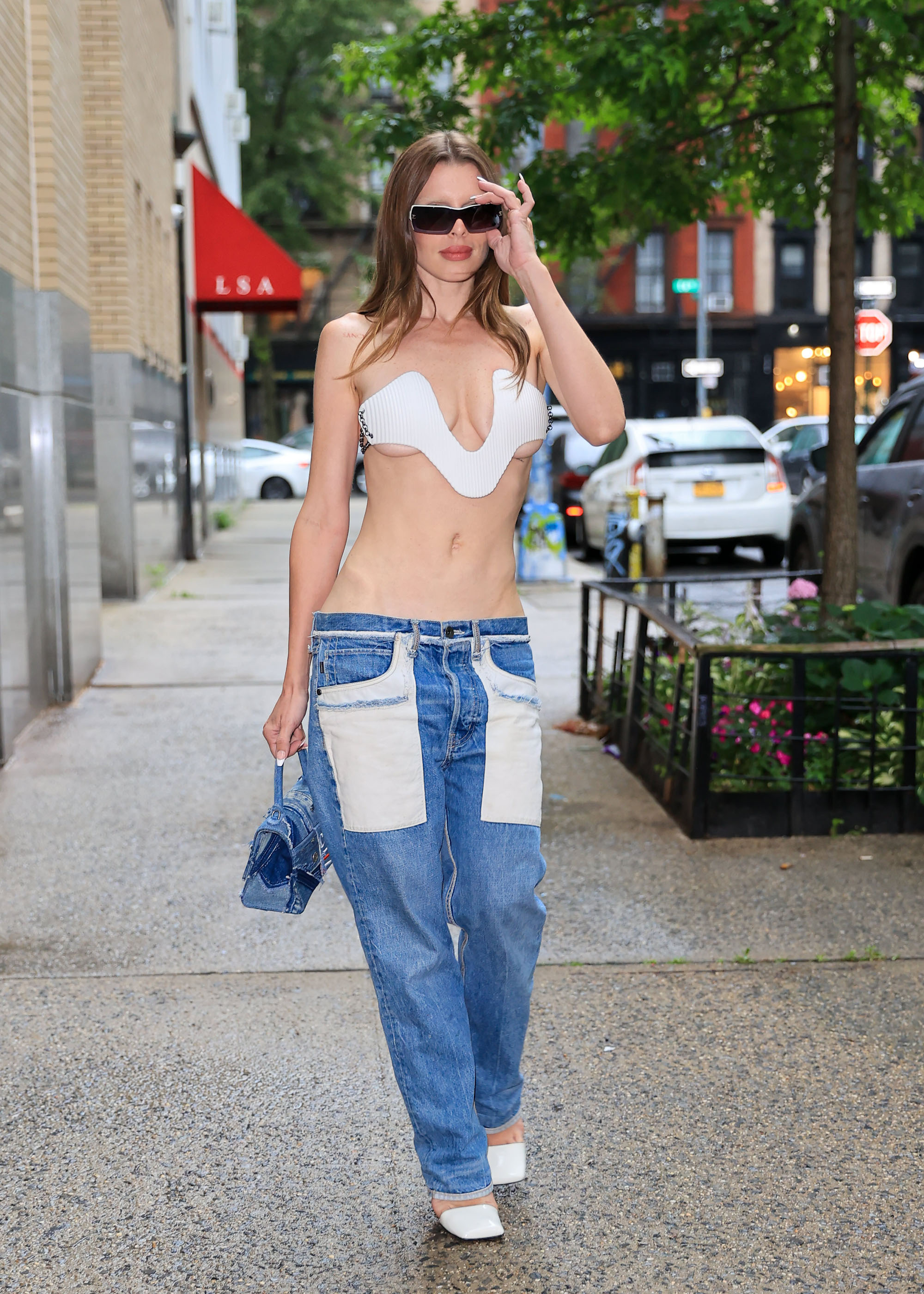 Always quick to poke fun at herself, the actress, 32, reposted a photo of herself as a half-horse with the caption, “sleigh.”

It seems the designer behind the look, Liza Keane, is also in on the joke, as she also posted a photo of Fox with the cheeky caption, “‘the internet is extremely confused by Julia Fox’s low rise pants.’”

In fact, the centaur comparisons seem to be on point: The polarizing pants hail from Keane’s “Beast” collection.

The outfit is just the latest in a slew of scandalous style moments for Kanye West’s ex, who in recent days has sported a flaming leather coat, posed on top of a cab in nothing but Alexander Wang underwear and modeled butt-baring lace-up look.