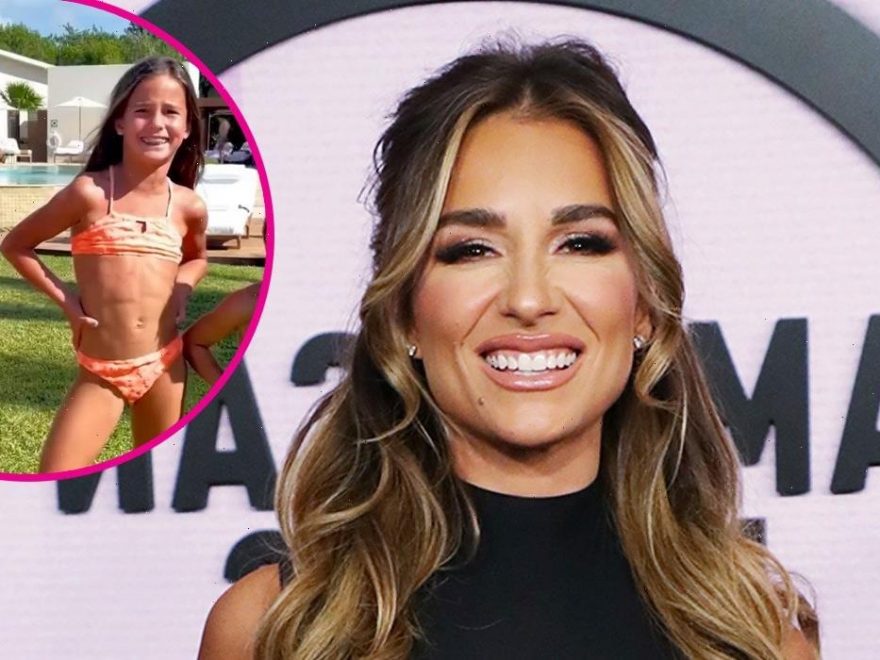 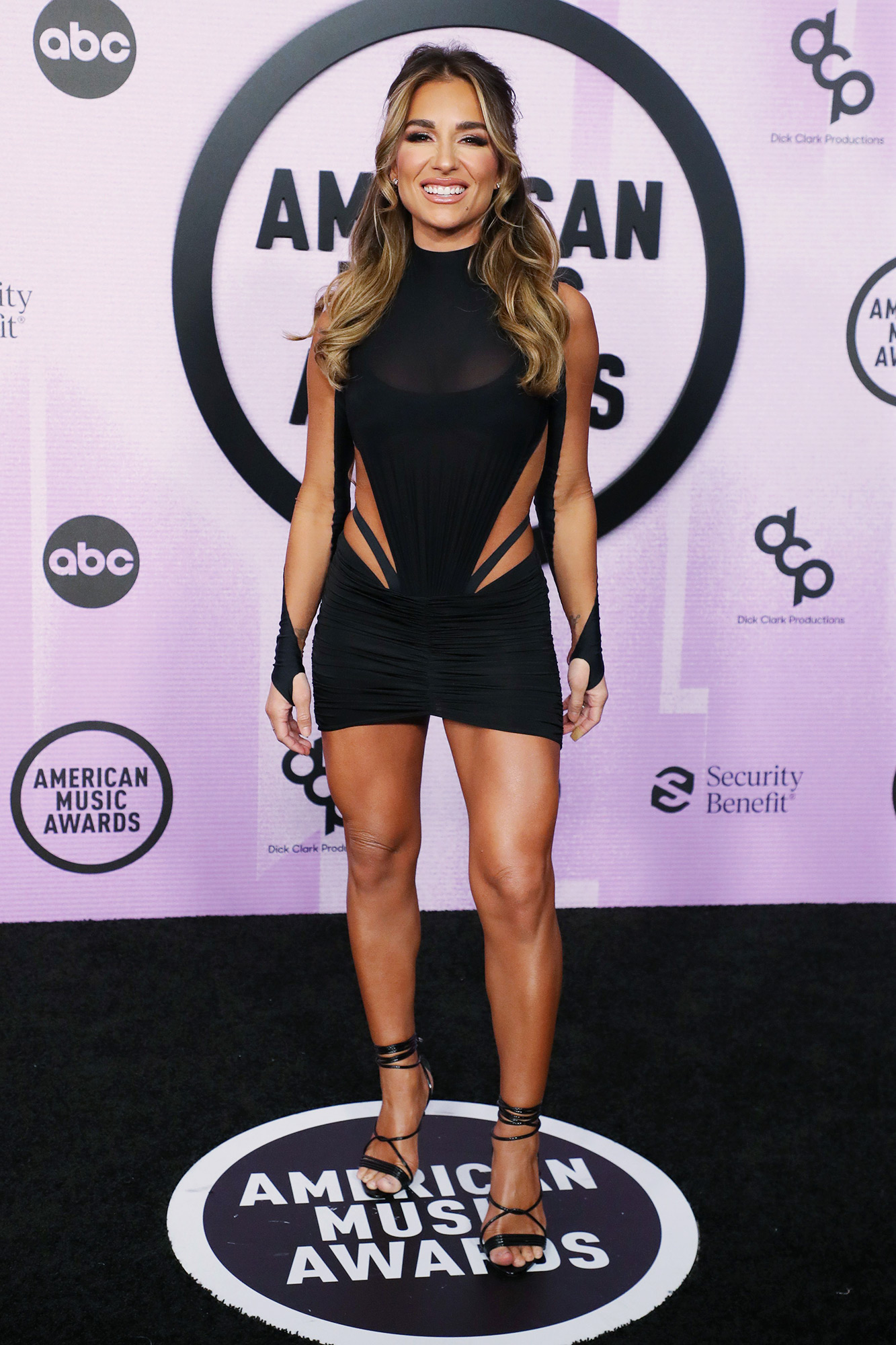 Defending her kiddos. After Jessie James Decker proudly showed off a photo of her and husband Eric Decker‘s kids flexing, she was surprised by the backlash — including accusations of Photoshopping and over-exercising — which she says should have never happened.

Every Time Jessie James Decker Clapped Back at Trolls

“When I posted the pix of our vacation and included the kids being silly flexing on the beach on our thanksgiving trip I had NO clue it would get the reaction it did,” the country singer, 34, wrote via Instagram on Monday, November 28. “But Being accused of photoshopping abs on my kids (I can’t help but laugh) or … the polar opposite over ‘overtraining’ our kids makes me realize how bizarre our world has gotten regarding the body and what’s normal and what’s not.”

The Dancing With the Stars alum said that people shouldn’t consider muscle definition bizarre on a child, especially when the kids are so involved in competitive activities. Daughter Vivianne, 8, is a gymnast; son Eric Jr., 7, plays football; son Forrest, 4, is a dancer.

“We preach about body positivity and acceptance but my kids having a mass amount of genetic and built muscle from athletics is ‘weird’?” James Decker added. “I want to raise my kids to feel proud of their bodies and hard work from either Vivi’s elite competitive gymnastics to Eric Jr wanting to be like dad as an NFL receiver to little Forrest who spends hours dancing his heart out.” 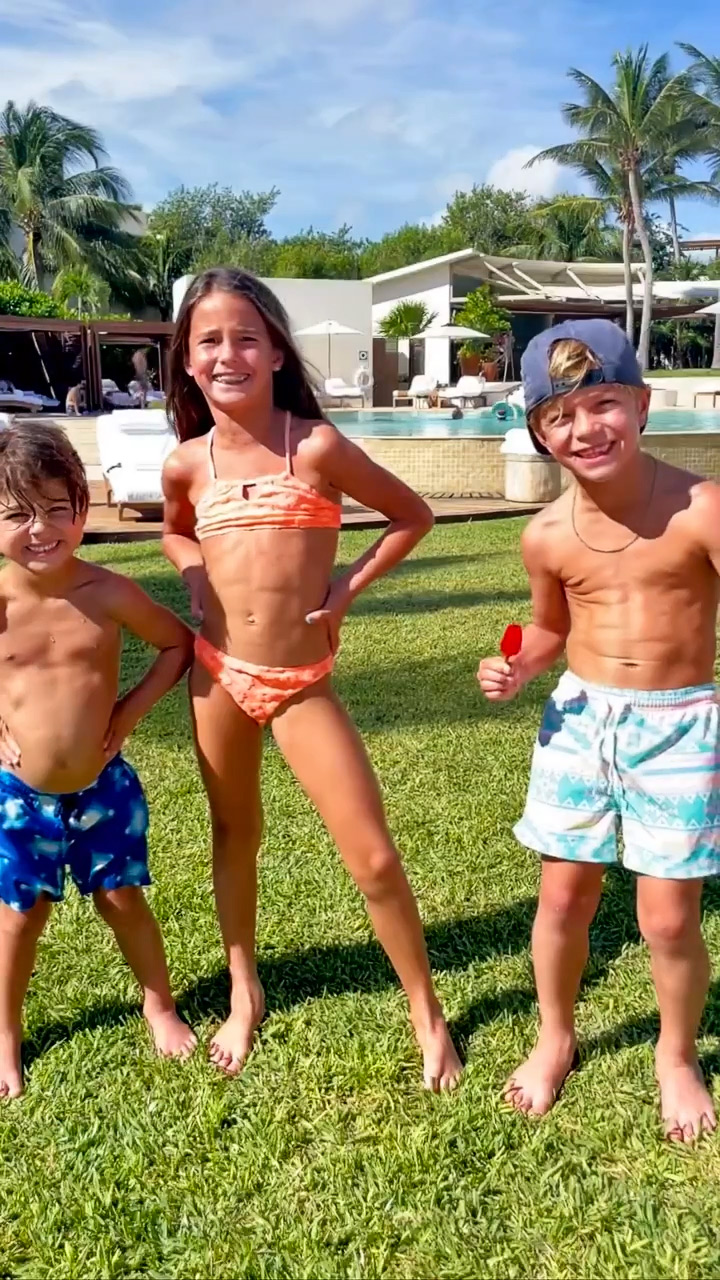 She concluded: “Let’s not pick and choose what we normalize regarding bodies and be accepting of all people and children. If we wanna do ‘better’ then do better. I’m proud of my children and encourage them to live their dreams. So we’ll see y’all at the 2032 Olympics, and wearing Bubbys jersey in the stands and dancing at Forrests rock concert✌️.”

The Kittenish founder first posted a beach photo showing the kids flexing for the camera on Saturday, November 26.

Celebs including Selma Blair, Kelly Rowland and DWTS partner Alan Bersten were jealous of her kids’ toned physiques, but James Decker was quickly under fire, with many saying her three little ones looked “weird” due to their physiques.

“That doesn’t look right … Sorry, not sorry 🤷‍♀️,” one Instagram user replied before the Kittenish founder slammed the alleged concern.

“It’s a sad world we live in today when having healthy fit kids who are super active, play sports [and] build muscle naturally is ‘weird,’” the mom responded.

Jessie James Decker’s Family Drama Through the Years: A Timeline

“From one mother to another. Please don’t call my children’s appearance strange just because they don’t look the way you think they should?” the Italy native wrote on Saturday. “It’s unkind ❤️.”