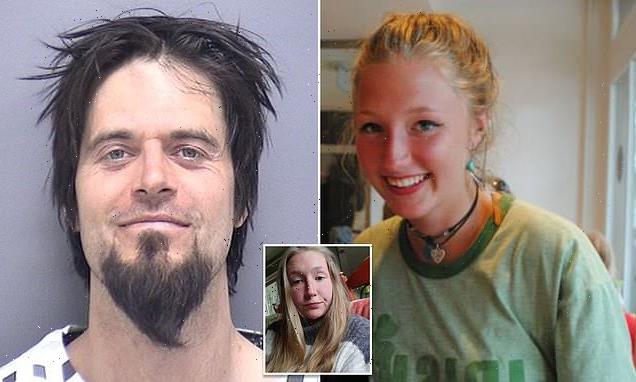 A woman has revealed how she gave birth to her dead son after her partner killed him in a jealous rage.

Isabelle Irish, 27, a gardener from Bournemouth, was attacked by her boyfriend, Asa Davison, 35, while she was seven months pregnant with her ex-partner’s baby, who was conceived before they met.

Unbeknown to Isabelle, Davison, who was jailed for life at Bournemouth Crown Court in January 2022, had harboured resentment towards her and her unborn child because her ex was the father.

Davison kicked and punched Isabelle in the stomach and she was rushed to hospital where doctors couldn’t find a heartbeat.

Sadly, Isabelle, who had a fractured eye socket and bruises across her abdomen, was forced to give birth to her deceased child.

At Davison’s trial in December last year, the court heard that he resented the prospect of feeding and raising another man’s child, and made a recording on his phone, saying: ‘I don’t give a s**t about your baby.’ 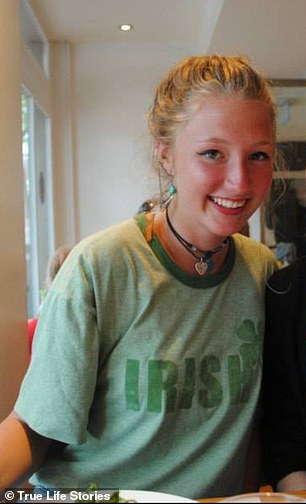 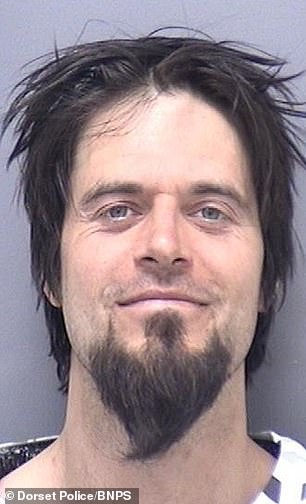 Isabelle Irish (pictured left in 2019), 27, a gardener from Bournemouth, was attacked by her boyfriend, Asa Davison, 35, while she was seven months along 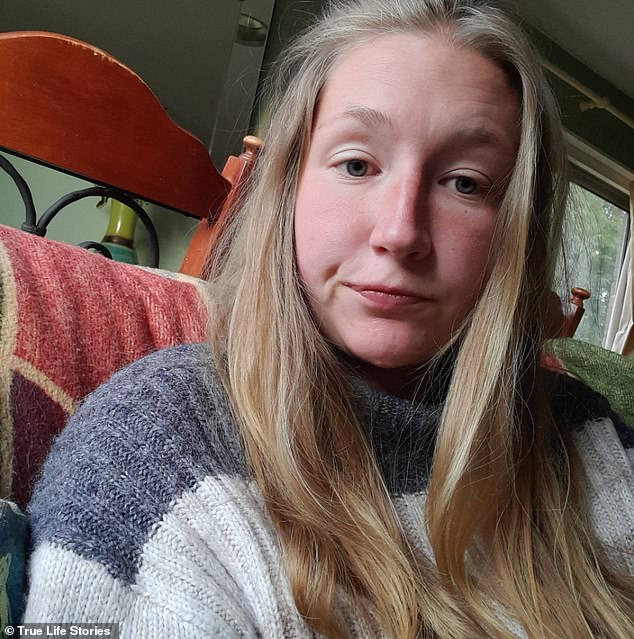 Unbeknown to Isabelle (pictured recently), Davison, who was later jailed for 12 years, had harboured resentment towards her and her unborn child as her ex-partner was the father

Isabelle said: ‘Asa made me believe he was going to take care of me and my baby. But he clearly resented us and he took matters into his own hands. I refuse to let what happened that day define me and I just want to move forward.’

In December 2019, Isabelle didn’t know she was pregnant when she began dating Davison.

Isabelle recalled: ‘We met through mutual friends. I’d never had a guy make me feel so special. I couldn’t believe how well we connected too. I was smitten.’

A week later, Isabelle noticed she’d put on weight and became concerned. Worried, Davison took her to the doctors, and they discovered she was two months pregnant.

Isabelle said: ‘Asa and I had only been dating for a week and hadn’t slept together yet. Which meant the baby was my ex’s. I felt so lost.

‘I didn’t want to bring a baby into a broken home and I wasn’t sure if I could do it. But Asa held my hand and told me everything was going to be okay. He said he’d be there for me and the baby. He promised to support us.’

Soon after, Isabelle broke the news to her ex-partner but claims he didn’t want anything to do with the baby. 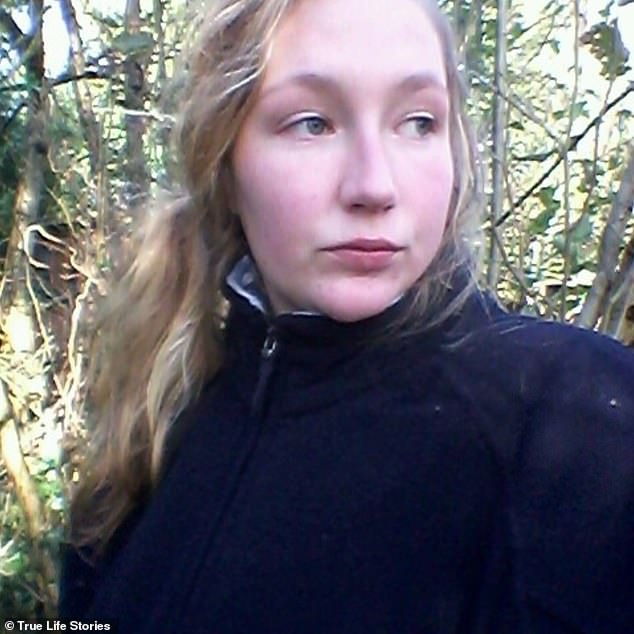 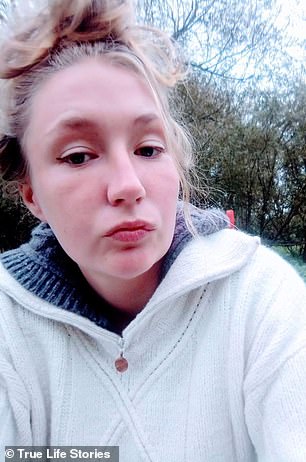 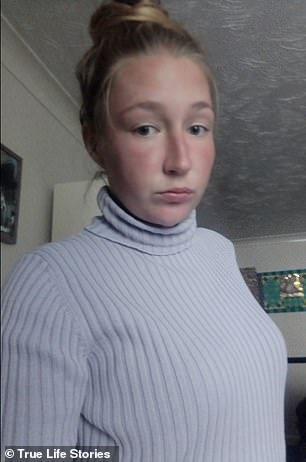 Sadly, Isabelle (pictured recently), who had a fractured eye socket and bruises across her abdomen, was forced to give birth to her deceased child

‘Asa told me he’d help with the baby and that we could move in with him. As my belly grew larger, he cleaned and cooked for me every day,’ said Isabelle. ‘He went with me to the doctors every time too.’

But one afternoon, in March 2020, Davison took Isabelle to her five-month scan.

She recalled: ‘Asa was fine at the appointment. But when we got home, I caught him burning the ultrasound scan in a bonfire in the garden.

‘As I was so heavily pregnant, I decided not to confront him. I didn’t want to be stressed and harm the baby. But I had a horrible feeling he wasn’t happy about me having the baby after all. I convinced myself it was a misunderstanding.’

But after that, Davison became aggressive and controlling around the house. He began making jealous comments about the baby not being his and Isabelle became afraid of him.

Months later, in May 2020, when Isabelle was seven months pregnant, Davison shoved her against a wall and shouted that the baby wasn’t his. 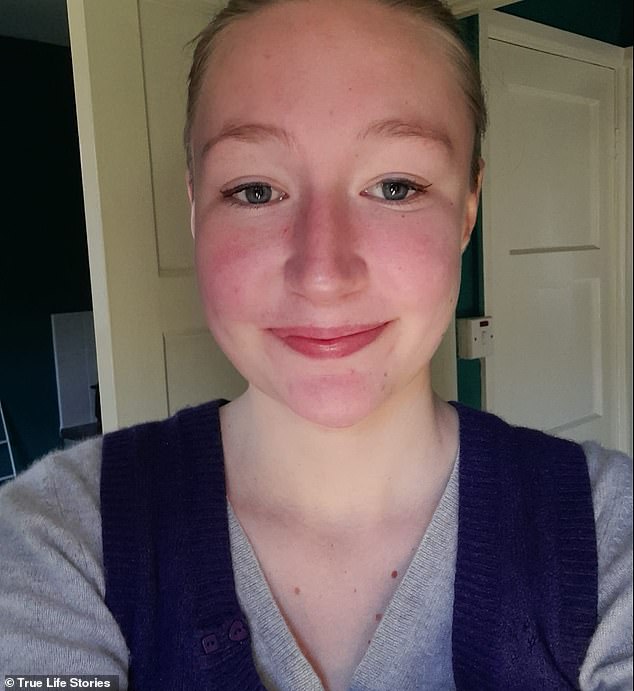 In December 2019, Isabelle (pictured recently) didn’t know she was pregnant when she began dating Davison

Isabelle explained: ‘Terrified, I escaped the house. My belly was huge so I waddled as fast as I could down the street. But minutes later, I saw Asa cycling towards me on his bike in the dark.

‘He caught up with me and pushed his bike onto my stomach, trapping me. In agony, I screamed at him to stop, before managing to lift the bike off my stomach. I tried to run as fast as I could.’

But shortly after, Davison grabbed Isabelle and dragged her across the road.

‘I felt a hard thump on my stomach. I looked down and saw Asa punching me. Then, his fist came flying towards my face,’ said Isabelle. ‘He beat me repeatedly in the stomach until I blacked out.

‘When I next woke up, Asa was gone and there was a horrible, sharp pain in my stomach. I felt something wet between my legs too. I had an awful feeling.’

Isabelle managed to bang on someone’s door and they called the police. Minutes later, paramedics rushed to Isabelle’s aid, and she was blue-lighted to Salisbury District Hospital. 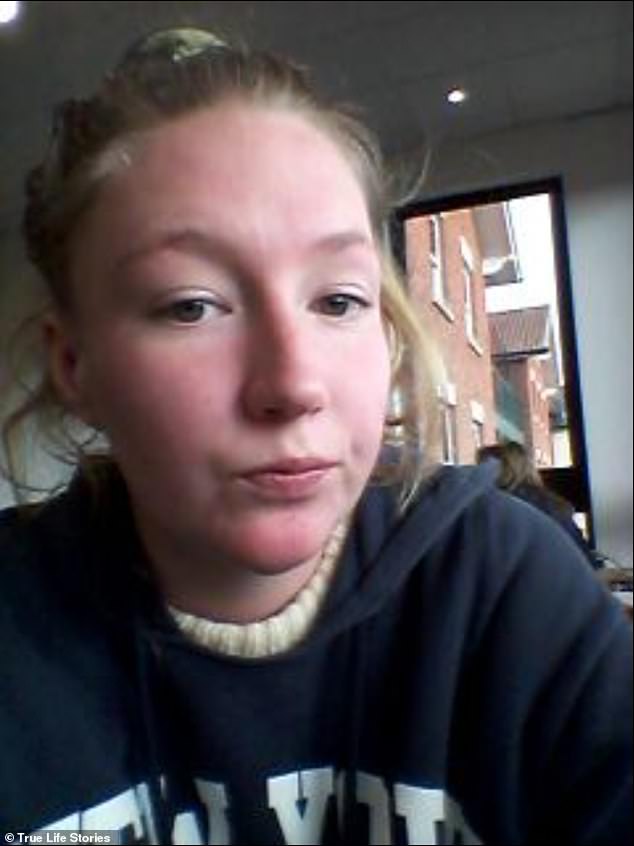 A week later, Isabelle noticed she’d put on weight and became concerned. Worried, Davison took her to the doctors, and they discovered she was two months pregnant

She recalled: ‘There, a doctor sat me down and told me they couldn’t find a heartbeat. I just nodded. I felt numb.’

Sadly, Isabelle was rushed into theatre and she was forced to give birth to her dead baby.

‘Still out of it, I began seeing a white light. I was on so many pain killers. I was still concussed from the blows to my head too. After the final push, the doctor held up my baby. It was a boy,’ recalled Isabelle.

‘They asked me if I wanted to hold him to say goodbye but I looked the other way. I couldn’t bear the thought of it. I just wanted it all to be over.’

Afterwards, Isabelle, who had a fractured eye socket and bruises on her abdomen that matched Asa’s fists, recovered in hospital.

Two days later, Davison was found hiding at a friend’s house and he was arrested.

Isabelle admitted: ‘I couldn’t comprehend how he’d done this. I loved him. During the next year, I suffered with nightmares and tremors, thinking about Asa. I remembered how he’d burned the scan photo. I wished I’d listened to the signs.’

In October 2021, Asa Davison, 35, of Gillingham, Dorset, was found guilty of one count of child destruction and one count of grievous bodily harm with intent at Bournemouth Crown Court. He was jailed for 12 years.

Isabelle said: ‘In court, I expected him to look guilty and show remorse. But he was smug. Seeing him again made me feel sick.

‘I’m relieved he’s behind bars. Looking back, he clearly resented me for having my ex’s baby. So he killed him. Now, I am in a new relationship, and I am trying to put this all behind me.’