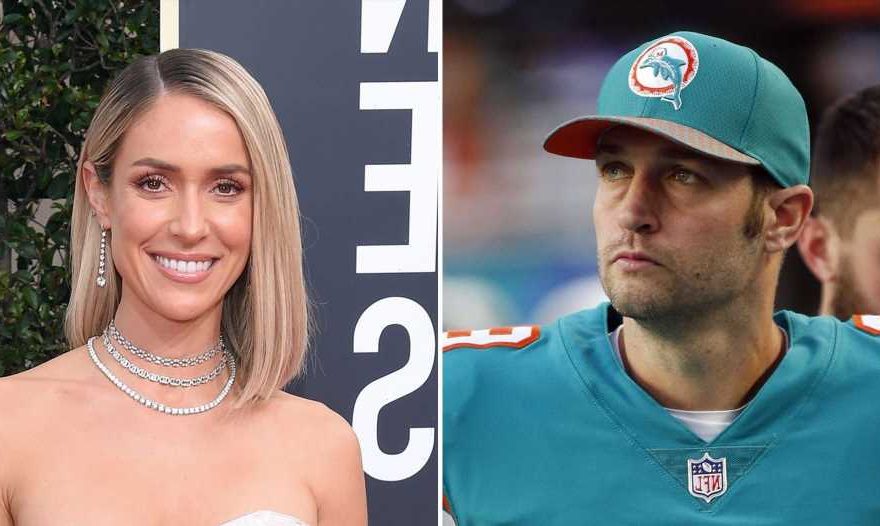 Looking on the bright side. Jay Cutler revealed he “threw a party” after he settled with estranged wife Kristin Cavallari amid their divorce.

Everything Kristin Cavallari, Jay Cutler Have Said About Their Relationship

“When the settlement came through, I threw a party,” the former NFL player, 39, said on the Wednesday, June 1, episode of his podcast, “Uncut With Jay Cutler” on PodcastOne. Still, he added, “I don’t recommend divorce for anybody. I’m just gonna go ahead and say that, but, um, it worked out. It worked out for Kristin. It worked out for me, so it is what it is.”

The retired athlete’s guest, Clay Travis, joked, “I would guarantee that you are the first quarterback to get divorced and make money in the NFL off the divorce. Has anyone told you that before?” Cutler burst into laughter.

“I don’t know what I can say, first of all. I don’t know if I made money,” the Tennessee resident chuckled. “Yes, it’s very funny.”

Kristin Cavallari and Jay Cutler’s Messy Split: Everything We Know

Cutler and the former Laguna Beach star, 35, split in April 2020 after nearly seven years of marriage. They share children Camden, 9, Jaxon, 8, and Saylor, 6, and their divorce has yet to be finalized, a source exclusively tells Us Weekly.

Despite the ongoing legal process, the sports journalist was certain that Cutler’s split was very different from those of other athletes — at least on the financial side. “I guarantee you … ’cause most guys they get married and they’re cutting checks and they’re done for,” the “The Clay Travis and Buck Sexton Show” podcast host insisted. “I bet you are the first starting quarterback in NFL history to make money on a divorce.”

Since their split, the former Chicago Bears player has been linked to Southern Charm‘s Madison LeCroy and Jana Kramer while Cavallari has been spotted with comedian Jeff Dye and singer Chase Rice. However, the Uncommon James founder has focused her post-split efforts on improving herself.

“For the longest time I didn’t make time for myself and now obviously with coparenting I’ve had time for myself,” she told Us in October 2020. “And it’s been nice to be able to focus on me and figure out who I am now and what I ultimately want out of life.”

Everything Kristin Cavallari, Jay Cutler Said About Getting Back Into Dating

More recently, the Hills alum revealed that she feels she worked through all of her inner turmoil connected to her split.

“Through my divorce, I’ve done a lot of reflecting and I’ve really looked inward,” Cavallari said during the April 27 episode of “The Bellas Podcast” with Nikki Bella and Brie Bella. “And I’ve really just focused on myself and making sure that I worked through everything with my ex and really closed that chapter.”