Meghan, the Duchess of Sussex, described parenthood as “magic” as the first-time mom and her husband, Prince Harry, debuted their newborn son to the world Wednesday at Windsor Castle.

Meghan, who gave birth Monday at 5:26 a.m. local time, described the baby, whose name will be announced later, as “the dream.” 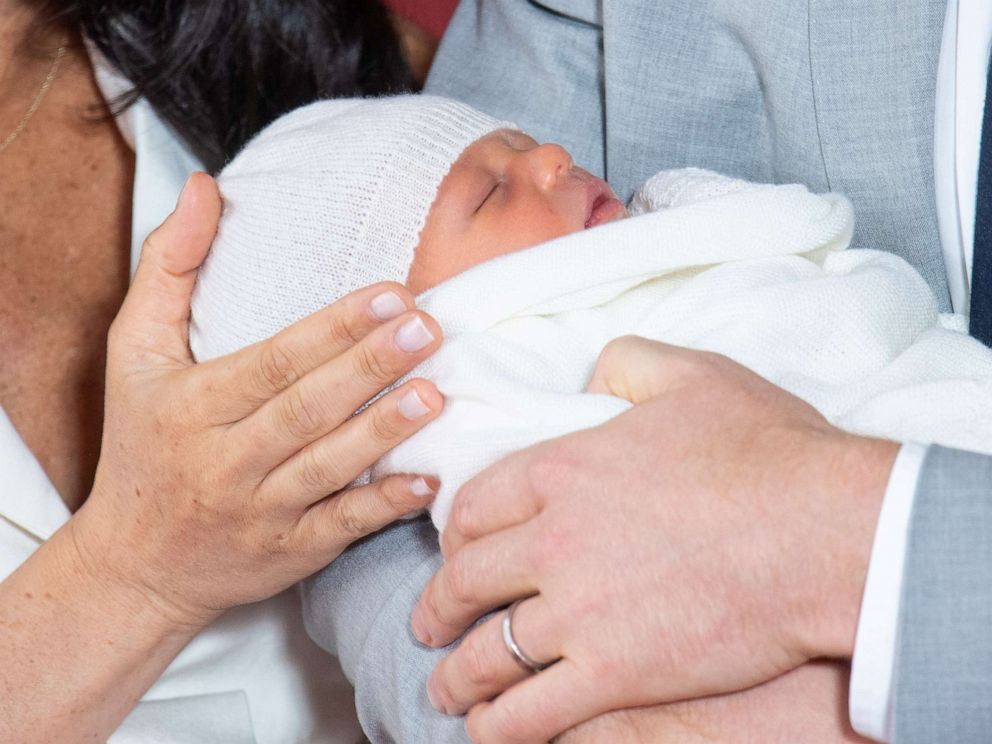 “He has the sweetest temperament. He’s really calm,” said Meghan, prompting Harry to joke beside her, “I wonder who he gets that from.”

“He’s just been the dream, so it’s been a special couple days,” added Meghan, who was last seen in an official public appearance in March. 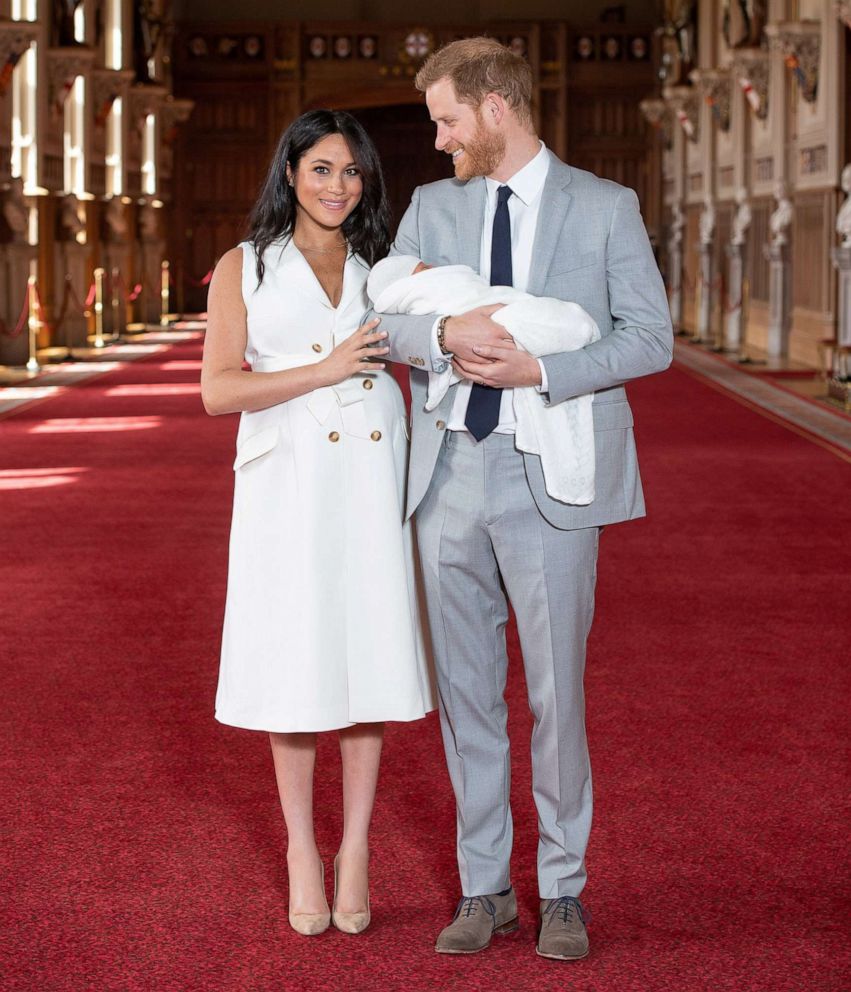 Meghan, dressed in a cream, sleeveless dress, touched her son’s head affectionately as she and Harry, who held the baby throughout the photo call, answered reporters’ questions at Windsor Castle, a short walk from their Frogmore Cottage home.

The interview with the family of three took place inside St. George’s Hall at Windsor Castle, the same venue for Harry and Meghan’s wedding reception after their May 19 wedding service in St George’s Chapel.

When asked if the baby resembles mom or dad, Harry and Meghan said they are still “trying to figure that out.” 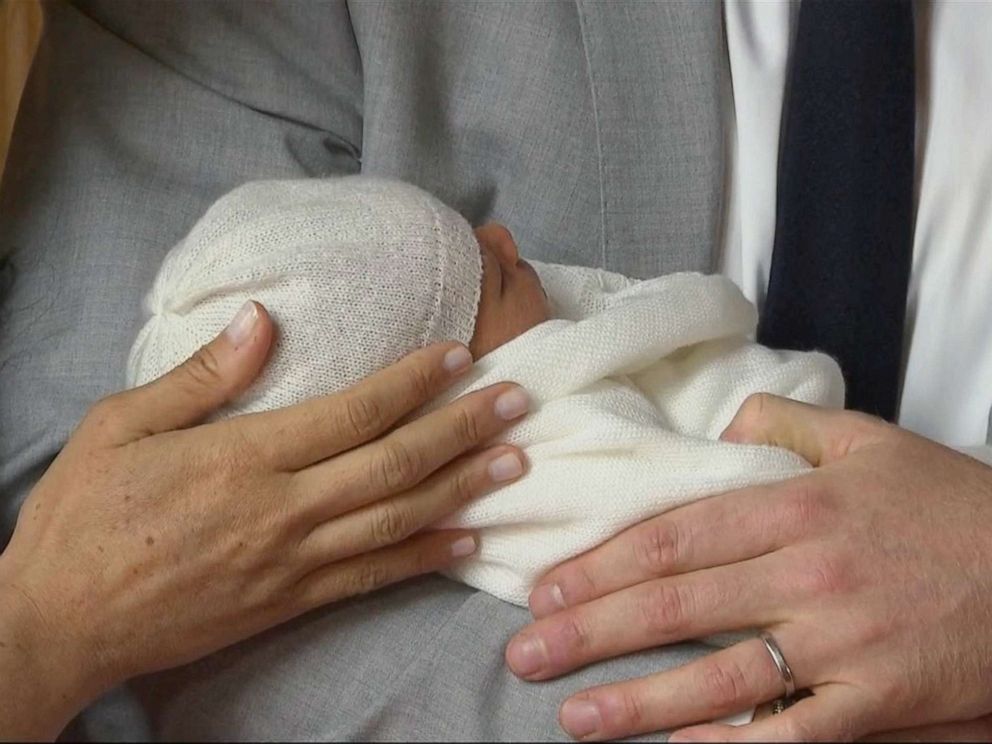 “Everyone says that babies change so much over two weeks — we’re basically sort of monitoring how the changing process happens over this next month really,” Harry said. “But his looks are changing every single day, so who knows.”

While sporting a beard himself, Harry also joked, “He’s already got a little bit of facial hair as well, wonderful.”

Harry, an uncle to Prince William and Kate’s three children, described being “thrilled” to have his own “bundle of joy.”

“Parenting is amazing,” Harry said. “It’s only been, what, two-and-a-half days, three days? But we’re just so thrilled to have our own little bundle of joy here to spend some precious times with him as he slowly starts to grow up.” 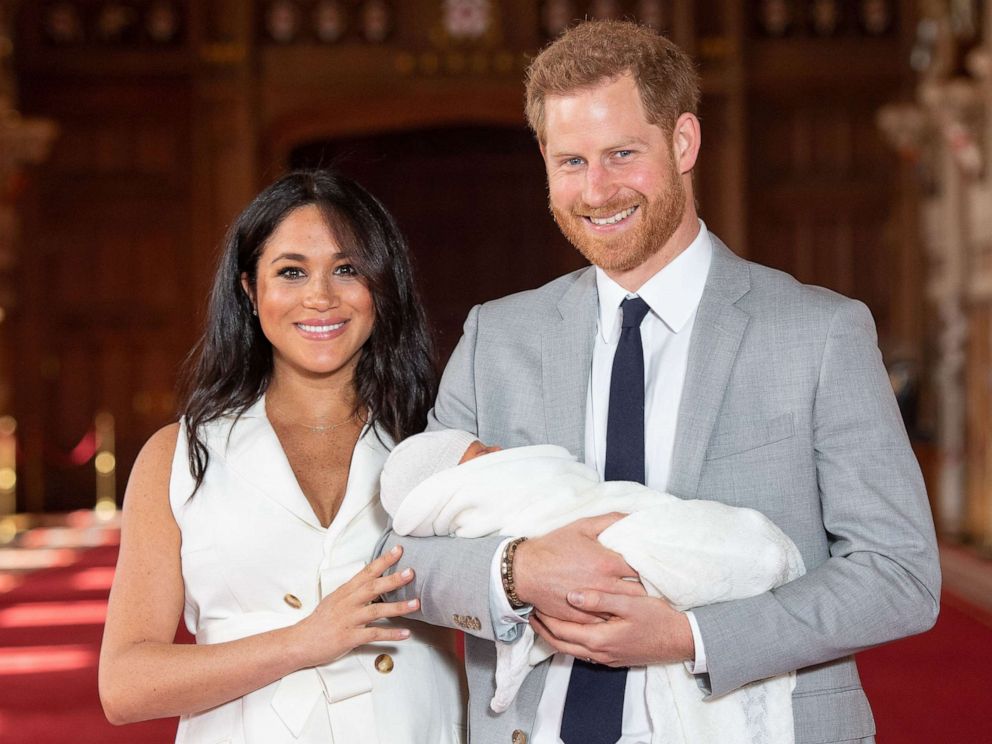 Baby Sussex is Queen Elizabeth and Prince Philip’s eighth great-grandchild. They are the first members of the royal family to meet Harry and Meghan’s son.

“It’ll be a nice moment to introduce the baby to more family,” Meghan said of baby’s introduction to the royals. “And my mom is with us as well.”

The birth announcement issued by Buckingham Palace indicated Meghan and Harry were at home at Frogmore Cottage along with Meghan’s mother, Doria Ragland, just a few hours after the birth. The baby weighed 7 pounds, 3 ounces at birth, according to Buckingham Palace.

The couple decided to skip posing for photographers outside the hospital after the birth of their son, as was done by Princess Kate and Princess Diana, and instead pose on their own time, after they had a few days together as a family. 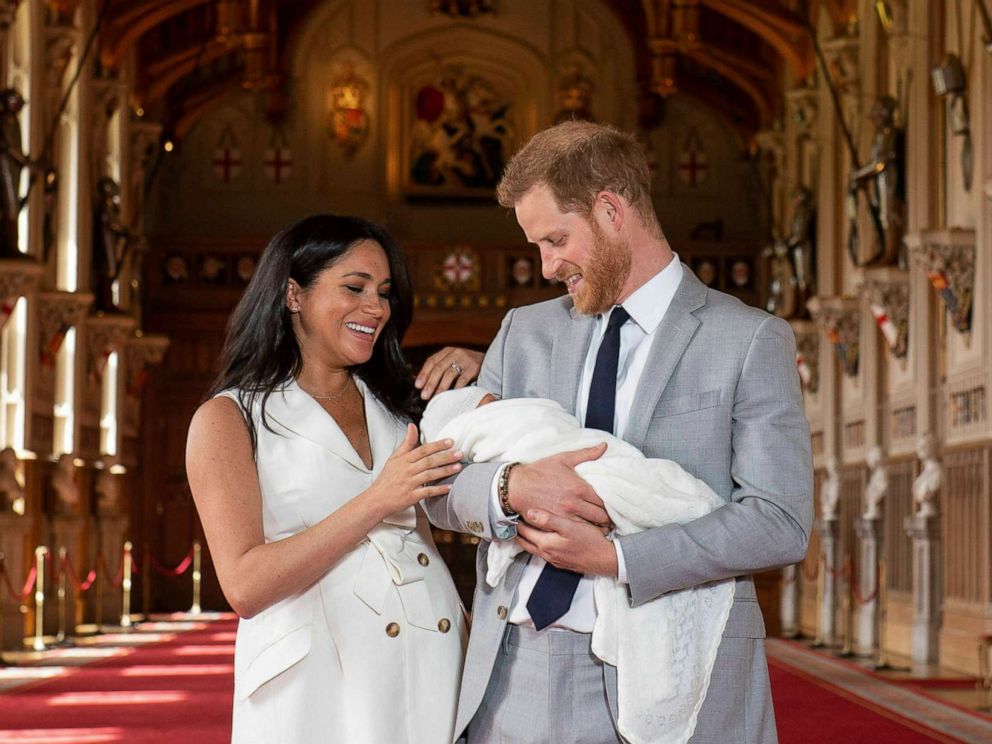 Harry and Meghan’s baby is the fourth grandchild for Harry’s father, Prince Charles, who is currently on an official visit to Germany.

“We couldn’t be more delighted at the news and we’re looking forward to meeting the baby when we return,” Charles said Tuesday while visiting Berlin with Camilla, the Duchess of Cornwall.

Prince William also sent his congratulations to his brother Tuesday, jokingly welcoming him to the “sleep deprivation society.”

“I’m very pleased and glad to welcome my own brother into the sleep deprivation society that is parenting,” William, the father of three kids age 5 and under, said Tuesday as he and his wife, Kate, the Duchess of Cambridge, attended the The King’s Cup regatta in London. “[I’m] absolutely thrilled and obviously looking forward to seeing them in the next few days when things have quieted down.”

Buckingham Palace has not commented on how much time Prince Harry and Meghan plan to take off after the birth of their first child.

They are spending time now with their son at Frogmore Cottage alongside Meghan’s mom, who traveled to the U.K. from her home in Los Angeles. 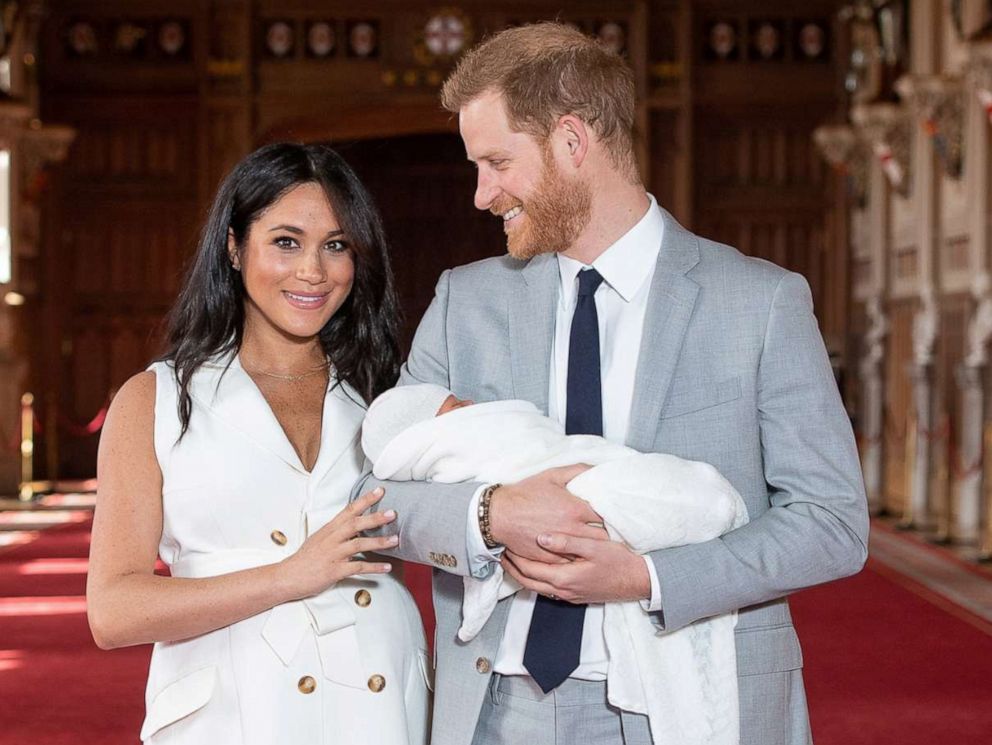 Meghan also took a moment Wednesday to thank people around the world for their support.

“Thank you every body for all the well wishes and the kindness,” she said. “It just means so much.”