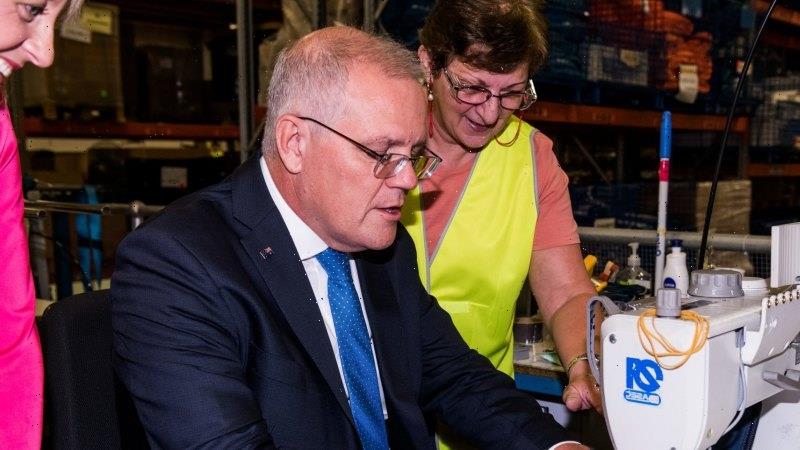 It truly is astounding that all the terrible roads, decrepit playgrounds and poorly serviced health areas just happen to be in a handful of marginal electorates sprinkled around the country.

Even more astounding is that these concerns can all be addressed in a few weeks that lead up to a federal election.

The 2022 election campaign is proving to be just as bad as its 2019 predecessor in terms of the way our major political parties are using taxpayers’ cash to woo voters in specific seats that could determine the poll’s result. 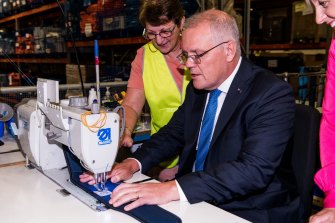 Trying to sew up more votes, Scott Morrison and the Coalition have promised billions of dollars for key marginal seats since the budget.Credit:James Brickwood

For instance, money has (again) been poured into the ultra-marginal electorates of Bass and Braddon in Tasmania. It stretches from the substantial (more than $600 million alone by the Coalition into Bass) to the not so substantial (a $1.5 million commitment by the Coalition to the Slipstream circus in Ulverstone).

A bit further down the Midland Highway to the safe Labor seat of Franklin, the Coalition’s financial interest disappears to loose change.

On the mainland, the key marginal seat of Gilmore on the NSW South Coast must have some of the worst roads in the country. Long-term ignorance by the federal and state governments is now being addressed by the Coalition, which has managed to pledge $430 million in road projects in four weeks.

Not to be outdone, Labor has promised more than $100 million worth of projects in the same seat including $45,000 on outdoor sun and rain protection for a local high school. 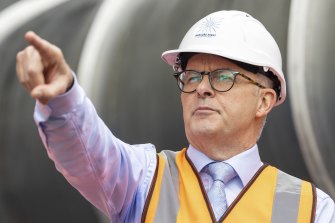 Opposition Leader Anthony Albanese campaigning in the marginal seat of Gilmore, where Labor has promised $100 million worth of support. Credit:Alex Ellinghausen

Labor is no better. One of Anthony Albanese’s main promises in the first week of the election campaign was around Medicare urgent care clinics. Of the five announced, three of them happen to be on their way to marginal electorates.

It is also promising community batteries (these 4WD-sized facilities can store enough power for 250 homes) as part of its energy policy. Those announced so far just happen to be in key Labor-held seats or ones it would like to hold.

And if you can’t promise something straight away, candidates are keen to get up a petition. One Liberal candidate in a must-win seat in Western Australia has at least five petitions on her Facebook page.

Fighting to hold the Liberal Party’s most marginal seat in Victoria, Gladys Liu told her Facebook followers to sign a petition on April 5 to upgrade the local Mirrabooka Reserve.

Four days later, Labor was promising $2 million to the project. Four days after that, Ms Liu declared victory with the Coalition committing $3 million.

Don’t worry, it’s only taxpayers’ money being thrown about.

Among all the press releases, tweets or Facebook posts about the money about to be lavished upon the special electorates, there’s almost no mention of just how the promises are to be afforded.

There was no mention of the actual deficit ($80 billion this year, $78 billion next year) or actual debt (currently $890 billion and on its way to $1 trillion). The post came before she spruiked cost-of-living payments and a reduction in fuel excise that will cost taxpayers $9 billion in budget repair.

And Dr Martin did a video to celebrate $180,000 worth of soft fall for a local playground in a seat that was one of the most pork-barrelled at the 2019 election.

Not that any of this will matter to whichever party wins on May 21. To them, it will be the cost of doing business.