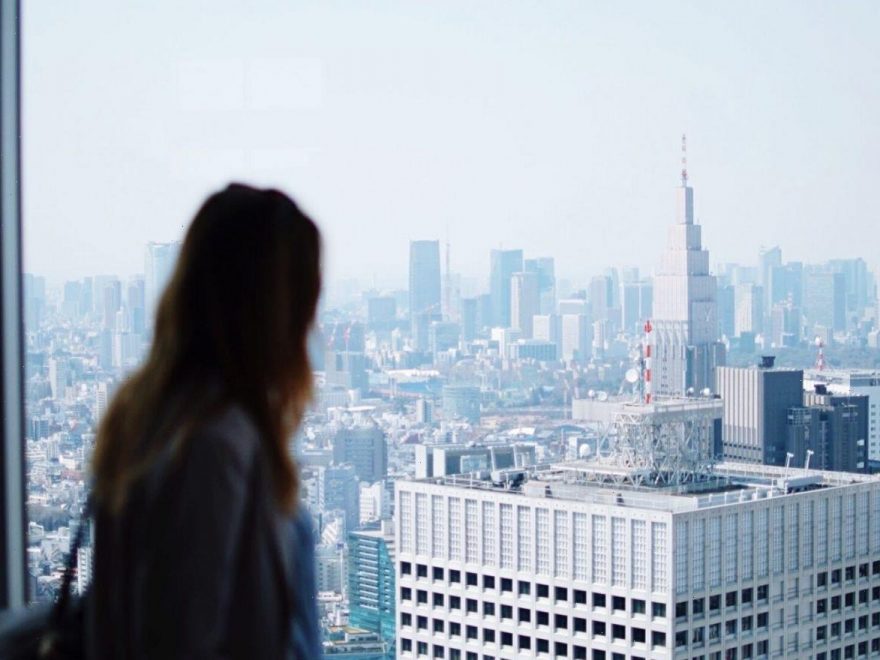 TikTok’s latest creation – the Corporate Girl – is perhaps more toxic than it looks.

In case you may have missed it in the sea of ‘clean girls’, ‘that girls’ and indie sleaze, TikTok has a new persona du jour: the corporate girl. If you’re not familiar with her already, picture someone wearing a crisp shirt, stiletto heels and clutching a Macbook while toting green juices into a city high-rise.

The corporate girl is a figurehead for the “glamour” of the grind. She’s high-flying, classy and put-together. Stylised morning routines and “get ready with me/a day in the life of” videos showcase an aesthetic that is preened, soft and overwhelmingly white.

Even I have to admit that it’s a pretty intoxicating notion. As I write this – on my sofa, wearing leggings – I have that creeping sense that I’m not pushing myself enough. There are so many more ways for me to level up, and become not just more successful, but enviable. However, I’m acutely aware that while the image is one thing, the reality is another.

We’re constantly being bombarded with the narrative that we’re not working hard enough, whether it’s packaged in a neat cashmere-feeling video, from the government demanding we return to the office or spoken from the mouth of one of the richest women in the world.

Yet in 2021, research commissioned by Glassdoor found that 52% of UK employees admit that their work regularly eats into their personal life.

Similarly, an ONS survey found that the average UK worker does approximately 22 working days’ worth of overtime per year. Specifically, women clocked up 6.8 hours more overtime each month than their male counterparts.

The pandemic exacerbated what’s been called the hidden overtime epidemic, the constantly-on ‘ping’ culture that sees us unable to escape deadlines, emails and notifications, even after working hours.

But corporate culture has long been ripe for exploitation via the popularising of toxic positivity ideals, says Hannah Martin, a psychotherapist, coach and founder of Talented Ladies Club.

“Many of us are seeking an identity or solution that will enable us to feel like we belong or can be more successful, so we suppress and invalidate any feelings or experiences that aren’t overwhelmingly positive, happy and optimistic.”

Indeed, the corporate girl wakes up at 5am and dresses herself in cigarette trousers and high heels. She feels like the softer granddaughter of Executive Realness, the 1980s ballroom culture category as seen in Paris Is Burning and Pose that allowed many LGBTQ+ and minority participants a gateway into the premier business world.

If anything, 2022’s corporate girl illustrates that the lifestyle is not much less exclusive than it was back then.

She spends her 12-hour days tapping away at a crisp keyboard with manicured nails and still has the energy for workouts, restorative yoga flows and overpriced martinis. She eats clean, doesn’t get burned out, and doesn’t wish for a better work-life balance. Instead, she practises gratitude and romanticises her life.

“Labels like #GirlBoss and calls to arms like #grind are catchy and easy to identify with, but they’re also simplistic and inauthentic. They act like a suit of armour, meaning you can project a different, better looking version of yourself to the world under the banner of #hustle,” Martin continues.

“People are prioritising the life aspect of work-life balance so much that ‘work longer and harder than everyone else’ is even more tone deaf than it was when everybody was in an office five days a week. Oh, you woke up at 5am, worked a 60-hour week and are bragging to your LinkedIn network about it? Sounds like you’re terrible at managing your time.”

When we look beyond the label, what the corporate girl really tells us is that, on the whole, we still subscribe to a notion of “success” that is intrinsically tied to capitalism. While we may have self-care, boundaries and #GoodVibesOnly preached to us, at the end of the day, the social and financial benefits of “selling out” remain strong.

“All these influencers are really selling is hope,” explains Martin. “And hope is powerful and very difficult, even traumatising, to let go of. What is so seductive about this culture is that it is much more attractive than facing up to an increasingly tough and unforgiving reality. So when one plan or business doesn’t work out, rather than address what has happened, it is far simpler to transfer that hope to yet another scheme or business and continue the #hustle.”

The privilege that even allows the corporate girl to exist goes unrecognised, along with the real-life toll of long hours, toxic environments and traditional work ideals. Those wishing to follow in her footsteps are fobbed off with platitudes and manifestations that feel nice in the short term, but are empty and meaningless. As Martin herself says, it’s alleffectively just a pretty, nice-sounding con.

“It can ultimately feel like a cruel lie to sell when you know that many of the people who aspire to the #GirlBoss dream will never truly achieve it. And if they do, it never quite looks and feels as glamorous as they thought it would.”