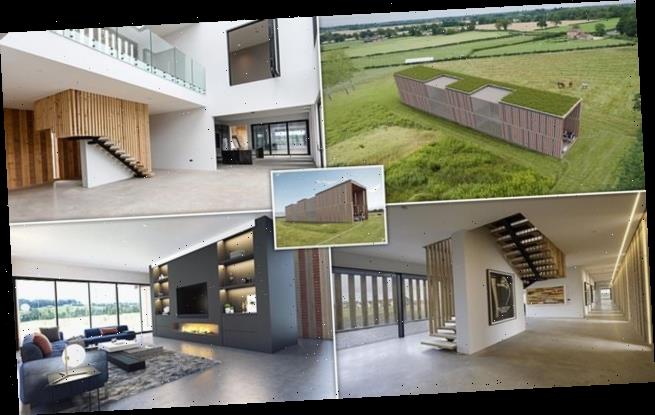 The coolest home in Britain? It looks like a huge shipping container in a field but is an ‘architectural masterpiece’ with a £3.5m price tag

From a distance, it looks a little like a giant metal shipping container or hangar sitting in the middle of the countryside.

The reality is the property – named Hedge House – is a luxury home with a brick and wood exterior, designed and owned by architect David Sheppard.

The trendy home comes with 6.5 acres of land and a price tag of £3.5million.

The agent handling the sale Tyron Ash described it as ‘one of the finest homes in Knowle’, which is a large village on the outskirts of Solihull. 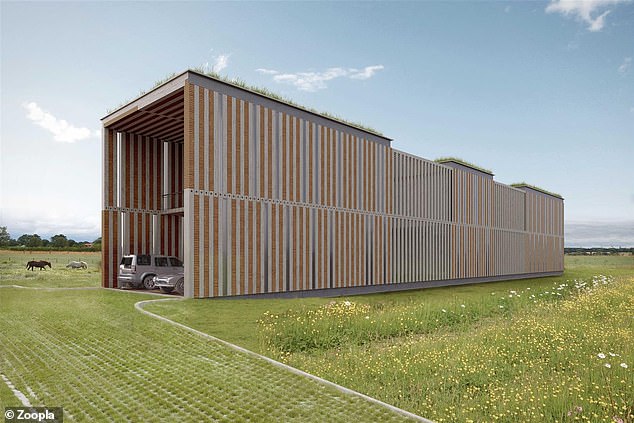 Hedge House has a brick and wood exterior, and was designed by architect David Sheppard 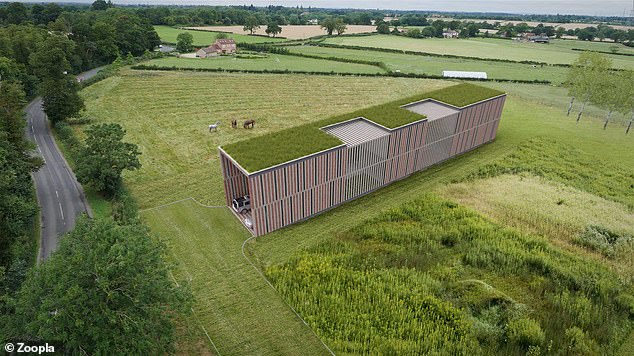 The unique property is in Knowle, in Solihull, and has a price tag of £3.5m

The entrance is via a three-metre-high front door, which leads into a hallway that runs the entire length of the house.

The property extends across an impressive 10,450 square feet and includes high ceilings and an internal garden.

There are five bedrooms and five bathrooms, along with a sauna, gym and a sunken hot tub.

Eco-credentials include a roof garden and an air source heat pump that provides hot water and underfloor heating. 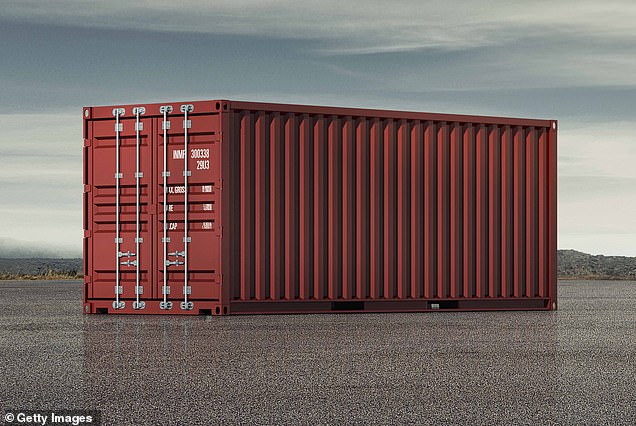 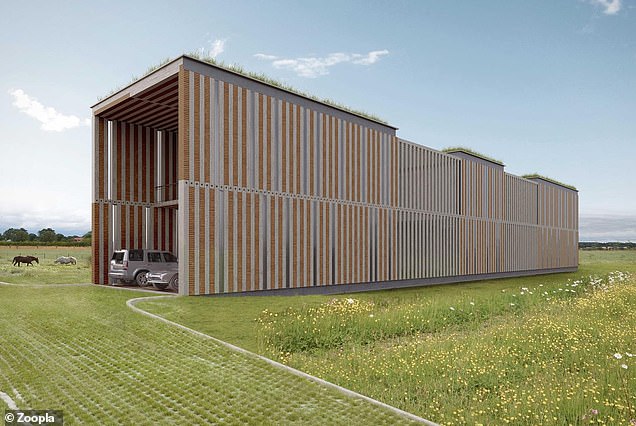 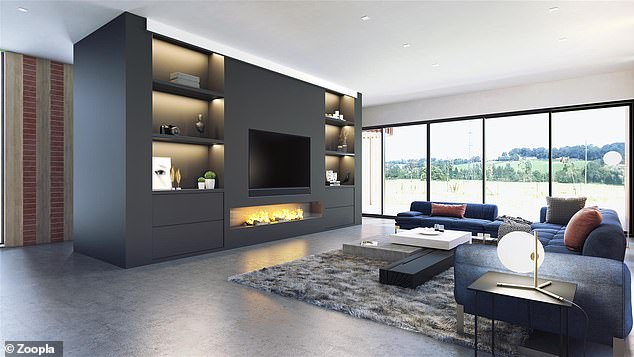 Inside, the house has a modern feel with plenty of light and clean lines incorporated in the design

Buying agent Henry Pryor described the property as ‘extraordinary work’, which some people will love.

He said: ‘This is one of the bravest homes to come onto the market in recent times and it could just set records.

‘While the outside is almost too cool for its own good, the inside will blow your mind.’ 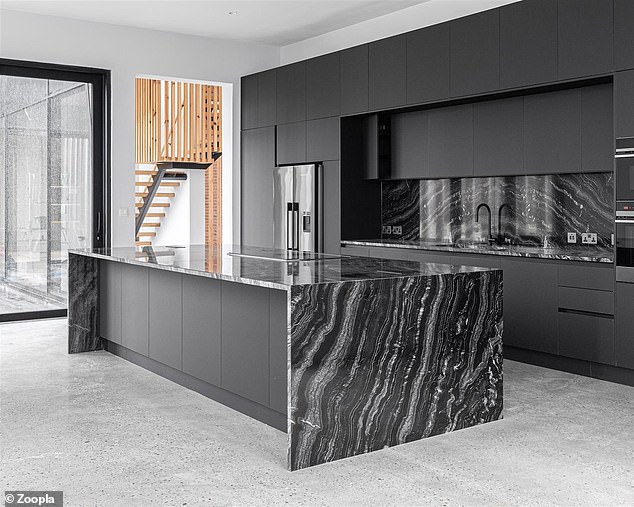 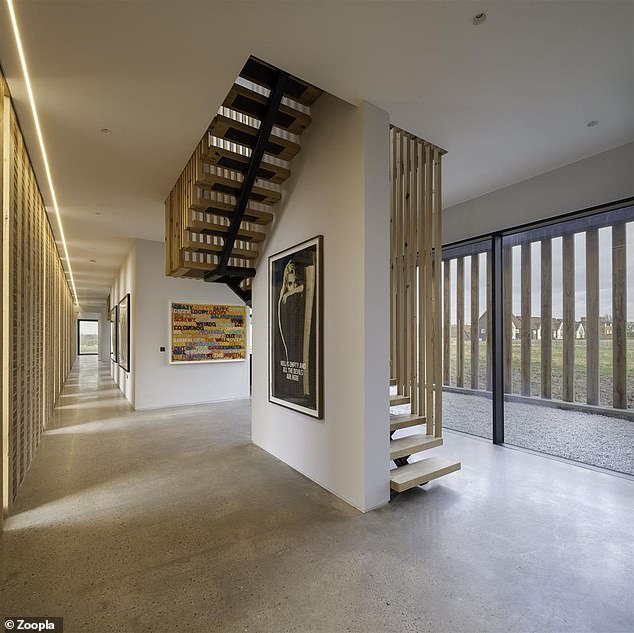 Much bigger than a shipping container: The hallway runs the entire length of the house 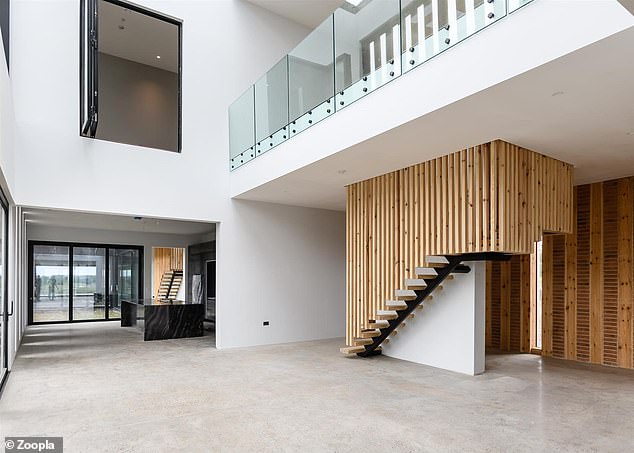 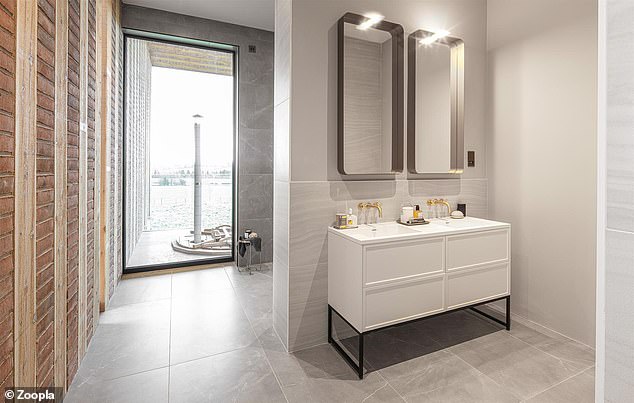 Inside, the kitchen includes 3.6 metres of Italian marble worktop, along with Fisher & Paykal appliances.

The main bedroom is in the west wing of the property and has a balcony with a sunken hot tub and extensive countryside views.

It has a dressing room, a large bathroom and a wet room shower ensuite. 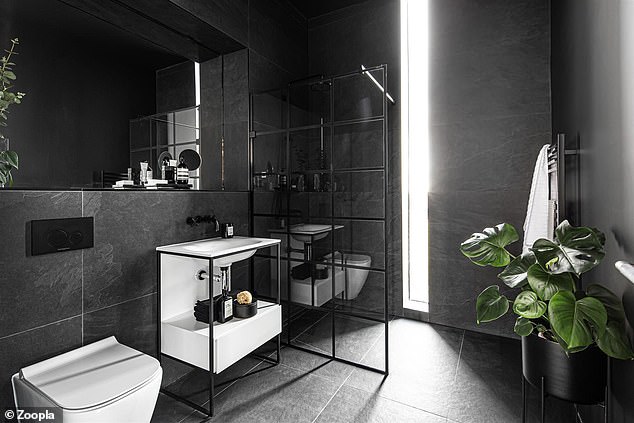 Take your pick: As well as five bedrooms, the house also boasts an equal number of bathrooms 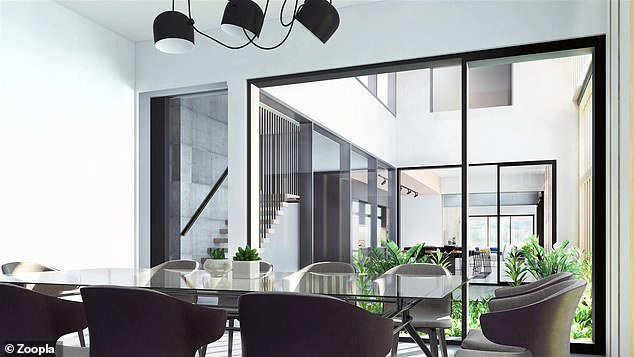 Green space inside and out: There is an internal atrium garden in the Solihull property 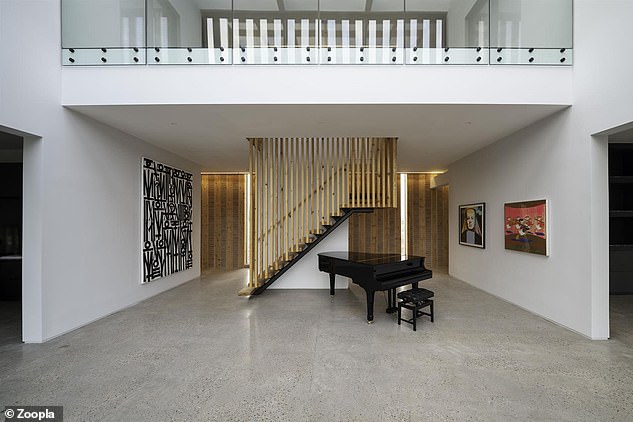 Plenty of room: The large open space at the foot of the stairs swallows up a grand piano

Knowle is an exclusive village that is three miles from the town of Solihull in the West Midlands.

It has two schools, including a Church of England primary school with a nursery and a secondary school called Arden School. 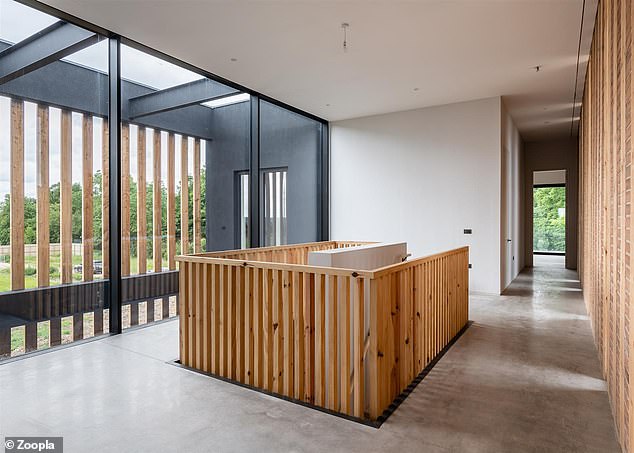 Wood features from the floor to the ceiling, inside and out – and even makes an appearance on the stairs 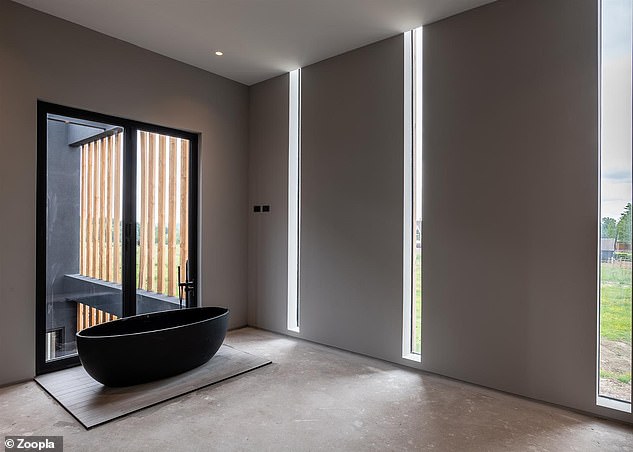 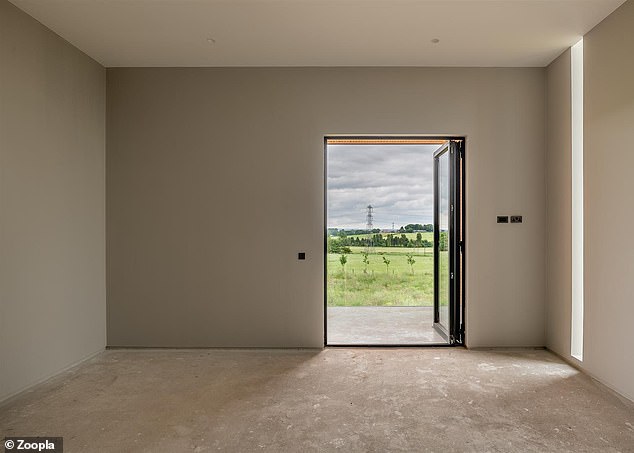 Hedge House is surrounded by countryside, and this balcony makes the most of the view

The village is on the A4141 road and is close to the M42 motorway. It does not have its own railway station, but there is one in neighbouring Dorridge.

Birmingham International station and Birmingham airport are a short drive away.

Tom Parker, of Zoopla, said: ‘This property is truly one of a kind, perfectly combining luxurious touches and eco-credentials.

‘Not only is there an indoor sauna and sunken hot tub for those looking to relax, but the property also has an air source heat pump and solar panels, meaning you can unwind in an environmentally friendly way.’