BRITS have just one more day left to get up to 50 per cent off meals with the Eat Out to Help Out scheme.

But is the initiative being extended beyond August? We take a look. 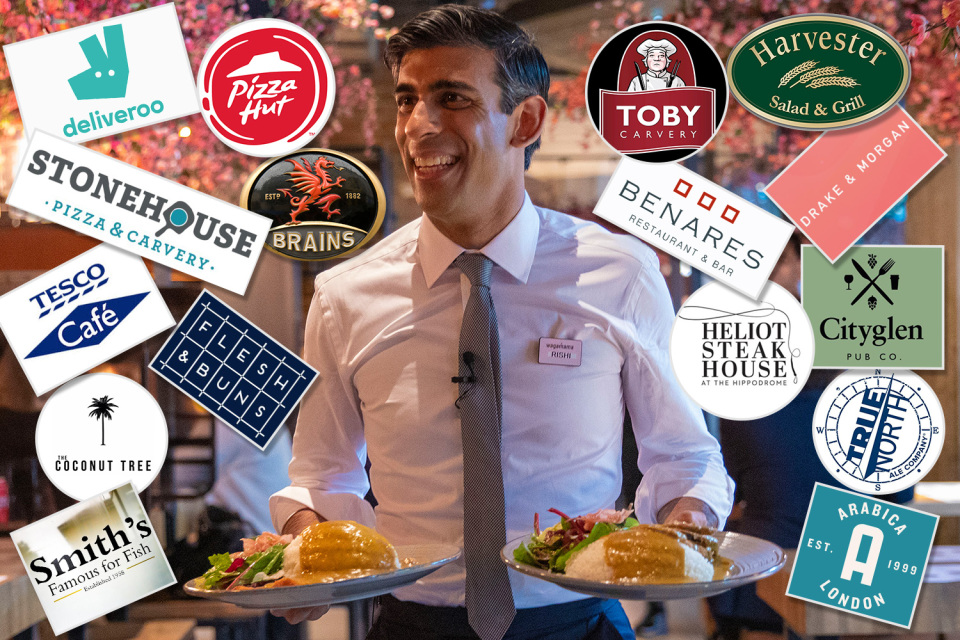 Enthusiastic diners have made the most of the money-saving scheme set up by chancellor Rishi Sunak to encourage people to go out and eat again following lockdown.

Eat Out to Help Out sees Brits enjoy 50 per cent off food and non-alcoholic drinks, up to a maximum of £10 per person, every Monday, Tuesday and Wednesday in August.

Businesses then claim back the money they’ve discounted from the government.

The scheme has been a big success so far, with more than 64million meals claimed by August 27 – the latest figures available.

It's hoped this will help to protect the jobs of the hospitality industry’s 1.8million employees by encouraging people to return to local restaurants, cafes and pubs where social-distancing rules allow.

How does the Eat Out to Help Out scheme work?

THE government will cover half of the cost of a meal out, up to £10 a head, including children’s meals.

There is no limit to the number of times you can use the discount, so in theory you can get half price meals on every Monday, Tuesday and Wednesday in August.

Businesses will need to register with the scheme on Gov.uk before being able to offer the discount, as well as be Food Standards Agency approved.

Instead of issuing discount vouchers – which the government felt increased the risk of fraud – restaurants, cafes and pubs will be able to claim back the cash.

The refund will then been transferred into restaurants, cafes and pubs' bank accounts within five working days.

Around 80 per cent of hospitality firms stopped trading in April, with 1.4million workers furloughed, according to government data – the highest of any sector.

When does Eat Out to Help Out end?

Eat Out to Help Out is due to end on Monday, August 31 – so this will be the last day you can participate in the scheme.

And lots of major chains have said they'll still run the scheme this day, despite it being August's bank holiday Monday.

As Eat Out to Help Out only runs on Mondays, Tuesdays and Wednesdays, that means you’ve only got one day left this month to benefit from the scheme.

Eat Out to Help Out started on Monday, August 3. 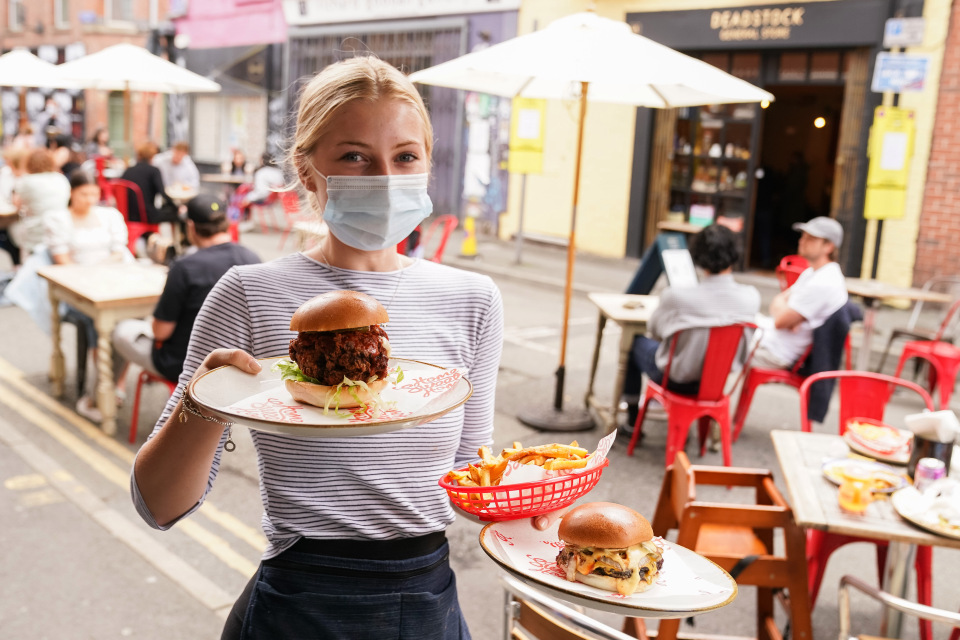 Which places offer Eat Out to Help Out?

We've rounded-up a list of restaurants that are taking part in Eat Out to Help Out.

Some of the big-name brands that are offering the deal include McDonald's, Costa and KFC.

The government has also released an Eat Out to Help Out postcode checker where you can see which places near you offer it.

Not every restaurant is automatically included in the scheme – businesses have to apply to take part.

Nearly 200 chain restaurants and larger cafes, hotels, and local councils have signed up to the scheme so far across the UK – and there will be smaller businesses and independent firms signed up too.

Will Eat Out to Help Out be extended?

Both the Federation of Small Businesses (FSB) and diners alike have called on ministers to extend Eat Out to Help Out into September.

FSB chairman, Mike Cherry, said: "We now need to see it extended to continue the critical support that it is providing for small firms as we enter a period of economic make or break.

"As we enter September with schools reopening and more people going back to their places of work, there are still strong merits to continuing this for one more month."

The FSB added that after September the scheme should be "reactivated" in areas that have gone through local lockdowns.

But sadly the government hasn't announced any plans for Eat Out to Help Out to be extended beyond August.

A HM Treasury spokesperson said: “Part of Eat Out to Help Out's popularity is precisely because it is a time-limited scheme – this reminds and encourages people to safely return to going out.

“The scheme complements a wider package of hospitality support that goes beyond August, including cutting VAT to 5%, paying the wages of furloughed staff, business rates relief and billions in tax deferrals and loans.”

However, some restaurants have opted to extend the offer into September and October at their own expense.

How to calculate the bill

THE government will pay for half of your bill, up to £10 a head, when you eat out on certain days of the week in August.

To work out how much your bill will be after the discount is applied, you should start by adding together everything that you ordered.

You'll then need to take off any items that it doesn't cover, such as alcoholic drinks and the service charge.

Then, divide this by two to find out half of the bill.

To check that it comes under the £10 per head cap, divide it again by the number of people who are dining.

If it works out as more than this per person, then you'll need to multiply the number of people eating by £10.

You should then minus the answer from the total cost of the items that the discount can be applied to.

For example, four people eat out and the total bill that the discount can be applied to comes to £90.

Half of the bill would be £45, but that's more than the limit.

Will some restaurants continue to offer Eat Out to Help Out after this date?

Some restaurants have said they will continue the scheme after August 31, but this is very much on a case-by-case basis.

Businesses don't have to do this and any discounts they do offer can't be reclaimed from the government.

Pub owners Brains are extending their scheme until September 9.

UK chains Harvester, Tesco Cafe and Toby Carvery are among those who have said they will continue the scheme for part or all of September.

Restaurants aren't the only places to get in on the deal – tearooms are also offering half-price treats.

Nando's is one of the many chains that is taking part – see the full list of its discounts here.

Some restaurants have been forced to pull out of the scheme though after "rude diners abused staff".