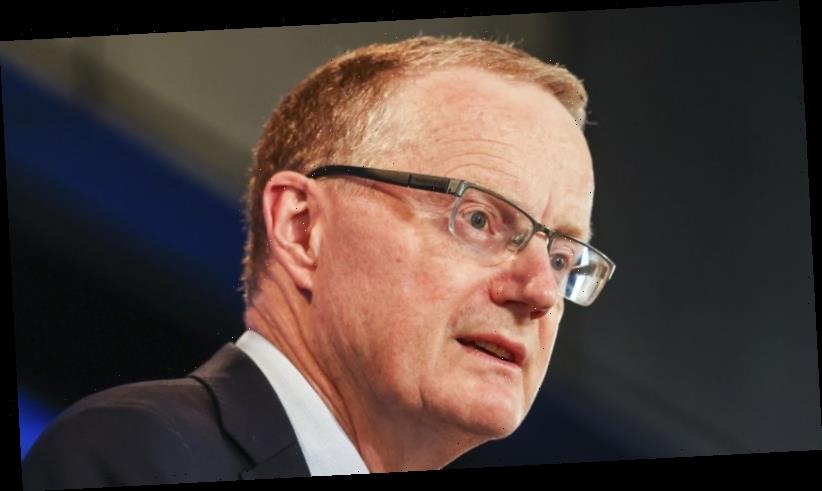 Reserve Bank governor Philip Lowe has smacked down growing market expectations of an increase in official interest rates, saying the bank is unlikely to lift them until at least 2024 on the back of much stronger wages growth and low unemployment.

Speaking in Sydney to the Australian Financial Review’s business summit, the governor made clear that despite the economy doing much better than expected out of the pandemic recession, there was still a long way to go before the bank would consider a rate rise. 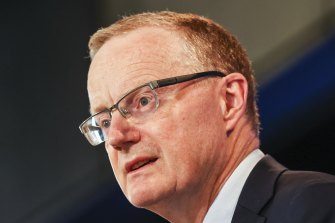 RBA governor Philip Lowe has smacked down market speculation of an interest rate rise, saying they will stay at record lows until wages are growing strongly and unemployment is closer to 4 per cent.Credit:Dominic Lorrimer

The bank cut official rates to a record low of 0.1 per cent last year. It is also engaged in a $200 billion quantitative easing program, buying federal and state government debt with the aim of keeping yields on these bonds at record lows.

But growing global inflation expectations, plus signs the Australian economy is growing quicker than expected, has prompted market speculation the RBA may lift rates next year or early 2023.

Dr Lowe said the bank had made clear it wanted to see inflation sustainably within its 2-3 per cent target band.

To get to that point, wages growth would have to step up appreciably from its current record low of 1.4 per cent. Unemployment would have to be much lower as would under-employment, which in February was at 8.1 per cent.

“For inflation to be sustainably within the 2–3 per cent target range, wages growth needs to be materially higher than it is currently,” he said.

“The evidence strongly suggests that this will not occur quickly and that it will require a tight labour market to be sustained for some time. Predicting how long it will take is inherently difficult, so there is room for different views.

“But our judgment is that we are unlikely to see wages growth consistent with the inflation target before 2024. This is the basis for our assessment that the cash rate is very likely to remain at its current level until at least 2024.”

Dr Lowe said wages growth would likely need to be above 3 per cent and unemployment close to 4 per cent before inflation was within the bank’s target.

In a clear message to financial markets, Dr Lowe said the bank was committed to its current plan. 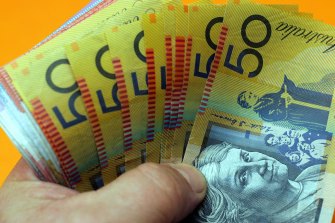 The RBA believes wages growth will have to be above 3 per cent to get inflation to its target. Wages are currently growing at a record low rate of 1.4 per cent.Credit:James Davies

“The Reserve Bank is committed to continuing to provide the necessary assistance and will maintain stimulatory monetary conditions for as long as is necessary,” he said.

“We want to see a return to full employment in Australia and inflation sustainably within the 2-3 per cent target range. These are our goals and we are committed to achieving them.”

Dr Lowe said the effort to drive up wages faced some major structural issues that were affecting economies around the globe.

This included increased competition among makers of goods, the lift in the provision of services internationally, advances in technology and the loosening of regulation around employment.

Another issue was the increase in the share of economic output going to profit rather than wages.

Dr Lowe also said the bank was maintaining a close eye on the national housing market.

He said there were many issues behind the recent lift in prices, including low interest rates, a shift in preference towards houses away from apartments, strong demand outside major capitals, government incentives and record low population growth.

While conceding interest rates were a factor in price growth, Dr Lowe said the bank did not target prices.

He made clear, however, that the RBA along with other regulators would consider tighter lending regulations if necessary to avoid issues in the financial market tied to housing.

“We are continuing to pay close attention to lending standards, especially given the combination of low interest rates and rising housing prices,” he said.

“Looser standards would increase medium-term risks and add to the upward pressure on prices, so would be of concern.

“Reflecting this, the Council of Financial Regulators has indicated that it would consider possible responses should lending standards deteriorate and financial risks increase. We are not at this point, but we are watching carefully.”

Our Morning Edition newsletter is a curated guide to the most important and interesting stories, analysis and insights. Sign up to The Sydney Morning Herald‘s newsletter here, The Age‘s here, Brisbane Times’ here, and WAtoday’s here.