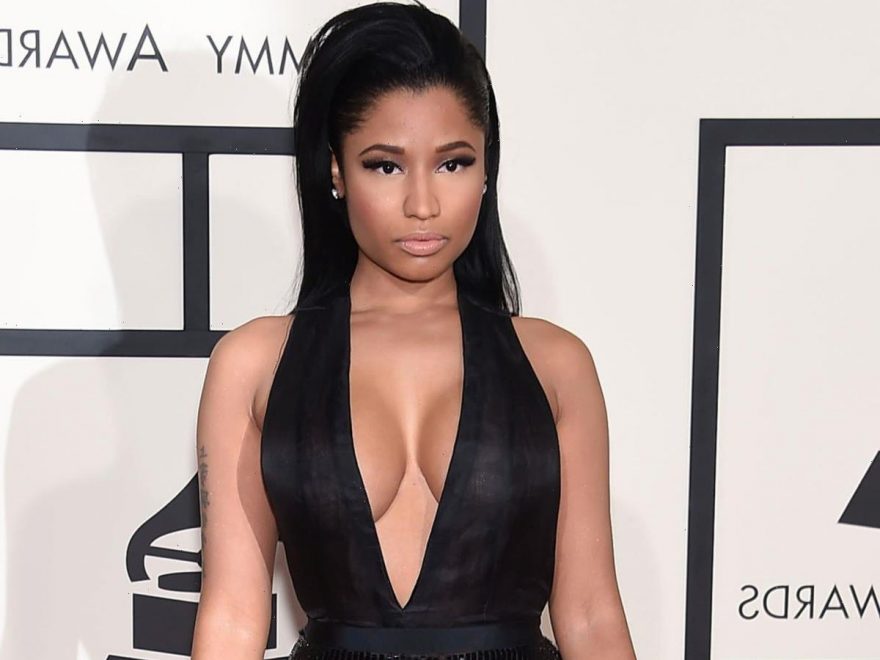 Born Onika Tanya Maraj on the Caribbean island of Trinidad and Tobago, Nicki Minaj seemed destined for musical success and stage performance from a young age. Both her parents were gospel singers, which undoubtedly set the foundation for her interest in the musical arts. After moving to Queens, New York, at the age of five, she first attempted to break into acting but failed. However, that disappointment led to her becoming the highest-paid female rapper of the 21st century. Her ferocious and animated style of rap sets her apart from the competition, leading to her current net worth of $100 million, which, among other trinkets, Nicki Minaj has spent on her million-dollar car collection. Let’s find out more!

After the release of her 2009 mixtape, Beam Me Up Scotty, which marked her epic rise to stardom and eventually signing to Lil Wayne’s Young Money Entertainment as the label’s first female rapper, Nicki Minaj has been a force to be reckoned with for both men and women in the music industry. After the release of her first solo album in 2010 titled Pink Friday, she built her entire brand around her new signature pink color, going as far as refurbishing her $450,000 Lamborghini Aventador with bright pink interiors and exteriors. If there’s one thing the Queen of rap knows how to do besides rapping is riding in style and promoting her image.

As another part of her image that she has created for herself, Nicki is known as the ultimate Barbie, a title she has given herself and which her large female following has also adopted. In full promotion of her Barbie branded image, she has scooped up a Bently Continental GT, which she wrapped in pink yet again and even nicknamed the vehicle ‘Barbie Bentley’. She paid a pretty penny of $202,000 for this opulent car, which she keeps alongside her other million-dollar vehicles, which, for the most part, are all pink! Nicki may be compared to other female rappers like Cardi B, but she is in a lane of her own.

When you can boast a total of four solo albums under your belt in addition to a number of successful mixtapes, then it makes it easier to understand why Nicki Minaj can afford the price tag of the vehicles she has purchased. With all four of her album sales combined (Pink Friday, Pink Friday: Roman Reloaded, The Pink Print, Queen), she would have sold 3,725,000 copies in total, making her the highest-selling female rapper since Lauren Hill. In 2019, Minaj became the proud owner of a brand new Rolls Royce Wraith which she purchased for an estimated $450,000. Initially, the vehicle’s base price was estimated at $380,000, but after a few customizations to fit her fancy, it increased the price by a few tens of thousands.

It’s becoming clear that Minaj has a fetish for the color pink and fast cars. In addition to her Lamborghini Aventador she sped away with for $450,000, she secured another sports car from the famous brand, this time a Lamborghini Gallardo, for a more modest price of $200,000. She stuck with her signature color and made it the ideal chariot for a Barbie. The Lamborghini Gallardo comes equipped with a powerful V10 engine under its hood and can generate a top speed of 202 mph, reaching 60 miles per hour in less than 3.9 seconds!

Added to her pink car collection is her Mercedes Benz SLS AMG supercar. The two-seater luxury sportscar with Gullwing doors was posted by Mercedes-Benz USA on Instagram, expressing their love for Nicki and her hot pink flavor. The prestigious look of the Mercedes SLS wasn’t cheap, and Minaj cashed it in at $290,000. She also has a mutually beneficial relationship with Mercedes USA, and in 2015 they showed their love for Nicki by posting a picture of a hot pink SLS AMG in reply to Nicki Minaj’s statement on Instagram, “Hopped out the bez, I’m known for setting trendz.”

From Rihanna and Kanye West to Madonna and Jay Z, it seems that owning a Mercedes Maybach is mandatory if you’re an A-list celebrity. There’s even a music record label named Mayback Music founded by Rick Ross, and, yes, you guessed it: he owns a Maybach. Of the celebrities who own this luxurious beast of a car is Nicki Minaj, who bought her Maybach 62S for $450,000. Known as a private jet on wheels, this luxury vehicle has an interior made from sheepskin, a 21-speaker Bose surrounds sound system, and is packing a 612 horsepower twin-turbo V12. It’s virtually the best in luxury cars, which explains why some of the world’s richest celebrities own one.

With enough deluxe cars to open up an elite car rental service as a side gig, Nicki Minaj still isn’t satisfied with the collection of her taste of cars. In 2019, the rap extraordinaire added to her garage a sleek Rolls Royce Cullinan valued at US$52,500. It’s already established that Minaj is willing to spend whatever the cost is to make upgrades that accommodate and make her feel as comfortable as possible. So she did exactly that adding a champagne fridge to the interior as well as “adding stars on the ceiling,” according to Minaj in a caption.

It’s rumored that Minaj also owns a red Ferrari 458 Pista, which she was only spotted in once with her husband, Kenneth Petty. As the cover art for the release of her single, Yikes, in 2020, she took a photo in the passenger seat while Kenneth was in the driver’s seat. The same Ferrari 488 with the matching red color was also featured in another music video titled Motorsport with Migos, Cardi B, and the Barbie Queen herself. She reportedly bagged the V8 engine-powered Italian supercar for $277,400.

Out of all the luxury sports cars Nicki Minaj proudly owns, the Minaj hardly has been spotted in the all-American Range Rover. The off-road, go-anywhere vehicle was not initially classed as a luxury vehicle, but it has become highly popularized as a must-have celebrity heavy-duty ride, being owned by celebrities such as Angelina Jolie, Ariana Grande, Kim Kardashian, Miley Cyrus, and a host of other leading ladies behind the wheel of this powerful automobile. It is believed that she purchased the automobile early on in her career since she made a song as part of her Pink Friday: The Lost Tapes mixtape entitled I Love My Range Rover. It doesn’t get more obvious than that!

While she may not ride around in an actual Cadillac Escalade, Nicki will do anything to support her pink appearance. Since the Barbie had more than half her car collection draped in pink paint, she toyed around with the idea of doing the same with an Escalade. Only this one was a miniature version. Out of all her high-performance vehicles, this may be the only one that she may hesitate to pop the hood on. Nevertheless, she can do whatever she wants because she is still a super-successful female rapper who has paved the way for ladies like Megan Thee Stallion and Cardi B.