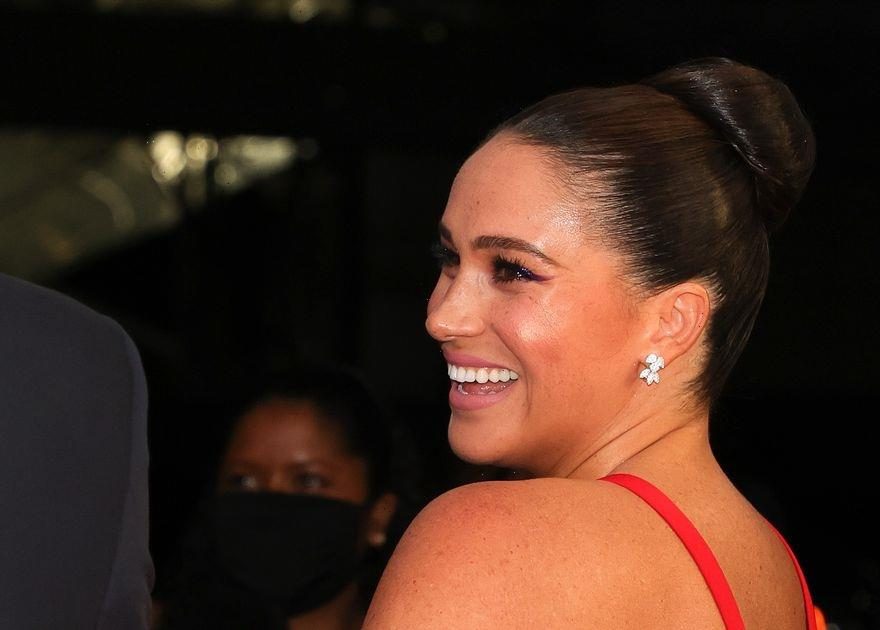 It’s no secret that Meghan Markle is a foodie. From sharing her favourite recipes on her former lifestyle blog The Tig to launching her community kitchen cookbook and converting the masses with her courgette pasta sauce hack, the 40 year old knows a thing or two about dining.

And according to new research by BarBend, the Duchess of Sussex has the most popular royal diet in the world, after Kate Middleton.

Analysing monthly Google searches, the exercise and nutrition experts found that while Kate’s diet takes the top spot, Meghan’s mealtime habits were a source of much interest as her love for avocados and fish tacos pull in over 13,000 searches a year. Do you love celebrities, fashion, home interiors and beauty? Then do not waste another minute of your time and sign up to our daily newsletter, where you will receive all that – and more – straight to your inbox at 5pm every day.

From exclusive at home tours, cleaning hacks, the latest in beauty trends – and of course, all the latest celebrity gossip, look no further.

Pop your email address in the box at the top of this article, and et voila! Enjoy

Breakfast is the most important meal of the day

With a busy schedule and two children to look after, Meghan always kicks off the day with a nutritious breakfast.

Writing in Finding Freedom, royal biographers Omid Scobie and Carolyn Durand revealed that she drinks a glass of hot water with lemon before eating some steel-cut oats with bananas and agave syrup.

And while filming Suits, Meghan revealed that she’d always pack a green juice in case she ever needed a quick pick-me-up.

Speaking to Today, she said: “I always find that sipping on that is a much better boost than a cup of espresso.”

Plant-based lunches during the week

Though the mum to Archie and Lilibet is never one to deny herself treats, she typically sticks to certain food groups during the week.

In an interview with Best Health in 2015, she said: “I try to eat vegan during the week and then have a little bit more flexibility with what I dig into on the weekends.”

After being required to spend hours on end in front of the camera, Meghan found that eating gluten-free and going vegan during the week helped boost her energy and clear her skin.

As a result, Meghan tended to opt for seasoned vegetable quinoa when on set. But when she’s not eating plant-based foods, the Duchess of Sussex is a big fan of fish tacos, calling them one of her favourite foods.

Thanks to her California upbringing, she was surrounded by plenty of fresh food and organic produce, tellingToday that: “Being from Los Angeles, I was conditioned to like Baja-style food from the womb.”

Romantic dinners are a must

When Harry and Meghan announced their engagement, royal fans were taken aback by the very low-key proposal.

Speaking of the moment that he got down on one knee, Prince Harry revealed that the pair had been “trying to roast a chicken” when he popped the question. And it turns out that Meghan has long been a fan of the dish. “There is nothing as delicious (or as impressive) as a perfectly roasted chicken,” Meghan told Good Housekeeping in 2016.

“If you have an Ina Garten–level roasted-chicken recipe, it's a game changer. I bring that to dinner parties and make a lot of friends.”

When it comes to dessert, Meghan’s choice is a little more rogue given that it’s not actually a dessert at all.

With The Tig being named after Tignanello, it’s no surprise that the former actress would rather skip pudding entirely and go straight to the wine course.

“At the end of a long day, there is nothing I enjoy more than a glass of wine,” she said.