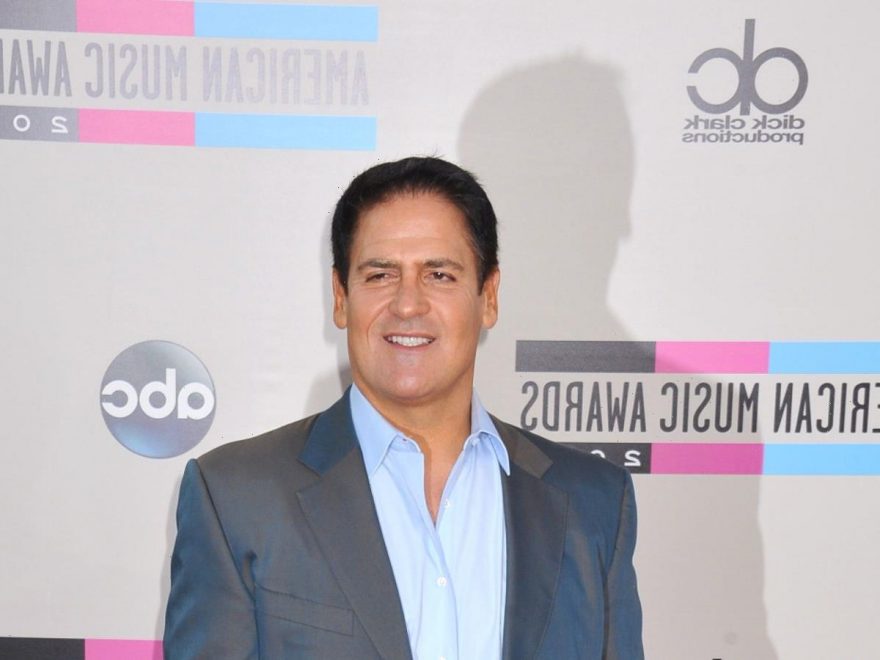 Hailing from a working-class family, Mark Cuban found his entrepreneurial spirit at 12 when he sold coins and stamps. After graduating college and working at a software retailer, Cuban opened his software reseller company MicroSolutions which was sold in 1990 for $6 million, with him making $2 million from the deal. After starting his company Broadcast.com in 1999, the business grew until it was sold to Yahoo! for $5.7 billion. Known for making intelligent decisions, Cuban sold his shares soon after and made $2.5 billion in cash before the Dotcom burst. With a net worth of over $5 billion, Mark Cuban has spent millions buying an NBA team, private jets, arthouse movie theatres and investing in businesses through Shark Tank.

While the mogul does not spend much on real estate, one of his latest purchases was an exclusive beach house in California that cost him a whopping $19 million. A luxurious home unlike any other, let’s look inside Mark Cuban’s Laguna beach residence.

When Christmas was around the corner in 2018, Mark Cuban added a second real estate property to his list with the Laguna Beach residency. Located on the Southern California coast, the estate is one of the only 13 properties at The Montage, an exclusive gated neighborhood that offers limited residences. The stone-finished house was constructed in 2010 before renovating with various owners and purchased by the billionaire mogul in 2018.

The beach house was first put on sale in January 2018 through a listing service for $25.995 million. However, through several negotiations, the price dropped before Mark Cuban purchased it for $19 million. The listing was held by Villa Real Estate’s John and Tyler Stanaland, while Cuban was represented by Tim Smith of Coldwell Banker Residential Brokerage, as noted by the LA Times. It became the highest sale in the Montage Residences community for 2018. The contemporary-style home is the ideal vacation residence for Cuban and his family to enjoy downtime.

Featuring six bedrooms and 7.5 bathrooms, the Laguna mansion offers scenic views of the Pacific Ocean from each direction. According to Mansion Global, the estate is surrounded by walls to provide privacy, and a paved entryway leads to the entrance of the 8,000 square feet of home. With high ceilings, mahogany finishes, and eye-catching artworks, each common area offers glass doors that disappear to connect the indoor and outdoor spaces. Along with the cozy rooms, the additional amenities feature two family rooms, an office, a library, a theatre, and a gym. The lower level in the house has a bar and built-in wine cellar that holds 800 wine bottles.

The media room has ample seating space with three widescreen-LED televisions that Cuban can use to watch a Mavericks match. The kitchen is on the main floor is designed with a splash of white, featuring matching cabinets, marble countertops, and a comfortable breakfast bar, as stated by Forbes. The outdoors features another kitchen that has a pizza oven, wine cooler, and a glass grill. Outside, the home offers stunning ocean views and lush trees surrounding the estate. No lavish home can be completed without a pool overlooking the view, and Cuban’s estate also has a linear fireplace with a seating area for optimum relaxation.

A Getaway Home From Dallas

Using comfort and technology, Cuban’s estate is equipped with integrated electronic systems that control the environment, audio/visual, and lighting. The home offers chic and luxurious decor, with some of the architecture nodding to the ocean. According to Business Insider, as it is built inside the exclusive oceanfront community Montage, Cuban has access to hotel amenities, including housekeeping, room service, concierge, and a space. The artistic colony where the mogul resides during his off-time is worth more than $350 million today.

Soon after becoming a millionaire, Mark Cuban set his roots in Dallas and purchased a $13 million home in 1999. Spanning seven acres of land, the home is a more traditional chateau-style estate compared to the modern aesthetics of his California beach home. More recently, Cuban purchased a small town in Texas called Mustang which is 55 miles away from Dallas and has a population of 21 people. Bought for an undisclosed amount, the mogul is not sure what plans he has with the property yet.

Known for just the three real estate purchases, the Laguna Beach home owned by Mark Cuban remains his most expensive property and comes with a myriad of technological amenities, from an indoor-outdoor blend of living to integrated switches for various controls. Cuban often spends summers with the family at his Southern California comfort estate.

READ NEXT: All Of Ben Affleck’s Girlfriends And Their Net Worth, Ranked