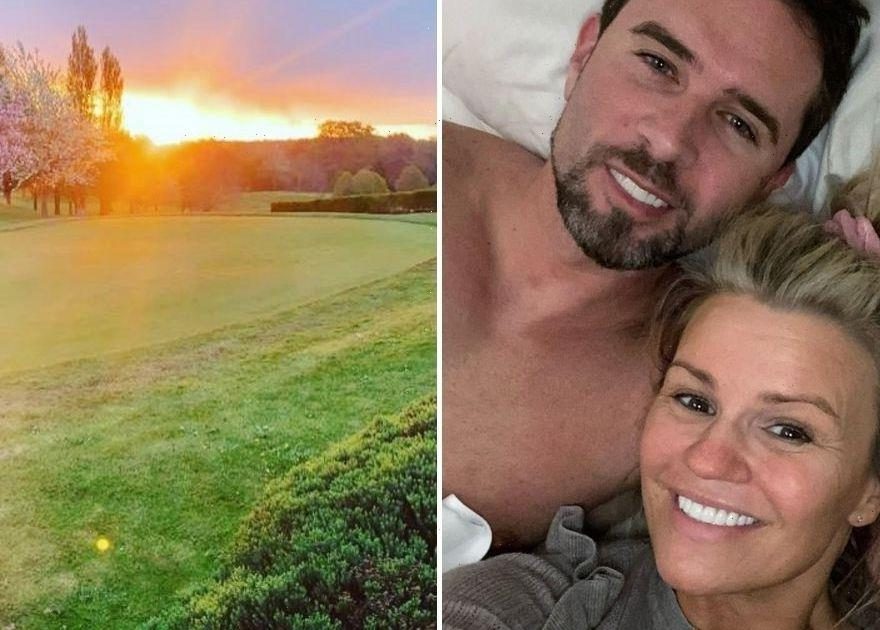 Kerry Katona was whisked away on a relaxing couples trip with her fiancé Ryan Mahoney earlier this week.

The former Atomic Kitten singer, 40, thanked the Macclesfield hotel and spa on her Instagram page upon her return home on Wednesday, posting a snap of one of their branded teddy bears.

Sharing the image with her 755k followers, the mum-of-five admitted the break was "much needed", as she showed her gratitude towards The Tytherington Club for hers and Ryan's stay.

Kerry wrote under the snap: "Thank you for a lovely stay @thetytheringtonclub it was very much needed"

Fans were quick to comment on the former Atomic Kitten star's latest trip away.

One said: "Love this place", and a second wrote: "Awwwww nice touch."

During their short staycation, Kerry uploaded a series of selfies of herself and Ryan giggling away as they enjoyed their 'one on one time'.

Captioning the image, the star said: "@ryanmahoney_7 always good to have that one on one time! Love you, You muppet!"

She then called their relationship her "happy ever after" before tagging "@thetytheringtonclub".

Stunning northern venue The Tytherington Club has a huge range of facilities which the couple had access to during they stay, including a golf course, a spa, swimming pool, state-of-the-art gym and a gorgeous restaurant.

The hotel can also be hired out for weddings and special occasions.

For a weeknight stay, prices start from a very reasonable £139 per night.

Earlier this summer, Kerry and Ryan celebrated their third year as a couple, after meeting via a dating service.

Penning a heartfelt Instagram post filled with cute selfies, she wrote: "I’m not one for parading my love for my other half on social media but on this day 3 years ago I took a chance went on a dating app and went on a lunch date with @ryanmahoney_7 and wow!!!

"Never thought 3 years later we would be where we are now! Not only have you changed my life but you’ve changed my children’s life too!

"You’ve made their mummy so happy and made me believe in myself again! I love you so much and can’t believe what we’ve achieved together! Love you"

Kerry's much-needed break comes only days after she was forced to pull her teenage daughter out of school after being bullied on the day of her late step-dad’s inquest.

Heidi, 14, whom she shares with second husband Mark Croft was targeted by "vile" schoolboys as the family went through an incredibly difficult time.

An inquest into Kerry's late ex-husband, George Kay – the father of seven-year-old Dylan-Jorge – heard how the former rugby player died after eating a ball of cocaine in front of staff at a Holiday Inn.

Writing in her OK! column, Kerry revealed that teenager Heidi had "got loads more s**t at school from some horrible boys."

"I’ve decided I’m definitely taking her out of that school," she added.

"Your schooldays are so important and it’s about investing in your future."

For more juicy gossip on your favourite stars, sign up to our daily newsletter here