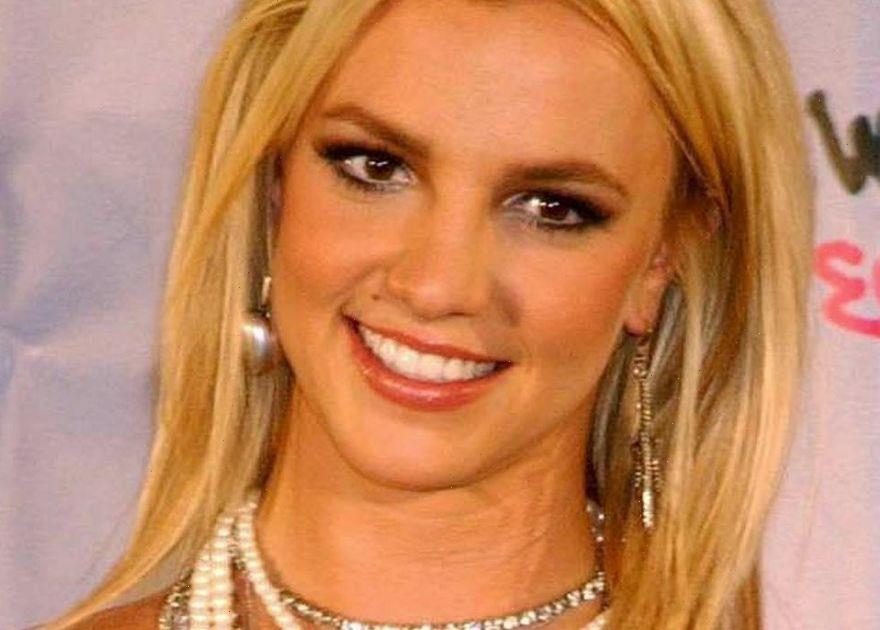 The Toxic singer tied the knot in an intimate ceremony in Los Angeles with her new hubby Sam Asghari, 28.

She strutted her pop icon stuff down the aisle to Elvis Presley's heartrending hit Can't Help Falling In Love in front of a small group of people which did not include her controversial parents or two children.

Sam's manager, Brandon Cohen, confirmed the nuptials, saying in a statement following the ceremony: "I am very ecstatic this day has come, and they are married. I know he wanted this for so long."

But it's not the first time Britney has gotten hitched.

The 40 year old songwriter has been married twice before, and in on instance famously just for 55 hours.

So as she steps foot into wedded life for the third time (it is the charm, after all), let's take a look inside Britney Spears’ past two weddings with childhood sweetheart Jason Alexander and then later to Kevin Federline.

Jason Alexander and Britney grew up in Kentwood, Louisiana, together as childhood friends and stayed in touch during her rise to pop queen status.

In 2004, the pair spent a fun-filled New Year's Eve Week in Las Vegas when Britney was 23 years old.

And, well, think 'Rachel and Ross from Friends' because these two did exactly the same thing…

The drunken duo got hitched in A Little White Wedding Chapel in Sin City, as you do.

Alexander told news outlets at the time: "She just came out and asked me."

Later, he told Access Hollywood about the spontaneous decision, calling it "crazy".

He said: "We were just looking at each other and said, 'Let's do something wild, crazy. Let's go get married, just for the hell of it.'"

Chapel owner Charlotte Richards even told Rolling Stone that the two 'appeared to be extremely happy'.

Britney said she "thought it was a marriage that would last forever", which turned out to be two days before she had the marriage annulled.

In July 2021, it was revealed that the 55-hours marriage ended because of Spears' mother, Lynne.

Most recently, Jason Alexander showed up at the singer's Los Angeles home just two hours before her wedding to Sam Asghari, going live on Instagram as he tried to "crash" the nuptials.

“He [Jason] was able to find his way onto the property and was confronted by security,” Sergeant Zadeh said.

"And by being on private property, the trespass comes into play.”

But, love (and a second wedding) waits for no Britney as she married backup dancer Kevin Federline a mere six months later.

The pair met on the dancefloor at Hollywood club, Joseph, and announced their engagement in July 2004 after Britney asked K-Fed while on her private plane.

Speaking to People, the Toxic singer said: "Then all of a sudden I said, 'What if you want to get married?' And I kind of went from there to asking him if he would marry me.

"I asked him… He said no because he thought it wasn't the right way to do it."

True to traditional form, Kevin did end up proposing just a few months later and Britney sported a five-carat diamond ring ahead of their big day.

As with all things Britney Spears, the engagement garnered plenty of media attention in a whirlwind storm of criticism.

K-Fed had just broken up with actress Shar Jackson, who was pregnant with their second child at the time.

The couple eventually tied the knot in a secret wedding at their Studio City Home, tricking 30 of their closest friends and family into thinking it was only their engagement party.

The official date of the wedding, October 16, had been leaked to the press and became far too out of control.

Britney said at the time: "It became this huge thing and I was like, 'What are we waiting for? We know this is the real thing, why not just do it now?'

"That's why I wanted to sneak and do it our little way."

But, perhaps it was celebrating in a club that foreshadowed their relationship, as the couple agreed to go their separate ways three years later.

And, according to a source, K-Fed's party-boy behaviour contributed to their split.

In 2008, K-Fed opened up about the break-up, saying: "It's hard enough to be in a marriage, and then have a kid, then kids, it changes everything

"For me, I'd become more concerned with my children. Not that I ignored Britney, but my kids are always most important."

On the other hand, Britney claimed she married for the "wrong reasons".

She said: “Instead of following my heart and doing something that made me really happy, I just did it for the idea of everything.”

For all the latest showbiz stories, sign up for OK!'s daily newsletter here.