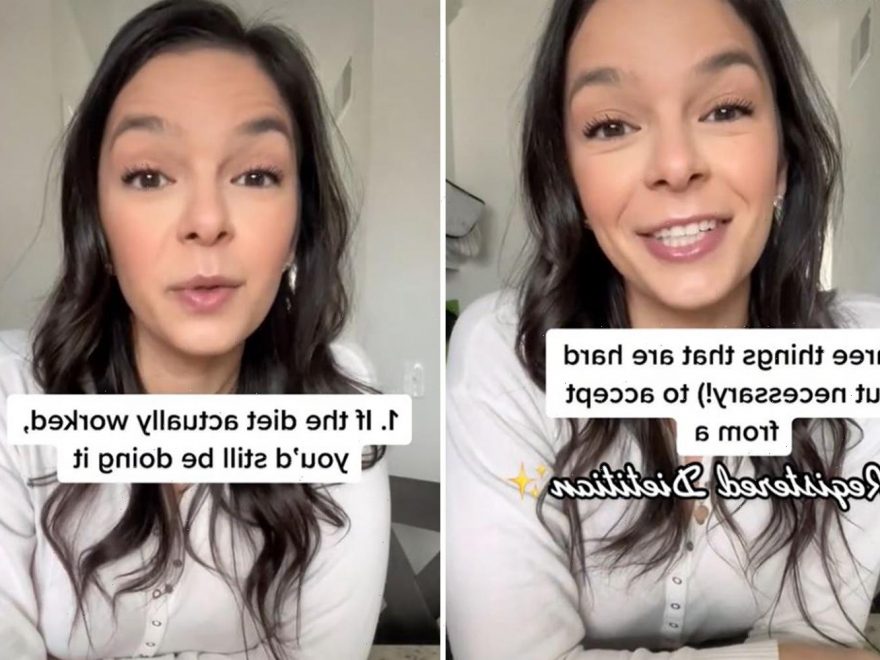 IT'S two weeks into 2022 and highly likely you are already struggling to stick to your "New Year diet".

While you're not alone, an expert has claimed there are actually three simple reasons for you falling off the wagon. 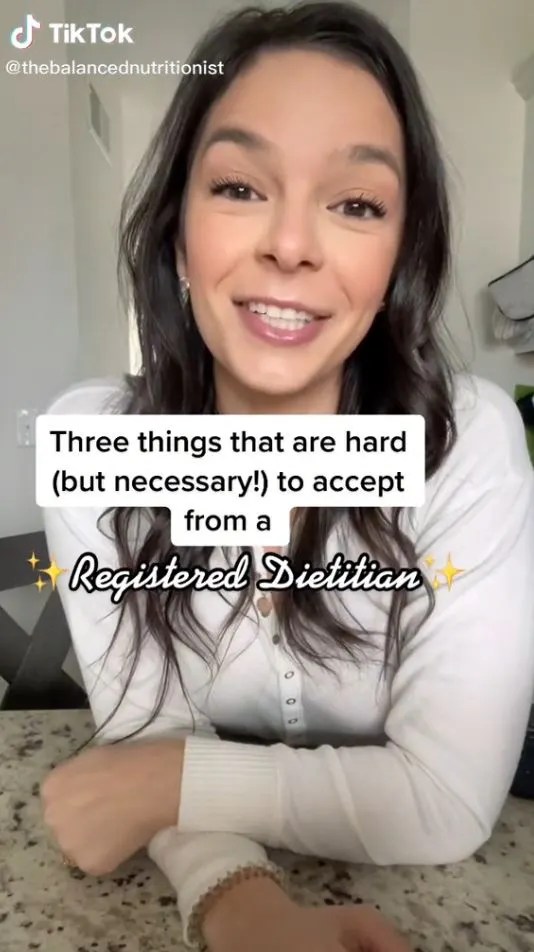 Registered dietician Jamie Nadeau, known as The Balanced Nutritionist on social media, admits that while these might be "hard to accept", they are key to getting back on track.

She told her 145,000 TikTok followers that the first couldn't be more basic.

"If the diet that once worked for you actually worked and was sustainable, you would still be doing it," she said.

The second reason focuses more on results – or lack of – in the longer term.

"What it does result in is long-term weight gain."

"The 'all or nothing' and 'I'll start again on Monday, I might as well eat whatever I want tonight because I already messed today up' mindset is keeping you stuck," she said.

THE KNIVES OF WINDSOR

Jamie, who has worked as a dietician and nutrition coach for more than six years, summarised her advice in a comment.

"If you're struggling with any of these, put some focus into shifting that mindset," she wrote.

"Otherwise, you're going to be stuck on that hamster wheel."

Other experts have backed Jamie's claims, as well as highlighting the importance of a balanced diet when it comes to improving sleep.

Marie-Pierre St-Onge, an associate professor of nutritional medicine at Columbia University in New York who has been researching the topic for almost a decade, said food is an "unrecognised contributor" to good or bad sleep.

Writing in Knowable Magazine, she claimed cutting back on sugar and saturated fat, while upping fibre, could be the trick to getting a good night's rest.

EAT UP, REST UP

"Our studies over the past seven years have shown that eating more fibre and less saturated fat and sugar during the day results in deeper, less disturbed sleep at night," she said.

"It may be particularly helpful to eat a Mediterranean-type diet rich in fruits and vegetables, legumes, nuts, whole grains and olive oil."

The Med diet is also low in red and processed meat and whole-fat dairy, with more fish-based dishes, which are rich in tryptophan – an amino acid that can't be made by the human body itself but can be consumed in foods.

Chicken, eggs, bananas, cheese, fish, nuts, seeds turkey and tofu all contain it, but it is also commonly used as a supplement to ease sleep disorders, including insomnia.

"In our research, those who followed this diet were 1.4 times more likely to have good night’s sleep and 35 per cent less likely to have insomnia," Dr St-Onge said.