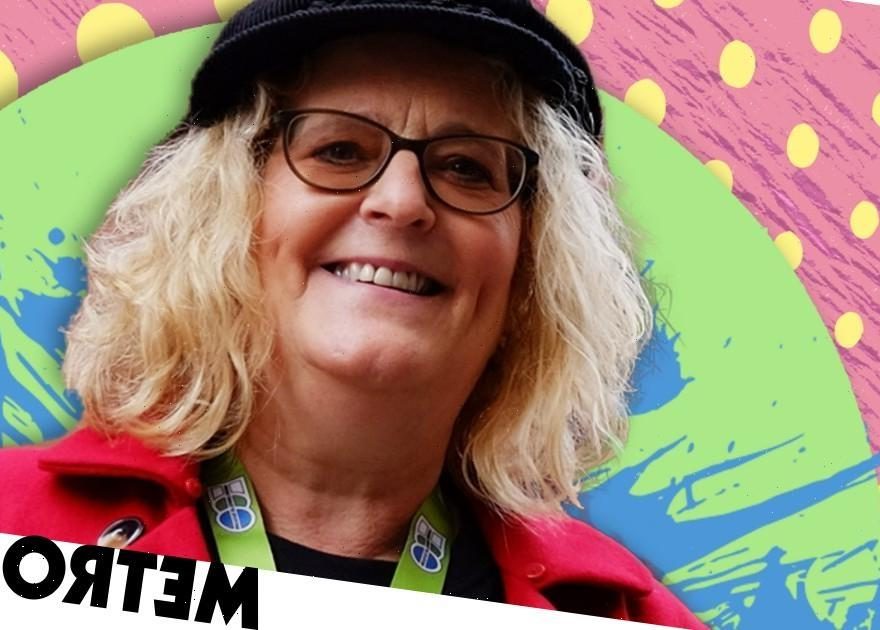 Jumping up and down amidst a crowd of sweaty bodies, I was in my element pogoing to loud feminist punk music.

It was my birthday in November 2021, and I’d put on a gig at a local venue in Belfast with a contemporary punk band called Problem Patterns.

Not your usual 60th party – that’s for sure – and a few of my guests did leave early, admitting that the music was a bit too loud. But I was determined to be the last to leave the dance floor. And I was!

Life is for living and I still go to gigs and festivals most weeks. It’s like that Sticky Little Fingers lyric – ‘Grab it and change it, it’s yours’. You’ve only got one life so you have to give it a lash, don’t you?

I grew up in Donegal, listening to Irish folk music and playing the traditional Irish drum. My parents often took me out to trad music sessions in a nearby hotel and we had parties at home too.

I still go out to gigs most nights of the week. Life’s for living – that’s my motto

As a teenager I fell in love with rock and spent the 70s partying as the punk scene swept Britain, pogoing – a type of dance that involves energetic bouncing up and down on the spot – the nights away in some of the Belfast’s most iconic venues.

One of my mates was in a band, so he let me have a go on his drum kit and it felt quite natural to me. I’ve always had a good rhythm so was able to pick up the basic four-time beat.

I met my now-husband Jonathan at university. He was a roadie with The Stranglers, wore a leather jacket and rode a motorbike. I thought he was so cool and good looking. We soon found out we had a lot in common with our love of music too. 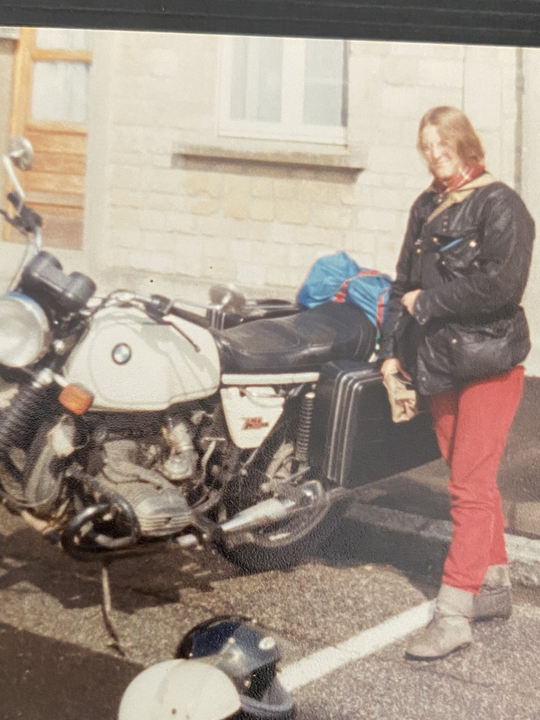 He was impressed when I told him how I’d ended up playing drums on stage with The Stranglers at the Ulster Hall in 1979. I’d been in the audience and I jumped on stage and started pogoing.

I remember jokingly shouting to the drummer to let me have a go. He said ‘well I do need the loo actually’, put down his sticks and left me to it! They’d just started playing their famous single Peaches so I took a seat and started gamely drumming along.

I don’t think the audience even noticed there’d been a change to the line-up!

Jonathan and I moved to London and I forged a career in book publishing, before we moved back to Belfast and raised our two children. I worked in Belfast’s entertainment and arts industry, in PR and latterly for the local university. Playing the drums fell by the wayside because of all my other commitments.

Being a mum didn’t cramp my style; in fact as my kids, now 30 and 26, grew up, I took them to all the music events I could. We went to circus schools and child-friendly festivals, as well as local concerts and gigs.

In middle age, I noticed some of my peers changing – my friends wouldn’t necessarily want to go out to the same loud gigs any more. I still loved to wear bands’ badges on my coats and jackets, and patterned checked trousers.

But I wasn’t ready to hang up my biker boots. I still had loads of energy; still found myself dancing until dawn if the music was pumping, or camping out in fields at festivals.

In 2018 I joined a local course called Girls Rock School Northern Ireland and we formed a band, with me picking up the drum sticks again for the first time in 30 years.

It meant I had friends who wanted to go out to concerts again. Getting back involved in the music scene and playing in a band again was brilliant; there’s nothing more fun than jamming along with people. It was a real game-changer for me.

As my 60th birthday approached I was due to retire from my role in public engagement at Queen’s University Belfast, but I still had so much energy and ambition – I wasn’t ready to be put out to pasture.

So I decided to found my own business, Creative Tours Belfast, with the signature event being a walking tour around some of the city’s most iconic music venues. With my decades of first-hand experience I was the perfect person to bring the history to life.

Seeing people enjoying my stories brings me such joy – I love sharing my passion for the music and it doesn’t feel like work at all.

I enrolled on a tourism course during lockdown to gain Green Badge status and, in March 2022, I officially launched my new venture. Most people were really supportive of me launching a new business aged 60 – I think lockdown changed our views on life and seizing the moment.

Now I love taking tourists on my Belfast Music Walking Tour, telling them stories about the music legends of Belfast, including Ruby Murray, who was a massive pop talent in the 50s and 60s, and showing them places like Kelly’s Cellars, the oldest pub in Belfast.

I also play relevant music as we’re going around. Most tours end with a private gig at the Oh Yeah Music Centre.

I’m now a member of a group of local musicians called the Over the Hill Collective and a couple of months ago we released a single I wrote called Carpe Diem and an album called Isobars.

These days I will admit I’m becoming a bit like Cinderella. I like to be in bed by midnight – unless there’s a really good band playing. But if the music is good I’ll still happily pull an all-nighter.

As for what society thinks about older women – I have always been a feminist and a campaigner, and I do think older women need to be respected more for their maturity and experience.

In November I marked my 61st birthday, but why would I slow down? I still go out to gigs most nights of the week. Life’s for living – that’s my motto.

I still love to pogo, it feels so exhilarating to totally let myself go and get absorbed by the music. When I hear a brilliant band I just can’t sit down.

As told to Jade Beecroft

Age Is Just a Number

Welcome to Age is Just a Number, a Metro.co.uk series aiming to show that, when it comes to living your life, achieving your dreams, and being who you want to be, the date on your birth certificate means nothing.

Each week, prepare to meet amazing people doing stereotype-defying things, at all stages of life.

If you have a story to share, email [email protected]