PEOPLE aged 26 to 32 are likely to earn less than those who are both older and younger than them – and they're more likely to be unemployed.

That's the findings of a new report from think tank the Resolution Foundation which looked at the effect the 2007 financial crash had on those leaving education during the following recession. 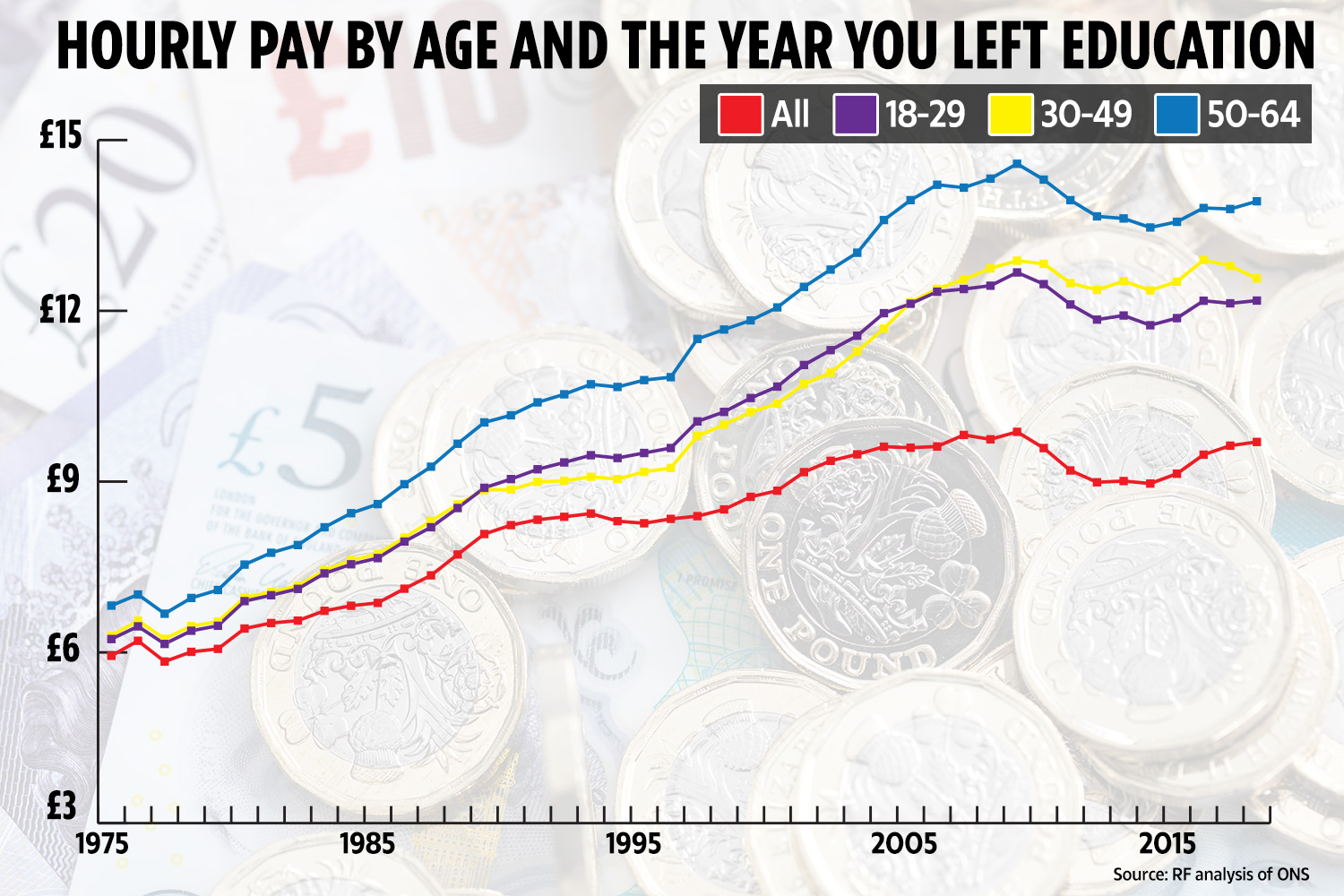 It found that people who left school or graduated from university between 2007 and 2011 continue to face higher unemployment, lower pay and worse job prospects up to a decade later.

That's compared to other young people entering work before or after the downturn.

This is because there were fewer jobs during the downturn meaning more people (rising by 30 per cent) went into lower-paid occupations.

They saw a 6 per cent drop in their effective hourly wage compared to those who left education in better economic conditions.

Meanwhile people who left education in 1995 and 2013, for example, were earning £1 to £2 more an hour in real terms than those who graduated during the recession.

This group of people were also likely to be unemployed with more than one-in-six 18- to 22-year-olds unemployed in 2012 – twice the rate for the population in general.

This in turn stunted their chance for career progression and future pay rises.

And it takes up to six years for wages to recover which means some may only be starting to be paid the same as their peers now.

Stephen Clarke, senior economic analyst at the Resolution Foundation, said: “The ‘crisis cohort’ who had the misfortune to enter the world of work in the midst of the last downturn still faced significant scarring effects.

"Low-skilled workers faced a higher risk of unemployment, while graduates were more likely to trade down the types of jobs they did, with their pay and prospects stunted as a result.

“These scarring effects have stayed with the crisis cohort for up to a decade, reducing their living standards at a time when they may be facing the additional financial strains of buying a home, or bringing up kids.”

The Foundation warns that the Government should focus on these lasting effects and be doing more to help those affected and to ensure it doesn't happen again.

Millions of Brits did get a pay rise back in April though when new income tax and national insurance rates took force – here's what you need to know.

Meanwhile, experts reveal their top 10 tips for getting a pay rise.

Plus, here's how to future-proof your career by securing one of these ten top jobs from AI expert to software developer.