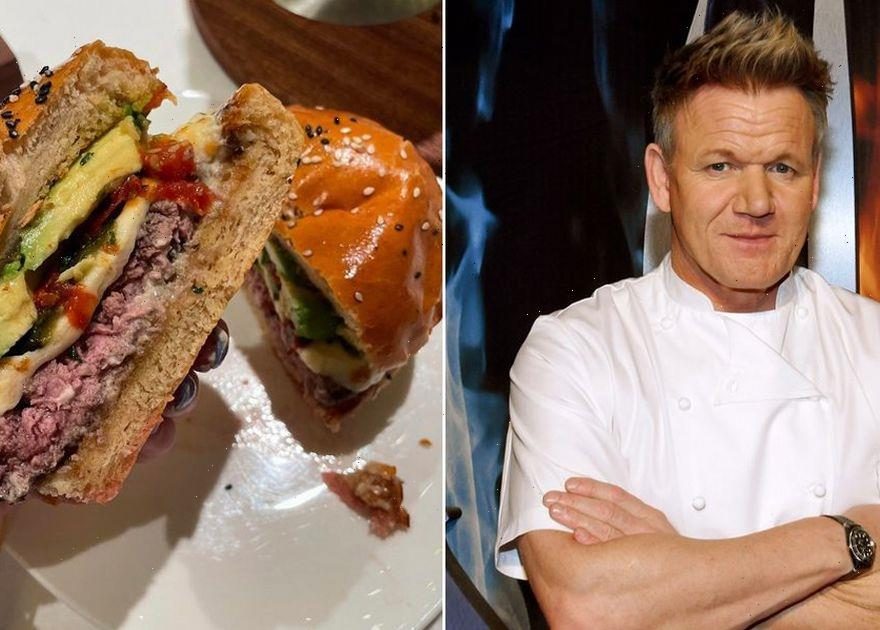 Gordon Ramsay has one of the most iconic burger restaurants in London.

Diners can expect to pay a minimum of £22 for a burger – and the signature 1849 wagyu beef burger is priced at a bank-busting £80.

So is the restaurant worth the hype, and more importantly, the price?

MyLondon reporter Jessica Battison headed to the luxurious spot in Knightsbridge to find out. Here’s what she thought…

Out of the two £25 burger options I decided to order the Hell's Kitchen Burger and patiently waited for my pocket-emptying lunch to arrive.

When my burger came, the huge knife felt a little bit ridiculous next to the petit burger and bun. For £25 I wasn't exactly expecting fireworks, but maybe give me a bigger-than-your-face, fat and hefty burger.

I was relatively impressed when it came within 10 minutes – the ideal for anyone out for their lunch break. Although, if you're spending this much on your lunch break we're living two very different lives.

Giving the knife a whirl regardless, I was treated to an impressive cross-section.

Between the golden bun was a good variety of colour and textures with some decent layers – even if avocado is a pathetic excuse of a burger topping.

Whilst I love a bit of fresh avocado (obviously, like I said I'm a 23-year-old in London) and it offered some freshness in the mix, I don't agree with it playing a feature role here. Some classic crisp lettuce would have added some tasty texture rather than squishy nothingness.

Of course I used my hands to eat this. I may have been in Harrods, but this was still a burger and I'm sure even Gordon would agree that's the only way to eat it. Forks and knives be gone.

As a big combined bite, I was surprised… it actually tasted good? There was spice, sweetness and smoke popping off in my mouth all in one.

The big roasted jalapenos were silky and fiery offering a real lift to the burger. Then normally a simple, humble feature, the grilled tomatoes were delicious; juicy and rich and really offering a hum of flavour.

The jalapeno aioli was also okay, it was creamy and tangy and a good bit of moisture to glue to the bread. It wasn't anywhere near as spicy as the peppers themselves, but it was a nice change to create some kind of fanciness.

Now, a relatively important part: the cheese. The mozzarella here I think has been disrespected, although delightfully bubbled and golden on top, it had congealed into this thick layer of gloop, that offered very little in flavour.

Time to talk about the big guns, the vital part of the burger, the part where Gordon can attempt to justify nabbing £25 off of us: the patty itself.

It was ok, but just ok. It was thick and hearty and pink but didn't run gorgeous burger juices down my hand or have a strong meaty flavour. For a real beefy-tasting burger, I prefer the £8 piece of heaven from Bleecker.

Truffle fries are something I have quite the problem with. A few years ago, even up until 12 months ago, they were something I'd get excited about seeing on a menu. They were fancy, a classier-level of chip, something exclusive.

But now the novelty has totally worn off. You can get them in most restaurants; they even do them at my local café. They now sit on the same tier as the forgotten fun of sweet potato.

Gordon's were served in this huge metal cone lined in paper and to no surprise, showered in bits of black truffle.

When truffle is used like this, I would honestly rather they used garlic instead- it's way tastier in overpowering amounts.

A true cheese-devotee, I was disappointed in the lack of parmesan. If the truffle is going to be flooded across the fries, I'd at least like a light thunderstorm of the cheesy stuff too rather than a cowardly dusting.

The truffle flavour itself was overwhelming and after a few fries it wasn't enjoyable. I could spot some greenery in the mix of seasoning but whatever it was, it wasn't strong enough. A stronger taste of herbyness would have helped.

Oh, the eye-watering £12.50 did include a truffle aioli on the side- how generous of Gordon!

As soon as they showed up I decided they were anaemic. They were completely absent of all colour, totally pale.

Biting in, there was no satisfying crunch, no delightful crispiness. Each fry put up resistance, offering almost a stale texture with every bite- there's no way they were freshly made. At least the decent level of fluff inside gave the chip a bit of redemption.

I like my fries to be crispy and golden; quite literally golden at this price really.

When I noticed their other trick I actually laughed.

The paper lining the cone holding the fries didn't even go to the bottom. They're totally for show; it was only half-full.

Sure this restaurant's in Harrods, I wasn't expecting low prices. But I was expecting good fries – not this absolute rip-off.