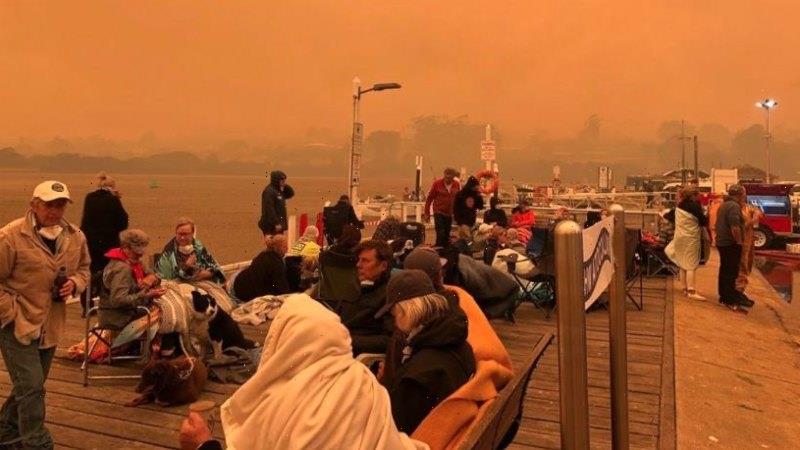 It’s been two years since the Black Summer bushfires but the scars are still visible: on the landscape and people.

That New Year’s Eve, I got to witness, first-hand, the impacts of runaway climate change. About 125 houses were lost in Mallacoota in Victoria, including mine. 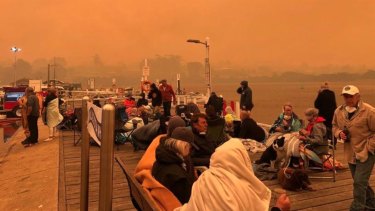 Locals and tourists on the Mallacoota wharf as fire devastated the region.Credit:Siobhan Heanue

In the aftermath of all that destruction and devastation, my hope was that it would, finally, put climate change front and centre in the national conversation, particularly with our federal government.

Two years later, that hope is fading. There have been some wins in the struggle for real action on climate change. In a landmark ruling, Bushfire Survivors For Climate Action won a case against the NSW Environmental Protection Authority to take steps to safeguard against climate change.

Both major parties released climate policies this year and while Labor’s 2030 target is higher than the Coalition’s, it still falls well below what the science says is necessary.

The lack of meaningful 2030 targets by both major parties indicates that, under a government of either persuasion, future generations will be locked into warming above 1.5 degrees. 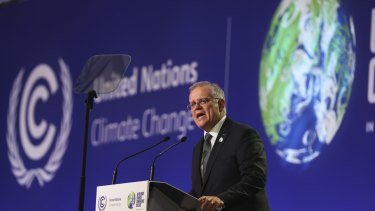 Southern Australia is already at 1.4 degrees above pre-industrial levels, and the impacts in the past two years alone include unprecedented fires, floods and storms. I don’t want to think about what 2 degrees of warming would look like.

The two greatest challenges humans now face are of their own making or, more precisely, of their elected governments’ making. For as long as climate scientists have been warning of the impacts of climate change, epidemiologists have been warning of pandemics like the one we are currently living through. The more we tear down environmental barriers, the more opportunity we give for zoonotic diseases (crossing from animals to humans) to flourish. The more we ignore a warming climate, the greater the impacts will be.

While the situation is dire, there’s one bright spot on the horizon: 2022 will see Australia heading towards a federal election. This is an opportunity for every Australian voter to send a clear message around their expectations on climate action.

As we have seen from the Santos branding in the Australian pavilion at COP26, political donations from fossil-fuel corporations are problematic, particularly when the donations or support don’t have to be revealed until after the election.

How is this democracy when it stands in the way of the transition to a renewables economy and real emissions reductions that about 80 per cent of Australians want?

As the largest exporter of coal, Australia has an important part to play in global emissions reduction. Use your vote in the coming federal election to put us on the right side of history.

Jann Gilbert is a marine ecologist and a member of Bushfire Survivors for Climate Action.

Liam Mannix’s Examine newsletter explains and analyses science with a rigorous focus on the evidence. Sign up to get it each week.