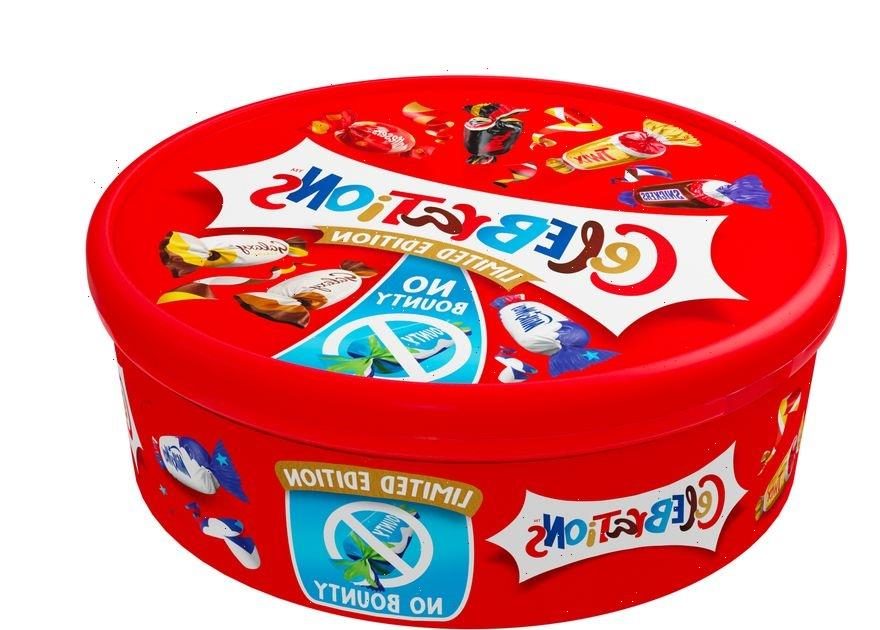 It isn't truly Christmas until the Celebrations Christmas tubs come out, but there may be one chocolate missing from this year's selections.

And it's good news for those who actively avoid Bounty bars as Mars Wrigley has today announced that these chocolates will be removed from an exclusive run of Celebrations tubs this festive season.

Research has unveiled that the coconut filled chocolates are a food that can divide the nation, with 39 percent of Brits wanting to banish them from Celebrations tubs altogether.

This group may now have its way, with Mars Wrigley teaming up with Tesco this Christmas to trial a new initiative of No Bounty tubs.

From November 8, customers in selected stores can exchange tubs bought in-store that day with a new No Bounty Celebrations tub.

The trial may determine if the chocolates will stay in the tubs going forward, or if they'll be removed and potentially replaced.

This decisions follows data revealing that 18 percent of Brits said they would feel irritated if they opened a Celebrations tub to find only Bounty bars were left, and a whopping 58 percent said this would lead to a family argument.

The study polled 2,000 Brits aged 18 – 65, and found that 22 percent of these liked Bounty the least out of all the chocolates in the tub.

The decision to embark on this trial has divided social media, with one Bounty lover arguing: "I understand some people don’t like them but the Christmas chocolate tub is a carefully balanced eco-system

"If you remove the Bounty I’ll just eat more of the ones you do like.

"God in his infinite wisdom created them as a self-regulating system and you’re a fool to mess with it."

While one hater of the chocolate wrote: "Stop pretending Bounties are anything other than landfill."

TV host Richard Osman shared a the news, tweeting: "This calls for a mutiny."

Other Bounty lovers suggested another simple way to get rid of the chocolates if you dislike them, with one joking: "JUSTICE FOR BOUNTY! Send all of your Bounty bars to me & I will safely dispose of them x."