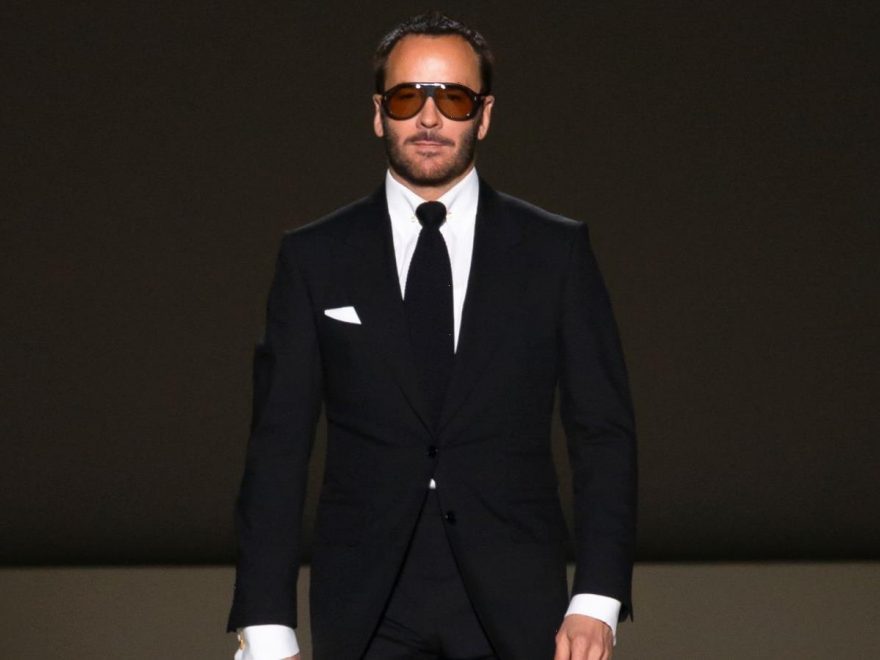 Tom Ford is a prominent fashion designer and film director. He made his way to the fashion industry’s top with his dedication and hard work. Ford worked different jobs before starting his brand. He pursued different paths before discovering his talent in fashion. He struggled immensely before tasting success. There was a time when he was jobless, and today he has made a mark on the world. The Tom Ford brand has earned a place in the hearts of fashion enthusiasts, and Ford is a true inspiration to anyone who wants to build a name in the fashion or film industry. He started from scratch and rose to the fashion industry’s top with his hard work and effort.

The Early Days Of Life

Ford was born in Austin, Texas, on August 27, 1961, as Thomas Carlyle Ford. He was very creative from an early age. In 1979, Ford went on to study history at the New York University but dropped out after a year on account of some distractions. After a short stint as an actor in Los Angeles, Ford went back to school, this time pursuing architecture at Parsons School Of Design in Paris, from where he graduated with a degree in architecture. Ford switched to fashion following an internship at Chloé in Paris.

Entry Into The Fashion World

Ford had a hard time finding work in the fashion world. Without a proper fashion-related degree, no one wanted to hire him. Ford was determined. Once he decided he would be a fashion designer, there was no looking back. He looked forward to the day one of these people hired him. Finally, a New York-based sportswear designer Cathy Hardwick hired Ford. At Hardwick’s, Ford helped in designing her women’s ready-to-wear collection. Ford joined Perry Ellis in 1988.

Gucci creative director Dawn Mallo gave Ford a trial project. Mallo spotted Ford’s potential and offered him a permanent job with Gucci in Milan. Ford reached Gucci in 1990 when the brand was trying to break into the mainstream apparel market. The company was a wreck at the time, nearly bankrupt on account of family power struggles and scandals. Soon Ford became the Design Director. He began transforming Gucci, and by 1994, Ford rose to Creative Director. Soon Hollywood’s biggest stars sported the Gucci look. For the next decade, Ford set new fashion trends. In 1999, Gucci purchased Yves Saint Laurent Rive Gauche. By 2000 Ford was Creative Director there as well.

After French Multinational Pinault Printemps Redoute bought Gucci in 2004, Ford left Gucci. He founded his own fashion company, the Tom Ford Brand, in 2005. Here, Ford offered menswear, eyewear, and beauty products. There was a significant buzz for his new company when Ford posed on the cover of a 2006 issue of Vanity Fair wearing Tom Ford menswear, between Keira Knightley and Scarlett Johansson. As one of the most decorated directors of his generation, Ford received many awards for his work with Gucci and his Tom Ford Brand. He won five Council of Fashion Designers of America awards, four VH1/Vogue Fashion Awards, and was named the GQ Designer of the year 2001.

Ford had an interest in filmmaking, and his debut directorial effort, A Single Man released in 2009. He wrote the screenplay for the movie as well. The critically acclaimed drama was adapted from Christopher Isherwood’s novel. Next, Ford directed and wrote Nocturnal Animals of 2016. This film was based on a book too. Ford received many nominations for his works in the film industry. Further, the actors who worked in his films received nominations.

Ford met Richard Buckley during a photoshoot for Hardwick. By November 1986, both men were dating. They moved in together by New Year’s Eve. Ford never hid his sexuality. He never dwelled on it either and preferred not to be labeled. Buckley was diagnosed with cancer in 1989. A series of treatments and surgeries later, Buckley pulled through. The two moved to Europe for a change of pace. When Ford joined Gucci in Milan, Buckley found work as the European editor of Mirabella.

Tom Ford earned a place in the fashion industry with his hard work and determination. He pursued many other parts before discovering his talent in fashion. Ford helped revive Gucci to its former glory. After resigning from Gucci, Ford built a brand for himself. The Tom Ford brand is among the top brands in the fashion industry. Ford then entered the film industry and gained fame as a director and has been nominated for many prestigious awards since, with a long way to go.

READ NEXT: The Lagerfeld Effect: How Karl Lagerfeld Revolutionized The Fashion Industry And Became An Icon