How to dress like a grown up with Shane Watson: Vamp it up in velvet – it’s not just for Christmas

Not long now until we’re weighing up our options for the Christmas party season. Though ‘season’ is a bit optimistic in my case; these days we’re talking a maximum of three parties, one with dancing.

Still, parties there will be, and parties require extra effort. There are just certain expectations: even the low-key dressers among us feel the draw of rich fabrics in plummy colours, which is why, eight times out of ten, we turn to velvet.

There’s nothing like it for transforming navy into deep, starry-night blue. Come December 5, a serious chunk of the female population, myself included, head for the spare room cupboard and break out the velvets left languishing there since last January. 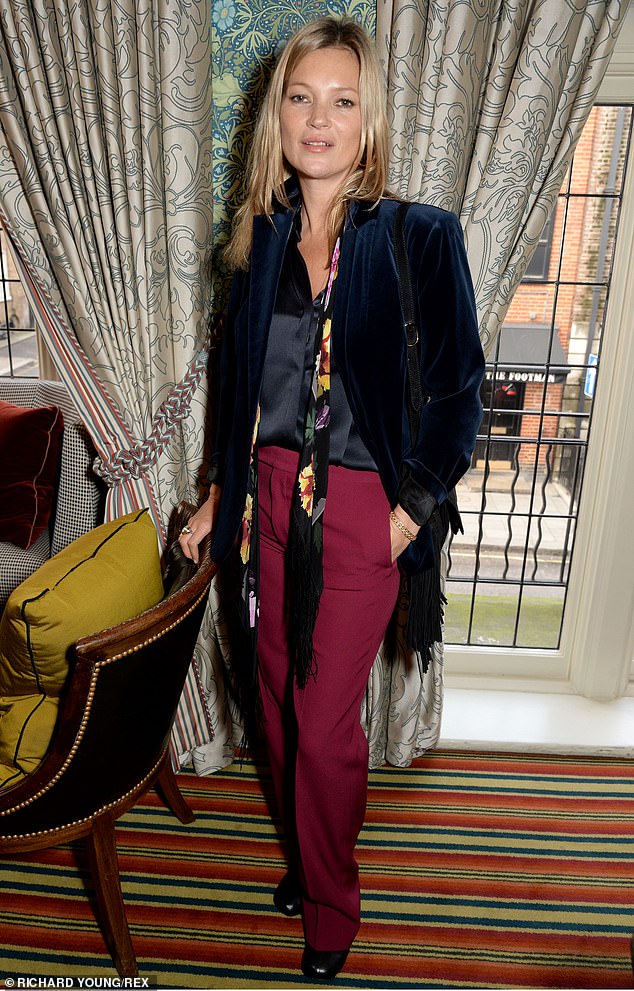 Shane Watson says as the Christmas party season starts there are a range of fabrics on offer but none quite like what velvet can offer. Pictured: Model Kate Moss donning velvet

It’s not rocket science. We know it’s a one-stop solution to making us look our glamorous, luxurious best.

So, now we get to the point. What if it didn’t have to be this way? What if velvet for day, everyday, nine to five, or all weekend long, was as normal as velvet for Christmas?

What if, instead of saving velvet for special nights, we pulled it on in the morning with trainers and a warm coat and never looked back?

To put it another way, if velvet makes us look good at Christmas, then why not make a lot more of it?

Easier said than done, you’re thinking; I don’t lead the sort of life where I can swank around on a Monday in a claret, velvet trouser-suit.

But what if (more what-ifs) we were talking not about sharp, rock ‘n’ roll suiting or slash-fronted dresses, but easy, everyday clothes that just happen to be made from velvet?

Maybe a floppy jumpsuit in silk velvet? Or a slip-over, no-buttons velvet shirt to tuck into your regular trousers? Or a bias-cut skirt to sling on with a polo-neck and some ankle boots? Would there be a problem then? Probably not.

And that’s what we’re talking about: a velvet revolution. Velvet instead of cord, or cotton or silk. Velvet you can wash on a cool cycle and wear as casually as denim.

It happened with cashmere after all — once the wear-twice-a-year-and-keep-it-in-tissue-paper option, and now look at it: cashmere track pants, hoodies, big cardigans . . . That’s where we’re going with velvet — and beyond. 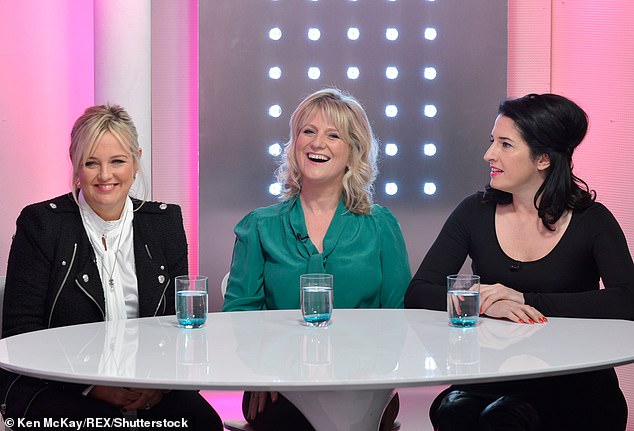 A good place to start if you can’t quite visualise this new approach to velvet is NRBY, the label started earlier this year by Jo Hooper, former womenswear director at Debenhams and John Lewis, who wants to make the clothes that work for us in our daily lives work harder.

Jo’s theory is that you can make an ordinary, sloppy sweatshirt special simply by adding a bit of cashmere and making it sorbet pink. And her real passion is velvet — 15 per cent silk, 82 per cent viscose, easy care — to wear everywhere but the Christmas party.

Choose black or rich, unexpected colours — not red or burgundy.

The look works best with boots or trainers rather than heels.

MODERN shapes keep it out of the cocktail zone.

Pair a velvet skirt with a polo-neck, not a silk shirt.

Her brand does a great jumpsuit (£250, nrbyclothing.com) in black silk velvet or forest green that, because it’s quite loose and relaxed, looks just right with white trainers or loafers in the day. (The black one is Jo’s daytime uniform.)

Another useful basic is NRBY’s popover shirt (£150), particularly good in pink, with a shirt tail hem that’s shorter in the front and bottom-covering at the back. It comes as a maxi-dress, too (£250).

In addition to the drape and feel, colour is a big part of the appeal of velvet, especially silk velvet. Hush’s blue, bias-cut midi-skirt maximises all the best features of the fabric (£65, hush-uk.com).

Boden does a versatile lilac-blue velvet shirt (£110, boden.co.uk), while a midnight-blue blazer (£129, hush-uk.com) can be worn with anything in the day — just be sure to pick a design that’s relaxed and not sharp-shouldered or fitted.

Finally, Brora’s midi-shirt-dress in a rich plum has dressing up and down potential (£275, brora.co.uk) — just in case you never make it home to change.