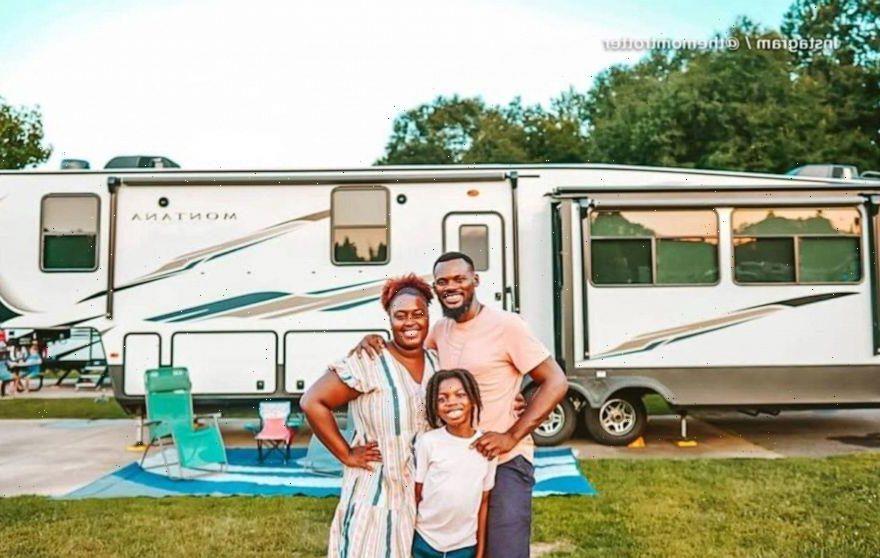 When Karen Apkan lost her job in 2019, she and her husband, Sylvester, parents of a now-8-year-old son, did not have any savings to fall back on.

“All of a sudden that contract ended,” Apkan told “Good Morning America” of losing her job. “And things just went downhill from there.”

Burdened by their mortgage and bills, on top of more than $200,000 in debt from student loans, a car and more, the Apkans decided to sell their house.

“In order for us to hit our goals, we had to make a drastic change, and that drastic change would be, like, to completely eliminate that house payment,” said Apkan, who lived in California at the time.

The family used the money from the sale of their house to pay a portion of their debts and used the rest of the money to buy an RV, where they’ve been living for the past 14 months.

In order to find a new way to make money, Apkan and her husband poured their energy into their travel blog, TheMomtrotter.com, where they share tips on traveling, parenting and homeschooling on a budget.

“That was the time to kind of make this work and get better at my craft and kind of make it into a family thing so that it would be able to sustain us,” said Apkan. “I got better at the craft and photography and video and all that stuff, and pitching and reaching out to brands, and the income just started coming in.”

By partnering with brands, the family was able to increase their annual gross profit to more than $300,000, according to Apkan.

She says the extra income allowed her family to pay off their more than $200,000 debt in 18 months.

“I was able to sleep better just knowing that I don’t have that debt over my shoulders anymore,” said Apkan.

The family plans to continue to live in the RV as they travel and build their brand even more, according to Apkan.

A bonus of the family’s journey has been the experience for Aiden, whom Apkan says “has adjusted so well” to his family’s new living adventure.

“He loves being on the road,” she said. “He loves meeting friends, loves visiting new states, countries and everything in between.”