PASADENA, Calif. – Phoebe Waller-Bridge hopes that you can connect with her messy, sexual and emotive character in Amazon’s “Fleabag.” Otherwise, it might just be proof that Waller-Bridge herself is a little bit crazy.

“And if they didn’t, it would be like, ‘Oh, my God, we’re just the insane ones. This is what we think is truthful and interesting.’ “ 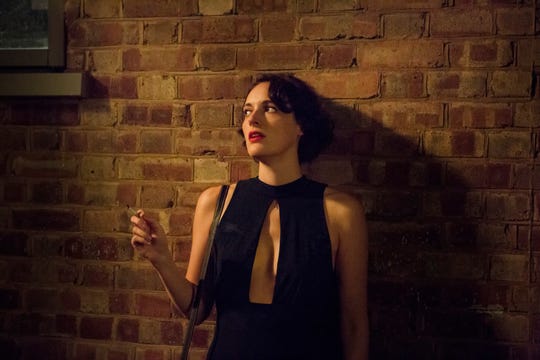 The actress and writer is certainly being seen by Hollywood. After breaking out in the first season of “Fleabag,” which she wrote and starred in, she went on to play (via motion capture) droid L3-37 in “Solo: A Star Wars Story,” create BBC America’s critical darling “Killing Eve” (she received an Emmy nomination for her work on it), and debut her one-woman show “Fleabag” in New York, all before being announced as one of the writers on the new James Bond film. The second six-episode season of “Fleabag” is available on Amazon now.

“Fleabag” is Waller-Bridge’s most personal, intimate work, and it shows. The exquisite series debuted on Amazon in the U.S. in 2016. The first season followed Waller-Bridge’s nameless, fourth-wall breaking protagonist (who, though she is never named in the series, is often referred to by fans as “Fleabag”) on a self-destructive tear while grieving her best friend’s death. Part of what made the show stand out was Fleabag’s flagrant and brash sexuality, a coping device to mask her grief and guilt.

“She used that as a weapon, sort of as a tool of deflection,” Waller-Bridge says. “And I feel like that was part of what felt new and unusual about it, to hear a woman talking that way. … She used sex as escapism. In part of her journey to try and be a different person, she’s had to let go of that.”

In "Fleabag," many characters don't get real names, and are identified by their role. Here Fleabag (Phoebe Waller-Bridge) talks to the Priest (Andrew Scott). (Photo: STEVE SCHOFIELD/AMAZON)

In the second, even more affecting season, Fleabag is actually doing a little better. The cafe she owns is thriving, and she’s repairing her relationship with her sister (Sian Clifford). Although her self-actualization hits a bit of a roadblock when she, of course, falls in love with a rowdy, profane and slightly drunk Catholic priest (Andrew Scott). Overall, it meant the often-explicit series is a little tamer this time around.

“There’s definitely her struggling with wanting to have sex and promising herself she won’t. She used a kind of sexual candor to cover a lot of her emotional trauma,” Waller-Bridge says. Since the show’s debut, “there have been so many amazing conversations happening in the world about women talking about sex and desire and their own relationships and their position in the world that it felt like the character had to move on from that.” 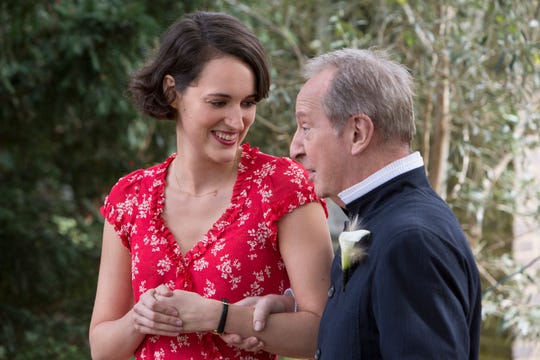 Although the stunning second season has been met with breathless praise, Waller-Bridge is certain “Fleabag” will remain a 12-episode story.

It’s great news for the series, which ends on a pitch-perfect note, but terrible news for fans who have been so moved by the story, something Waller-Bridge never imagined.

“When we did a screening in London, there was such a big whoop at the climactic point of the (first episode), which I really was not expecting,” she says. “It made me feel like, God, people are really behind this character. It made me feel really emotional, actually.”