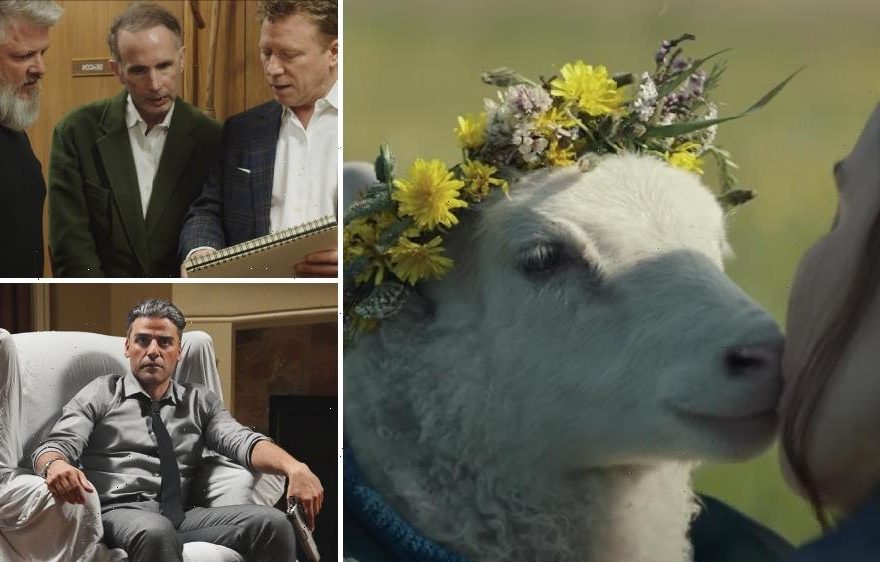 The long Thanksgiving weekend provides an opportunity for awards voters to get through the first pile of screeners — or in the case of the Academy Awards and BAFTA groups, scroll through their streaming room platforms. In multiple discussions with awards voters, it’s been interesting to note how few movies they’ve seen at this point in the year. Perhaps it’s related to the pandemic, and many of them returning to work and under the gun of deadlines, or maybe not hearing about anything that’s drummed up enough passion for them to seek it out.

The in-person awards screenings in Los Angeles have been brimming especially for films like Denis Villeneuve’s “Dune” and most recently, Paul Schrader’s “The Card Counter,” both with star Oscar Isaac in attendance. But in this first year where DVDs are barred from being sent to Oscar and Bafta voters, will each film get enough eyes on it to make enough noise?

In the case of the Academy of Motion Picture Arts and Sciences, we are two weeks away from the opening of the shortlist voting, where ten branches will whittle down their selections to 10 or 15 films. The categories are international feature, documentary feature, makeup and hairstyling, visual effects, animated short, documentary short, live action short, original score, original song, and  for the first time, best sound, which will be cut down to 10.

Last year 238 documentaries were submitted for the branch to consider, which crushed the previous record of 170 back in 2017. As of last Friday, there were 128 films uploaded, with a promise by the Academy of more to come by the end of Wednesday. So we shouldn’t expect the total number of entrants to surpass last year’s number, but it could be somewhat in the vicinity of the hefty 2017 number.

It’s worth nothing that there are 10 months of submissions this year, versus the standard 12, due to the pandemic.

For best picture, on which the entire Academy votes, there are currently 93 features in the Academy Streaming Room. The pandemic year of 2020 produced 366 total films vying for the top category, the highest since 1970, and that’s a number we could see again by the end of the year.

In the international feature race, there’s no official number as the Academy won’t release that until a later date, but at the moment, it looks as though there are 93 countries in play, the same number as last year. Somalia is the only country that is submitting to AMPAS for the first time with “The Gravedigger’s Wife,” while three others are resubmitting after being disqualified last year — Algeria’s “Héliopolis,” Bhutan’s “Lunana: A Yak in the Classroom” and Uzbekistan’s “2000 Songs of Farida.”

It’s also unknown how many of the 10,000 members of the Academy opted in to vote on the shortlist, which will shrink down to 15 before the official list being voted on once more for the nominations, which will be announced on Feb. 8, with the other general categories.

BAFTA’s View online streaming platform is sporting a whole new aesthetic and user navigation. With an ability to sort through the library by categories, film types and tags relating to the gender of the director or an underrepresented group, members can also track what they’ve watched and record notes on the film.

As of today, there are a total of 127 films vying for the EE British Academy Film Awards, with many more to come. It all began with Kelly Reichardt’s “First Cow” from A24, the first film uploaded for consideration in categories like best film, leading actor (John Magaro) and supporting actor (Orion Lee). The most recent upload was the documentary “Phil Lynott: Songs for While I’m Away” by Emer Reynolds.

In contrast to the Academy, BAFTA has different submission criteria for best film not in the English language, making it difficult to find a correlation to the Oscar category. With 26 films so far, voters from across the pond can watch Japan’s “Drive My Car” or Iceland’s “Lamb” over the holiday. They can also take in selections such as Pedro Almodóvar’s “Parallel Mothers” from Spain or Audrey Diwan’s “Happening” from France.

Thirty-nine movies are looking for love in the outstanding British film category, including the musical “Everybody’s Talking About Jamie” from Amazon Studios and “Mothering Sunday” from Sony Pictures Classics. There are also a few unexpected contenders like Craig Gillespie’s “Cruella” from Walt Disney Pictures, Cate Shortland’s “Black Widow” from Marvel Studios and Rebecca Hall’s “Passing” from Netflix. The final film from Roger Michell, “The Duke,” which premiered at the Telluride Film Festival, is also angling for posthumous attention for the beloved filmmaker who passed in September.

A couple of crossovers from the last awards season could still eke their way into a lineup or two, such as IFC’s “The Nest” with Carrie Coon and Jude Law and Monument Releasing’s “The Surrogate” with Jasmine Batchelor.

Other high profile films on the platform, whether voters give them their chance or not, that are worth watching include: “A Quiet Place Part II” (Paramount Pictures), “Pig” (Neon), “In the Heights” (Warner Bros), “The Harder They Fall” (Netflix), “Luca” (Pixar), “The Last Duel” (20th Century Studios), “Zola” (A24), “Stillwater” (Focus Features), “Shang-Chi and the Legend of the Ten Rings” (Marvel), “The Eyes of Tammy Faye” (Searchlight Pictures), “Dear Evan Hansen” (Universal Pictures), “Annette” (Amazon Studios) and “Respect” (MGM/United Artists Releasing).