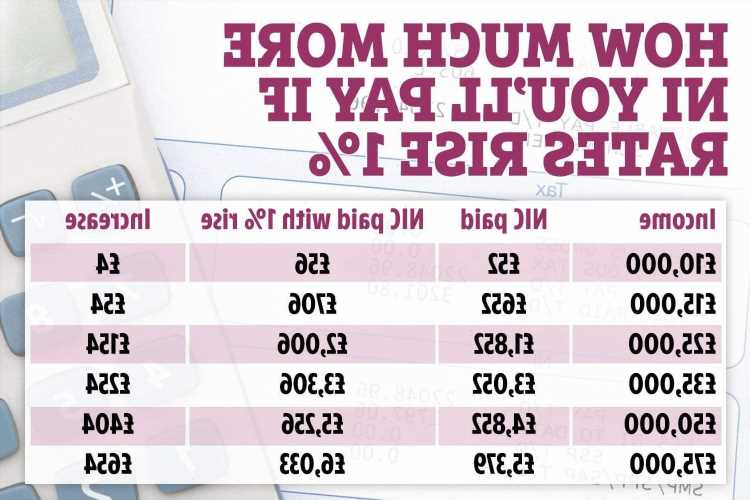 A TAX rise to pay for social care could cost some workers hundreds of pounds a year, according to numbers crunched for The Sun.

Plans to hike National Insurance would increase the amount of tax Brits pay, reducing income and the amount they have to spend each month. 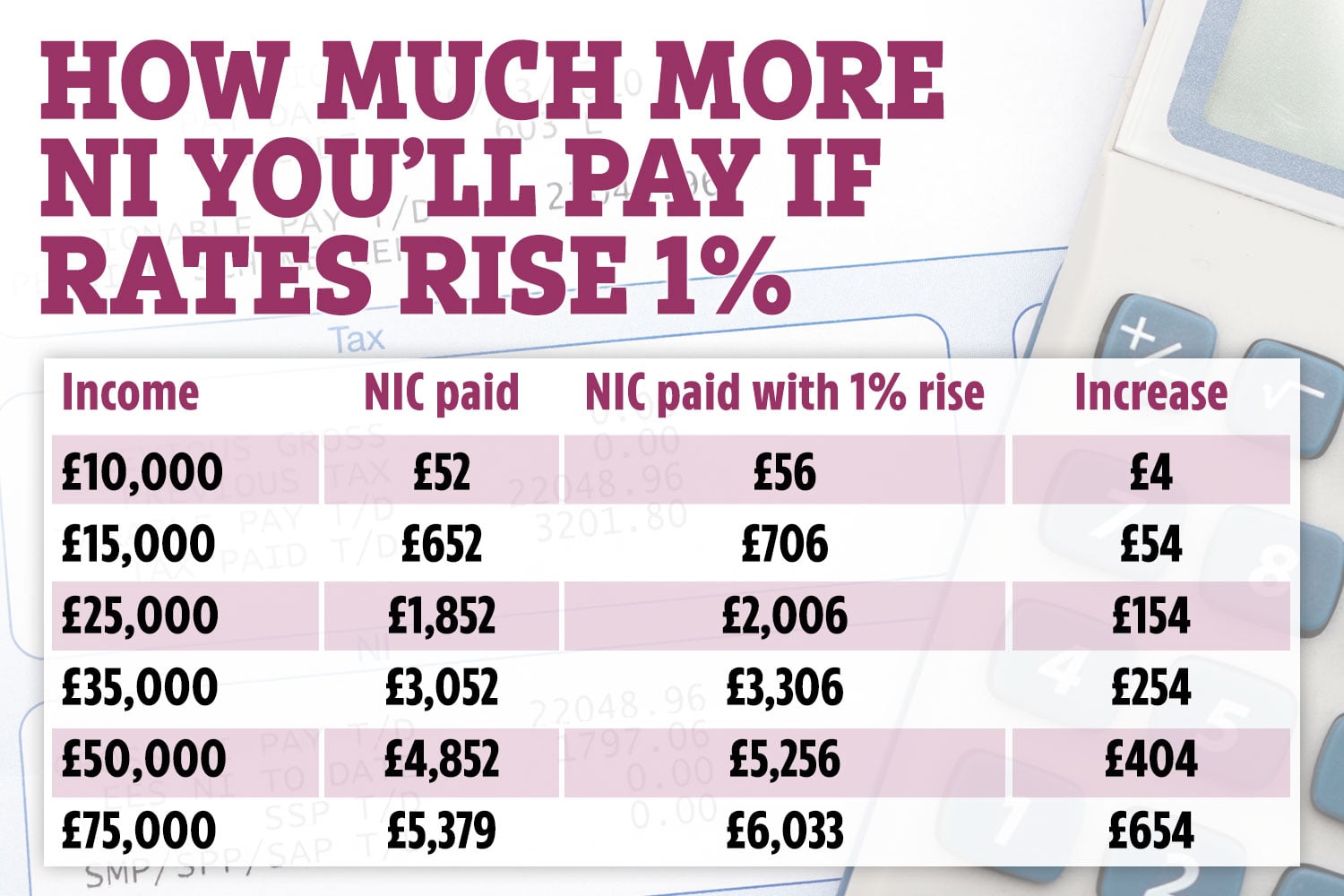 The government is looking at a tax hike to cover the billions needed to pay for social care for the country's ageing population.

That could see National Insurance Contributions (NICs) rise by 1%, The Sun first reported.

There's no certainty it will rise, as the government is still working on its social care plans, but NICs are currently the Treasury’s second-biggest revenue raiser and bring in more than £150 billion a year – that's one fifth of all tax.

The National Insurance you pay in helps fund state benefits like the State Pension, sick pay and unemployment benefits.

You pay National Insurance when you're employed and earning more than £9,564 a year, or £184 per week.

A further 2% is paid on any earnings over this amount and the self-employed pay lower rates.

That means that the amount of National Insurance you pay depends on how much you earn – the more you make the more you pay.

Figures from accountancy Blick Rothenberg show how these NICs would go up if the rates increased from 2% to 3% and 12% to 13%.

Those on the lowest incomes paying NICs would pay just pennies more per year.

But overall an increase to National Insurance is likely to hit those on lower incomes compared to the wealthier in society, the accountancy firm said.

That's because NICs are calculated on a weekly or monthly basis, so seasonal workers or those on zero hours contracts may have to pay despite earning less than the annual threshold.

You also start paying NICs at a lower threshold than income tax, while wealthier earners are likely to have income from elsewhere, like property, that doesn't incur NICs, or be self-employed and pay lower rates.

Although an NIC rise would bring in an estimated £12.5bn for the Treasury, Blick Rothenberg client service director Robert Salter said: "NICs are a very bad way of raising additional revenue.

"In particular, it penalises poorer workers, whilst letting wealthier people and the retired escape from any additional liability."

Some workers could escape paying more if the rates do rise by asking for a payrise, said Maree Firmin of accountancy firm Firmin & Associates.

She said: "If the national insurance increases come into play, employees must remember this when it comes to their salary review.

"Their salary will need to increase a bit above inflation, or they may find themselves with less of their hard-earned cash in their pocket."

National Insurance is not the same as income tax, and you pay this separately on your earnings too.

Tax rises are usually announced in the Chancellor's annual Budget, which lays out the government#s spending plans for the year ahead.

The last Budget in March followed several emergency Budgets by Rishi Sunak to get the country through the coronavirus pandemic.

The thresholds at which you pay each rate usually rise each year.

Any rise in future would break the Conservatives manifesto commitment not to raise NICs, VAT or income tax in this parliament.