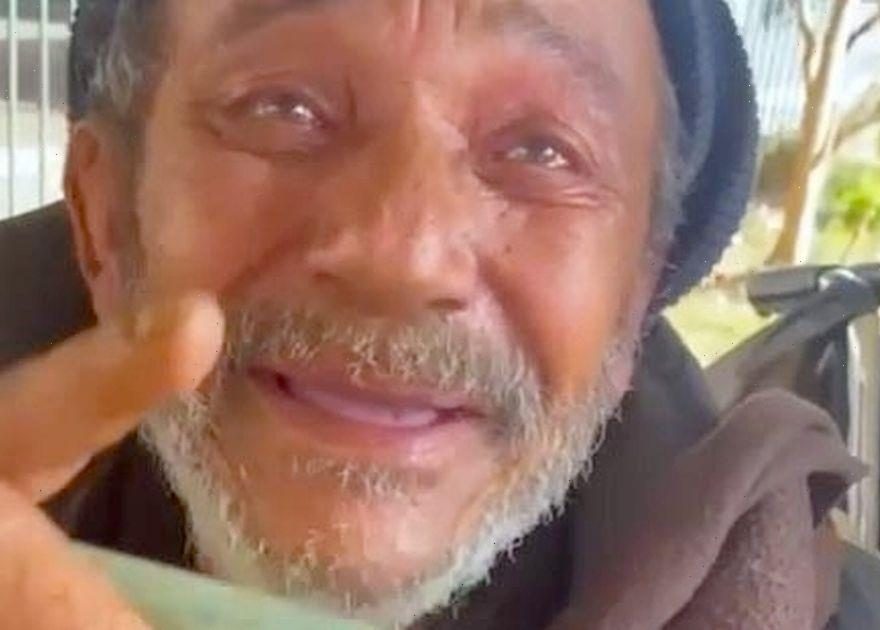 A homeless man was left in tears after he was treated to a complete makeover and given somewhere to stay by a kind-hearted TikTok user.

Activist Mahmoud Itani, 35, met rough sleeper, Mounir, when filming a video in which he was giving out donations made by his 702,200 followers.

The bloke, based in Beirut, Lebanon initially tried to give Mounir some of the cash that was raised — but he refused, saying that others in similar situations to him would need it more.

READ MORE: Homeless man beaten by trainer for having sex with his wife kisses stunning influencer

Mahmoud said: "It was one of the hardest moments for the entire channel, we didn’t expect him to tell us to give the money to other people."

Mounir's selfless reaction went viral, gaining more than 1.4million likes on TikTok but Mahmoud was still desperate to help him out.

He gave the homeless man, believed to be 76 years old, a makeover by shaving his beard and cutting his hair.

To put him back on the right track, Mahmoud also gave him a place to stay with food and a shower as well as clothes and money to cover rent.

Mounir was seen crying in a video showing his dramatic transformation, which has gained more than 16million likes.

The rest of his living expenses are covered by the $320 (£261) a month support he is being given both directly from the group and from sponsors they sourced.

Mounir was previously a driver in Kuwait, but, ended up on the streets in Lebanon, with things made worse when he broke his hip.

For the latest breaking news stories and incredible tales from the Daily Star, sign up for our newsletter by clicking here.

Mahmoud founded PlanLB in 2021 alongside his friend Rafic Tannoun, and since then they have been receiving $500 (£408) from their fans a month, which reportedly helps keep 10-15 people fed for a week in Lebanon.

They are planning on expanding to the entirety of the Arab region, as well as the US and EU, where they already have partners garnering donations.