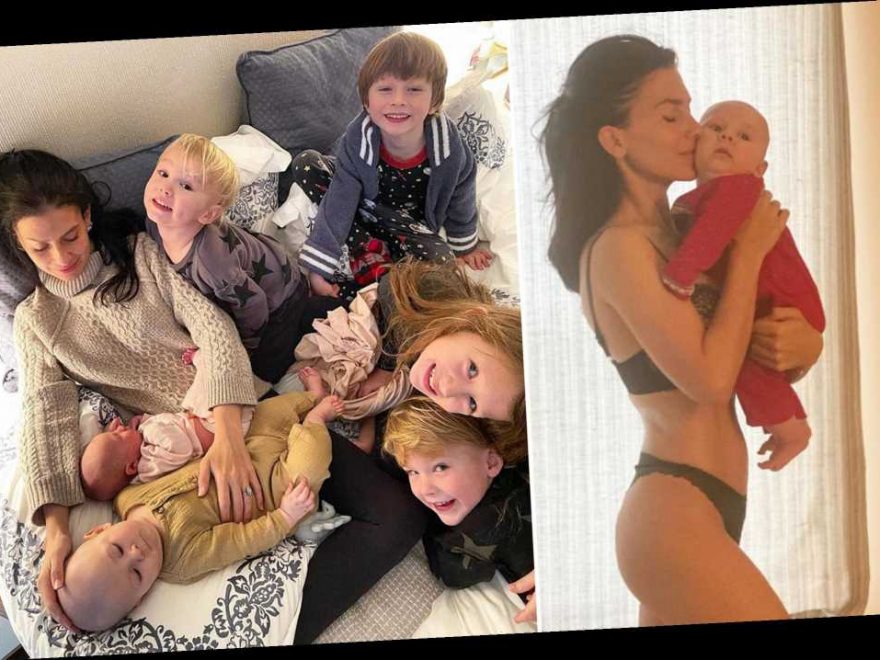 Hilaria and Alec Baldwin welcome baby No. 6 — five months after baby No. 5

Hilaria Baldwin back on Instagram after Spanish heritage scandal

Despite sharing the ins and outs of their everyday life on social media, Hilaria and Alec Baldwin are keeping the details of their family’s new baby hush-hush.

Hilaria, 37, shocked fans on Monday with an Instagram post that revealed a photo with the couple’s little one — just five months after the fitness guru gave birth to fifth child Eduardo.

“We’re still not issuing a statement or confirming anything — what she posted stands,” the couple’s rep told Page Six on Monday when asked for further details.

A source confirmed to us that Alec and Hilaria welcomed their sixth child, but didn’t provide insight as to whether the couple used a surrogate or adopted, a topic which many people questioned on social media.

“Rationally I know Hilaria Baldwin’s new baby was born via surrogate or was adopted, but until that is reported I will continue to be positively REELING wondering how she gave birth to two babies five months apart,” one person wrote.

Emmy-nominated producer Gabrielle Bluestone also tweeted, “I’m sorry but Hilaria Baldwin just had a baby in September how did she just have another baby does pretending to be Spanish somehow accelerate the cooking time???”

In November, Hilaria told People she was content with having five children.

“I think, right now, I’m so tired. And I feel, just with COVID, it’s just insanity,” she said at the time. “Right now, during times of COVID, it very much feels like we’re done.”

In 2019, Hilaria suffered two miscarriages. After Eduardo was born, she said “maybe” last October to having more kids, but made no mention of expecting another child.

In a Sept. 23 episode of “The Ellen DeGeneres Show,” Alec told the host that he was “not going to keep trying, no, I’m done trying” for another girl.

“I tell people my wife is a collector. Some people collect cars, some people collect watches, artwork. My wife collects babies. She likes babies,” he joked. “When the baby gets to be 3 years old, when they’re not the vending machine of joy they used to be, we look at each other and say, ‘Time to have another!’”