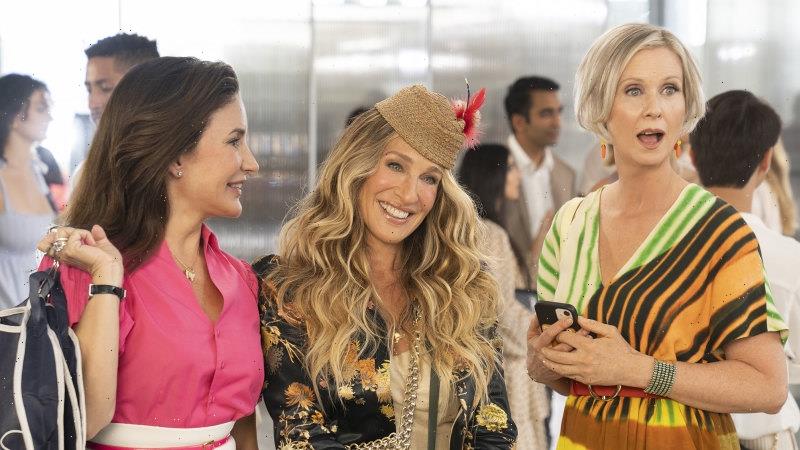 Last week a trailer for Bel-Air, a dramatic reimagining of Will Smith’s hit ’90s sitcom The Fresh Prince of Bel-Air, premiered online.

Based on a fan video posted to YouTube in 2019, the first look at the series from NBC’s Peacock (it will air in Australia on Stan, owned by Nine, the owner of this masthead, from February 14) split opinion.

While some fans voiced enthusiasm for its off-kilter premise, others chose mockery. Stephen Colbert’s late show imagined horror makeovers for ’80s alien ALF and the cast of Friends; Saturday Night Live aired Urkel, a skit recasting the nerdy protagonist of ‘90s sitcom Family Matters as a gun-slinging street hustler who taunts “Did I do that?” after exterminating his rivals. 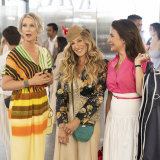 Cynthia Nixon, Sarah Jessica Parker and Kristin Davis in a scene from the Sex and the City reboot, And Just Like That. Credit:

Also joining the streaming wars are How I Met Your Father, a gender-flipped take on How I Met Your Mother starring Hilary Duff; an all-black version of The Wonder Years set in Montgomery, Alabama in the late ’60s; and Degrassi, HBO’s umpteenth revival of the Canadian high school drama.

However, Hollywood’s ongoing obsession with reboots suddenly seems curious amid increasing evidence audiences have tired of the trend. A string of cancellations and lukewarm relaunches has thrown a wrench into the accepted industry wisdom around reviving hit intellectual properties.

In recent months, high-profile reboots of Cowboy Bebop (Netflix) and I Know What You Did Last Summer (Amazon Prime), and other revived shows including Punky Brewster (Peacock), Head of the Class (HBO) and Party of Five (Freeform), have all been axed after just one season for viewer indifference.

In Australia, Back to the Rafters, Amazon Prime’s resurrection of Seven’s Packed to the Rafters, which originally went off-air in 2013, faced a similar fate: cancelled after a season.

MTV’s reality reboot The Hills: New Beginnings had a slightly longer run, two seasons; as was Paramount+’s The Twilight Zone led by Oscar winner Jordan Peele. Meanwhile, viewer apathy has met And Just Like That, HBO’s troubled reboot of Sex and the City, as well as the network’s remake of millennial favourite Gossip Girl, which was savaged by critics following its debut in July (it’s since been renewed for a second season).

The growing evidence seems a rebuke to the general wisdom around commissioning reboots and remakes, the idea that since established IP comes with a proven legacy and a built-in following it’s viewed as less risky than green-lighting a completely original idea.

But that’s only half the story, says Netflix Australia’s director of content Que Minh Luu. Among Luu’s key commissions is a reboot of the revered ’90s teen series Heartbreak High, which is set to premiere on Netflix “sometime in 2022”.

“The thing about rebooting a show – and I’m speaking specifically about Heartbreak High, which was a well-loved and culturally significant show for children of the ’90s – is that yes, you’re nodding to the original fans of the show, but really you’re making it for a new generation who don’t even know what Heartbreak High is. So that is reinvention from the ground up,” Luu says.

“We’re not doing a photocopy of the original. What we’re taking from the original is that feeling of being seen, heard and understood by this show – and what it means to have that feeling today for a Gen Z audience is very different to what it was if you were a teen in the ’90s. 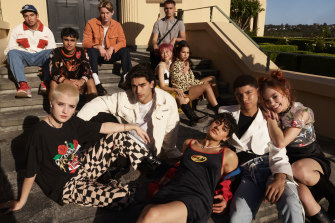 It begs the question, though: why reboot Heartbreak High rather than just creating something completely separate that evokes that series’ tone and spirit?

“For the same reason any other IP is rebooted,” Luu says. “You see something in the original concept or the cultural impact it had and you want to pay homage to that, you want to build on it. There is pleasure in the familiar, but what you do with the familiar to innovate on that, that’s the exciting thing. It is by no means an easy way out, it is a tool.”

The struggles many reboots are having in engaging audiences suggests such inbuilt legacies can be a hindrance, rather than the benefit they’ve long been considered because viewers are instantly going to compare the new thing to the old thing.

Luu says she’s not concerned the new Heartbreak High is going to have to compete against the legacy its title evokes.

“I don’t see it as a burden,” she says. “I see it as paying respect to the original. You’re still looking for that feeling it generated rather than the mechanics of who’s who and what happens and all the stuff that was done in the original.

“The starting point of why you do it is because it’s familiar; it’s the same reason why you cast stars, so you have that initial point of recognition. But what you do once you get your foot through the door, that’s the variable – and that variable is consistent across every show whether it’s a completely original thing or a reboot.”

Like any series idea there are countless ways to approach a reboot, says Luu, pointing to Riverdale’s distance from the Archie comics it derived from.

“You look at what Riverdale did with the Archie comics: the main characters’ relationships and the story’s dynamic were reimagined in this anachronistic, modern but also vintage way, into something completely wild,” she says.

“So whether it’s new IP or old IP, it’s in the execution of it. And then it’s in the hands of the audience whether they accept it or not.”

“When you make a creative decision about rebooting well-loved IP, you do it because of that love. That love took time to build. So, how do you involve that love, reimagine that love, and deliver that love to a new audience?

“There’s a pleasure in the familiar and there’s no reason why we should diminish that, and there’s a joy in working with something that is wildly loved already and trying to elevate the love for it or evolve it in a different direction.”