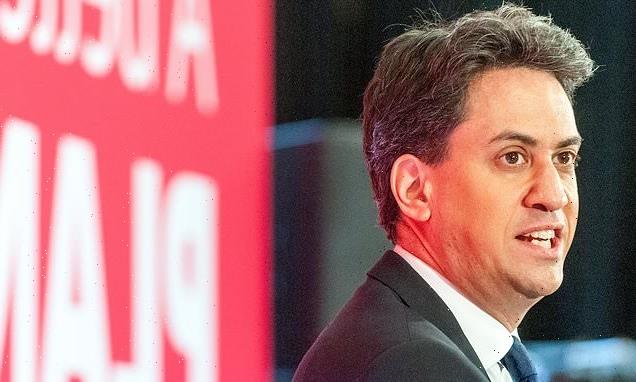 ROSS CLARK: Has anyone caused as much damage to the British economy as Ed Miliband?

Has any individual caused as much long-term damage to the UK economy as Ed Miliband? The Opposition’s climate spokesman yesterday committed a future Labour government to caving in to demands from governments around the world for reparations to cover ‘loss and damage’ from climate change.

He didn’t want to use the ‘R’ word, and he didn’t want to think it would mean the UK taxpayer sending billions off to China – although China is one of the countries that has been demanding payments from the West for historic carbon emissions. Even so, he told Laura Kuenssberg that Britain had a ‘moral responsibility’ to pay up, on the grounds of its historic emissions.

Does he honestly think Britain should be apologising for the success of the industrial revolution? Two hundred years ago, the vast majority of the world’s population lived in poverty. To take one statistic that demonstrates the jump in living standards since then, global life expectancy has gone from 29 years in 1800 to 71 years now. 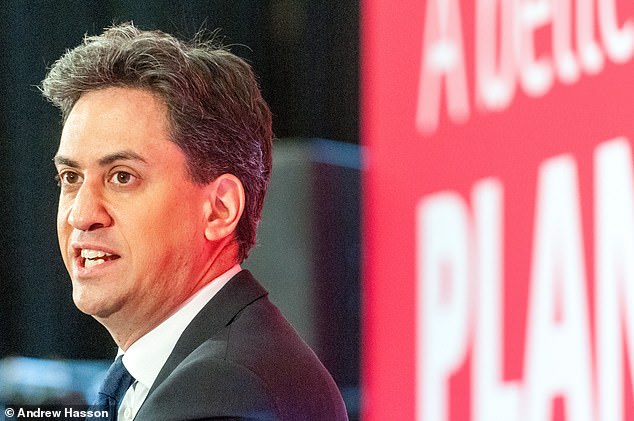 That is down to one thing above all else: cheap energy provided by fossil fuels, which has enabled industrial and agricultural development beyond imagination.

Whether living standards in Britain can continue to improve is another matter. Thanks to the Climate Change Act, our economy now has a very large weight attached to its feet.

The Act, passed when Miliband was climate secretary in 2008, originally placed a legal commitment on the UK Government to ensure that, by 2050, carbon emissions would be reduced by 80 per cent on 1990 levels.

But in 2019, the 80 per cent was increased to 100 per cent reductions – ie to net zero emissions – without even a vote in the Commons. Yet no one really has any idea of how Britain can reach this target without crashing the economy.

It doesn’t just mean more wind turbines, solar panels and electric cars – industries like steel, cement and fertiliser production, as well as agriculture, produce large quantities of greenhouse gases and, as yet, no economic means exists of eliminating them.

The US, the world’s second largest emitter, has not put itself under any legal obligation to eliminate emissions.

Out of 193 countries which promised at last year’s Cop26 to come back this year with more ambitious targets, only 26 have actually done so. Of course, that hasn’t stopped many countries pressing for reparations from Britain and other Western nations for loss and damage that has supposedly been caused as a result of climate change. 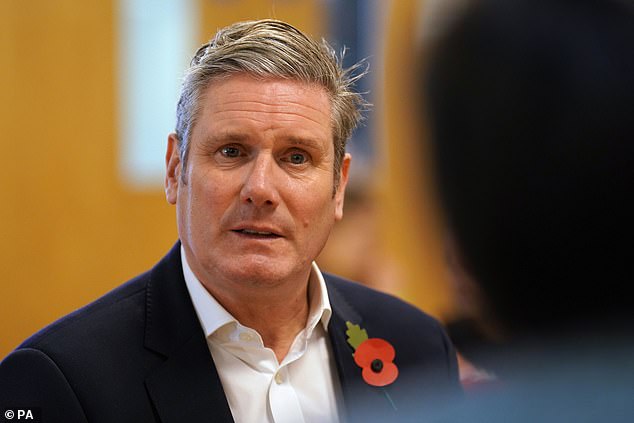 Sir Keir Starmer, to be fair, was not party leader at the time, but even with him in charge, the constant refrain from many in his party has been one that endeavours to shame Britain for its past

Miliband has fallen for their claims hook, line and sinker. But then apologies and reparations for supposed misdeeds of the past are part and parcel of the guilt-filled rhetoric of the Left.

Labour’s 2019 manifesto stated ‘in recognition of the past wrongdoings of the British state, the new constitution should make an unreserved apology to all of the countries of the world that the Empire invaded and negatively impacted’.

And, to make amends, it promised ‘the British state should set up a reparations fund as part of the constitution, which offers financial assistance to communities across the world that can show loss and detriment as a result of the actions of the British state’.

Sir Keir Starmer, to be fair, was not party leader at the time, but even with him in charge, the constant refrain from many in his party has been one that endeavours to shame Britain for its past – the recasting of Winston Churchill as a villain, the removal of statues and changes to street names to name just a few examples. And now Miliband has joined the fray.

We all want clean energy. We want to do our bit on climate change. But the last thing we need is Ed Miliband in charge of energy and climate change policy. He has done quite enough damage already.

Not Zero: How an Irrational Target Will Impoverish You, Help China (and Won’t Even Save the Planet) by Ross Clark is published by Forum in February