Harry Styles confirms ‘Watermelon Sugar’ is about ‘the female orgasm’

There’s no place like home … or a Harry Styles concert.

The 27-year-old pop star went all out for his Halloween-themed show at Madison Square Garden on Saturday, dressing as Dorothy from “The Wizard of Oz.”

He channeled the Judy Garland character in custom Gucci, rocking rosy cheeks, red tights, and a gingham dress with a matching hair bow throughout his “Harryween” performance.

Styles even put his own spin on the film’s iconic ruby slippers, clicking his heels in sparkling boots featuring built-in blue socks.

His band got in on the fun too, cosplaying characters from the 1939 flick in their own custom Gucci ensembles, ranging from the Cowardly Lion to the Tin Man. 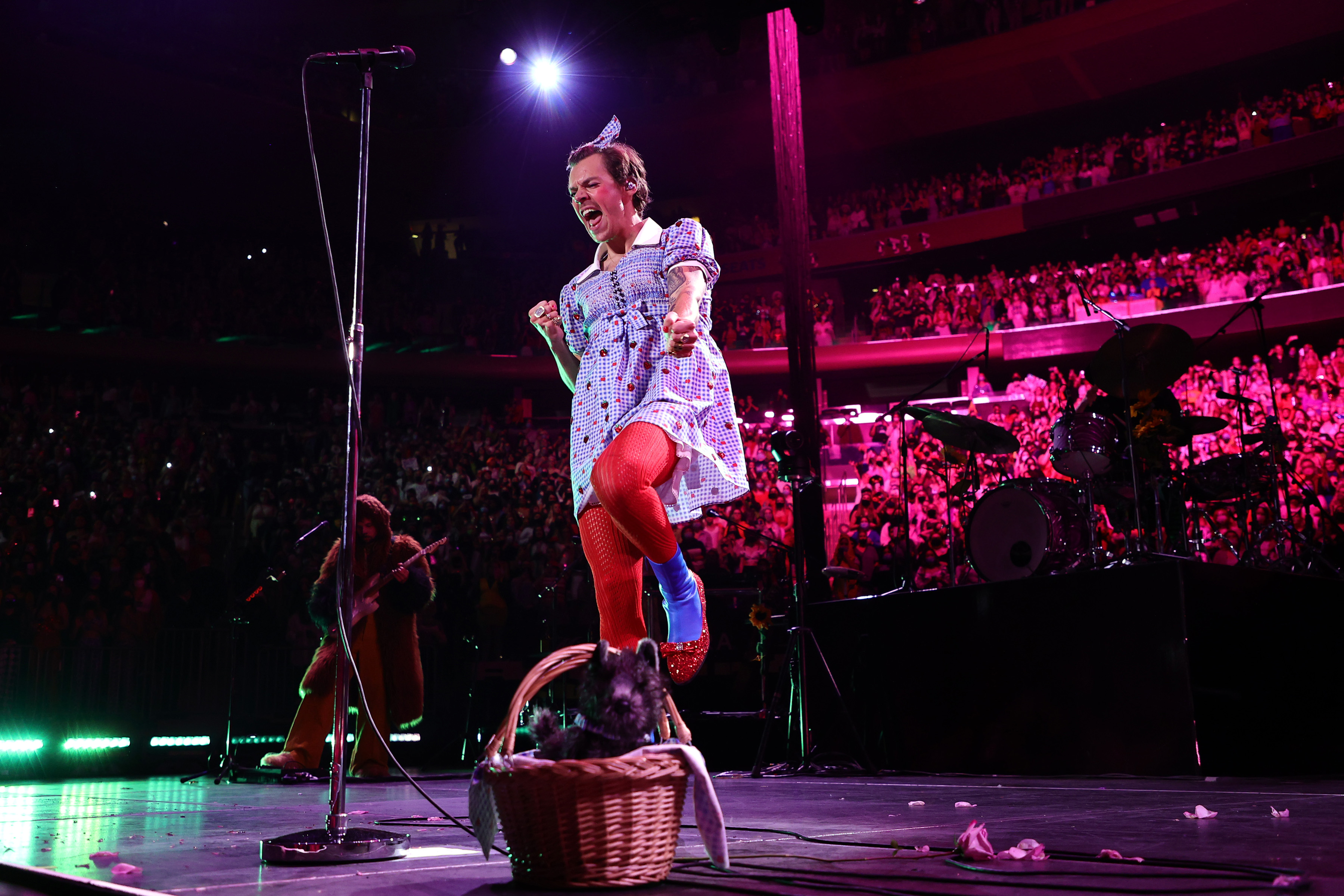 Nodding to the film further, Styles even added a rendition of “Somewhere Over the Rainbow” to the show’s setlist.

Fans were loving the straight-off-the-yellow-brick-road look, with one commenting, “Dorothy’s never looked better,” while another quipped, “dorothy this is a family show.”

Others couldn’t help but tie the Dorothy outfit to Taylor Swift’s song “Dorothea,” with one Twitter user writing of Styles’ ex-girlfriend, “from now on every time i listen to dorothea by taylor swift I will think of harry styles.” 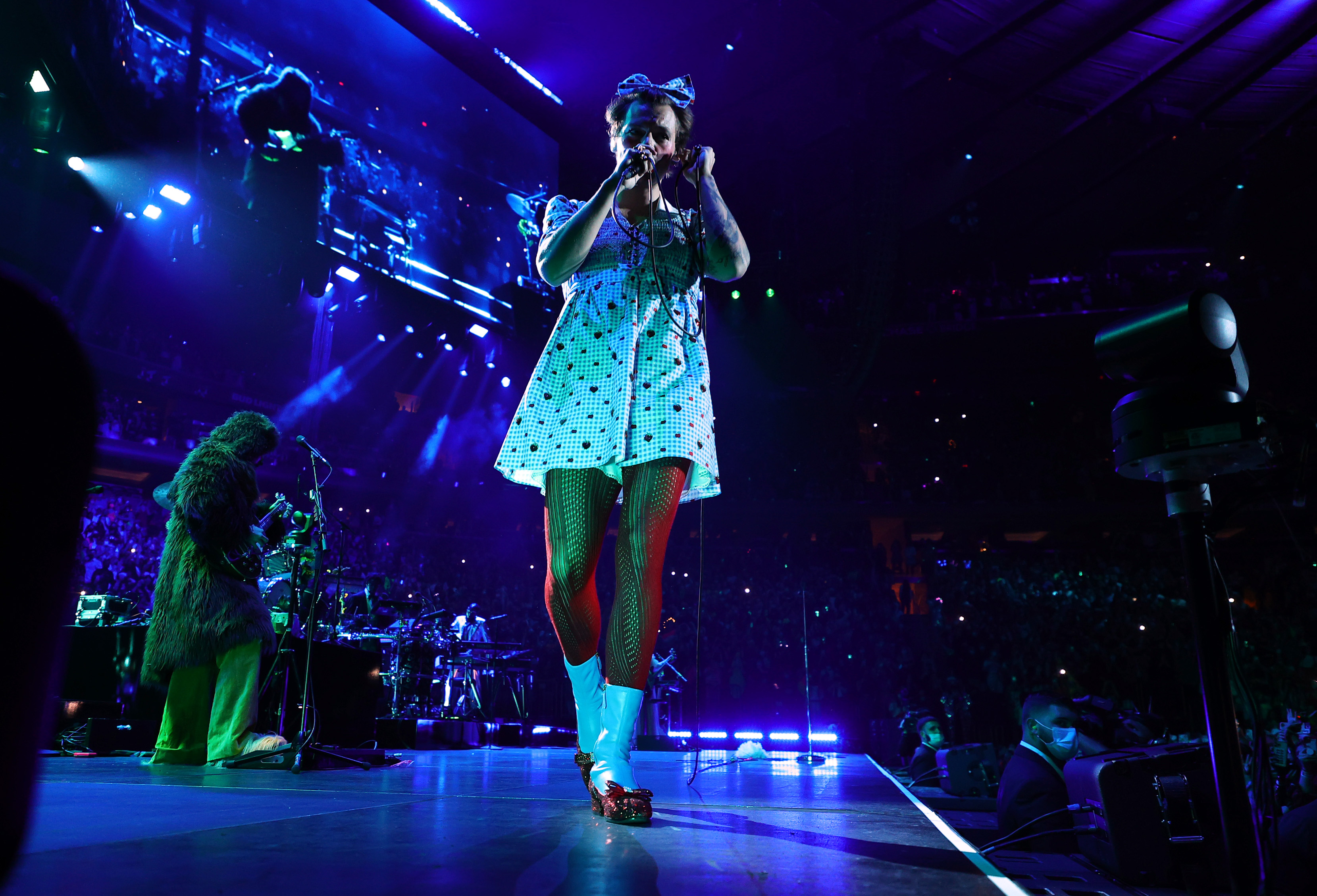 Styles’ beau, Olivia Wilde, dressed up as well, attending the show in a Dolly Parton costume complete with prosthetic boobs.

The actress, 37, has long been supportive of her boyfriend’s music, having been spotted carrying his “Love On Tour” tote bag, wearing a hoodie from his merchandise line and showing up to his shows. 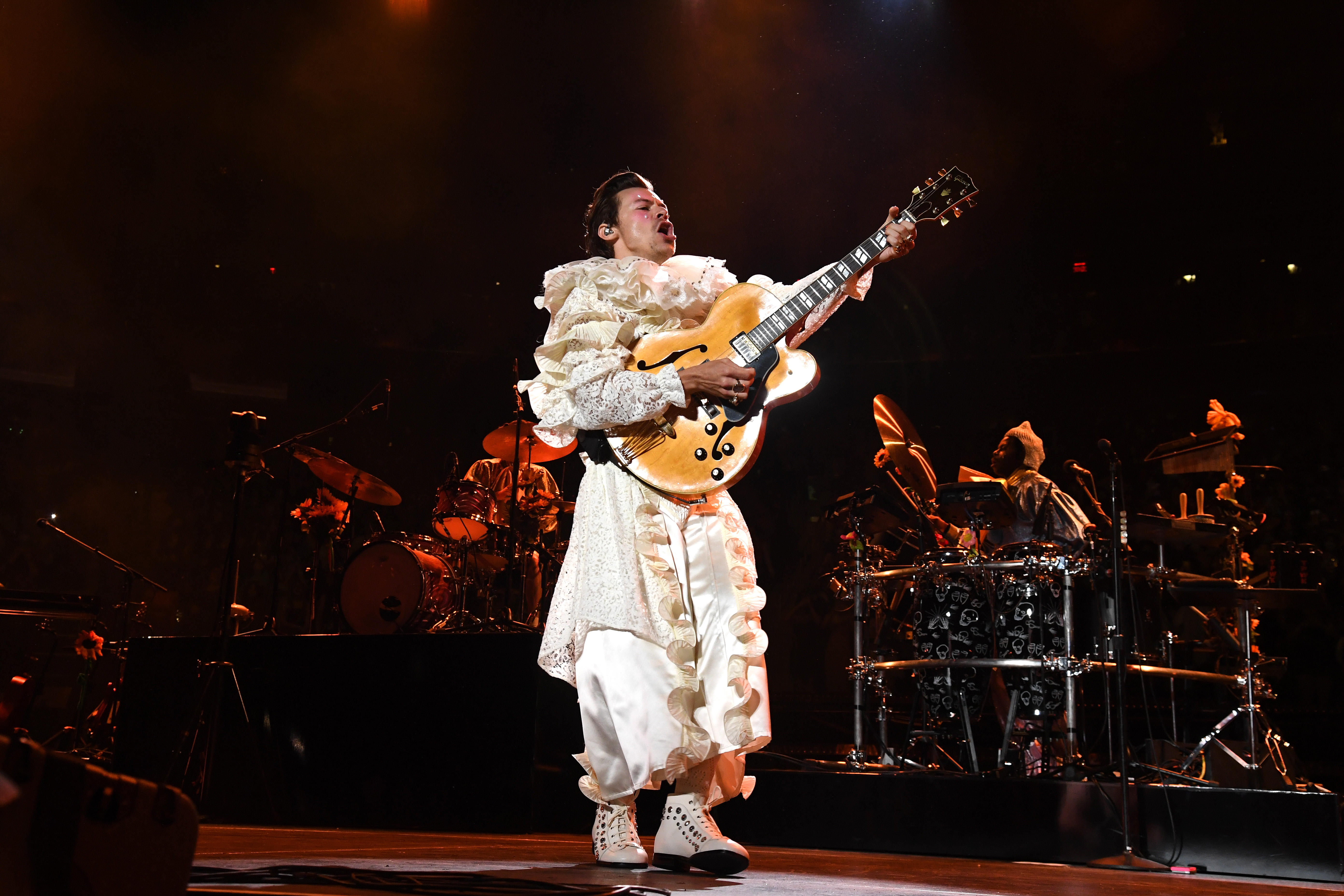 A day after hitting the stage as Dorothy, Styles rocked a white clown costume for a second “Harryween” show on Sunday, where he performed a rendition of Britney Spears’ “Toxic.”

Guess he’s not in Kansas anymore.