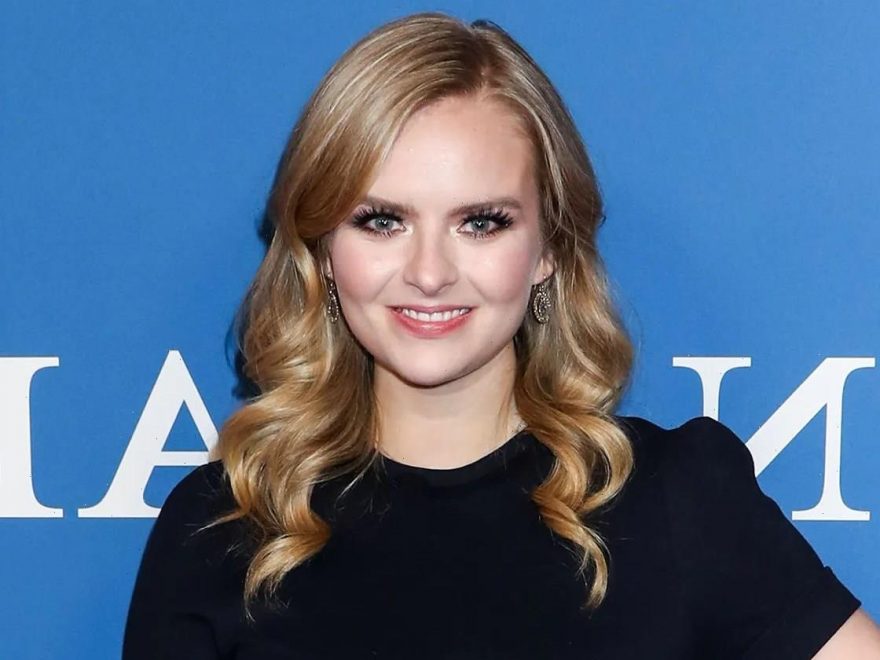 The Hallmark family’s newest addition! Andrea Brooks and her husband, Riley Graydon, have welcomed their second child together, a son named Levon.

The When Calls the Heart star, 33, shared a snap of her baby boy while they did skin-to-skin contact via Instagram on Saturday, December 17. She captioned the post with a simple white heart emoji. 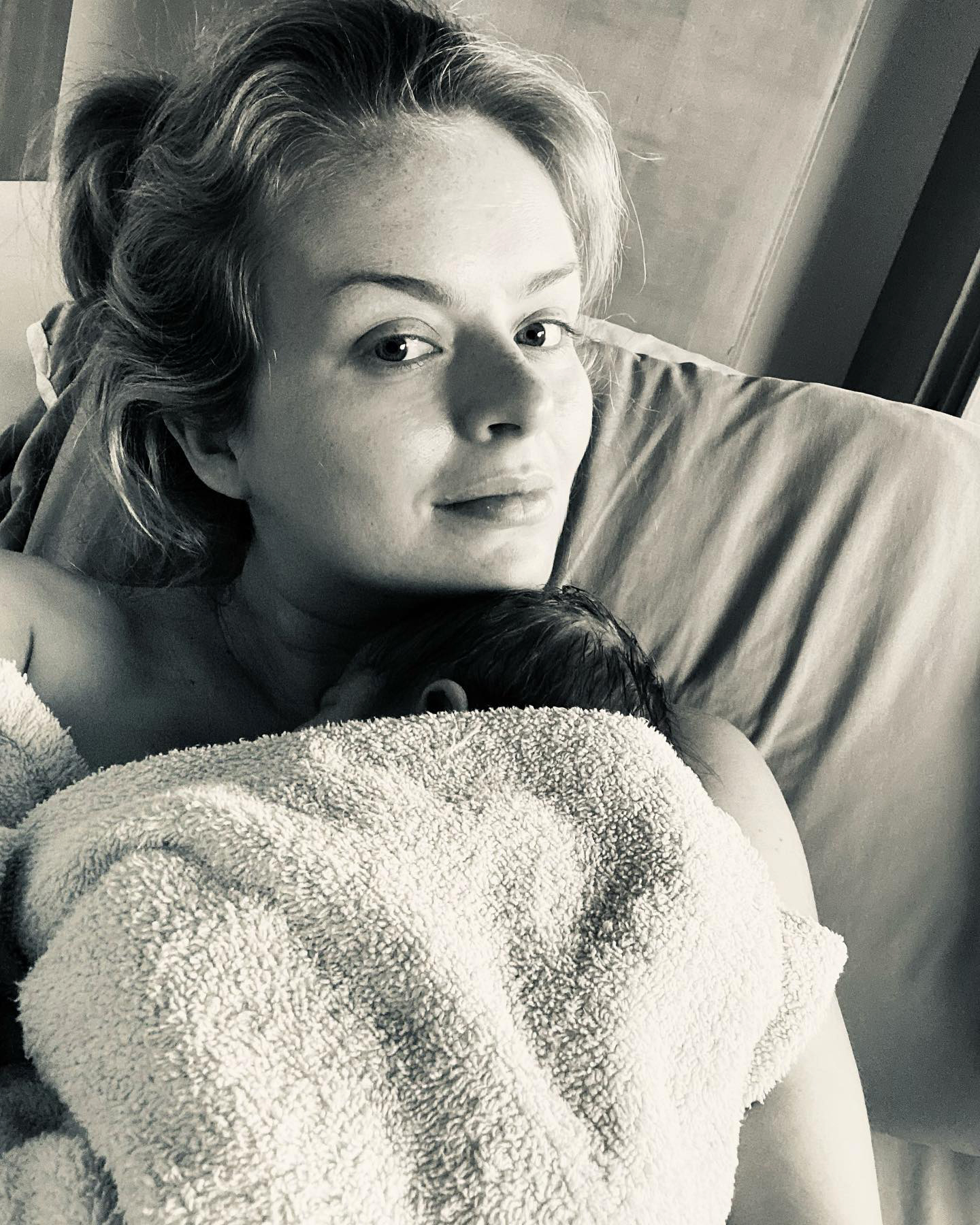 Brooks’ fellow Hallmark stars including Erin Krakow, Pascale Hutton and Lacey Chabert all shared their congratulations for the proud parents. “So happy for you guys!!!” Krakow, 38, wrote via Instagram comment.

Brooks — who wed her spouse in 2018 — announced her second pregnancy in November after keeping her early trimesters under wraps.

“The cat’s officially out of the bag! All in all, I’m feeling great! It’s definitely a lot different the second time around as I know what to expect,” the Supergirl alum told Entertainment Tonight at the time. “Surprisingly, I’ve had a lot less cravings with this pregnancy. … Right now, I’m finding myself eating veggies with hummus at all hours of the day, and I’ve also started drinking big cups of hot chocolate every time we do night shoots at work.”

“She’s very excited! A lot of her little friends have welcomed siblings over the past year, so I think she has a general idea of what to expect,” the Canada native told ET last month about Viola becoming a sibling. “She wasn’t all that enthusiastic when I told her she would be a big sister, in fact, I remember she looked me square in the eyes and said, ‘Yes mama, I know! I told you!’ I’m assuming since she watched her friends become big brothers and sisters, she just figured that was in the cards for our family, too. It definitely was not an emotional TikTok-worthy moment.”

The Romance to the Rescue actress, who plays Dr. Faith Carter on WCTH, continued filming the series throughout her second pregnancy. 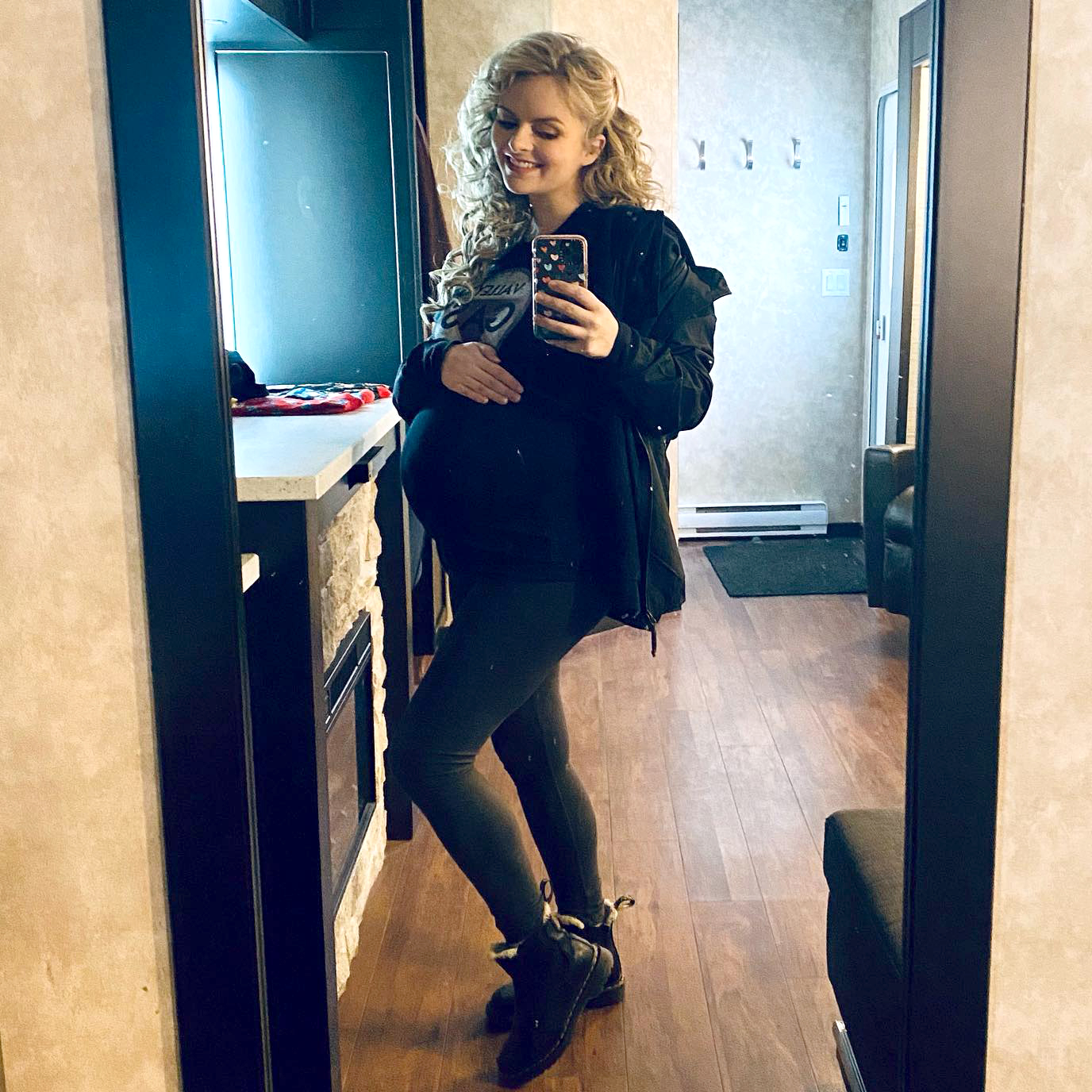 “Bumping my way across the finish line! Last day of shooting for season 10.🤰🏼Could not have done it without all the support from this incredible cast and crew,” she wrote via Instagram on November 16. “Love you guys to pieces. Thank you @hallmarkchannel for continuing to allow us to tell stories from Hope Valley. Season 11 would be… heaven?😇.”

While Brooks frequently dotes on her little ones via social media, her romance with Graydon has remained relatively private.

“I would say [our go-to date night] is going to the movies because I love film [and] I love movies,” the Bates Motel alum previously revealed during a March 2018 appearance on the “Hallmarkies” podcast. “But that’s not a very active date scenario. I think, like, is mini-putt an acceptable answer?”