This year’s Thanksgiving was full of ups and downs on ‘Grey’s Anatomy.’ Farouk’s health worsened, Meredith and Nick spent Thanksgiving together, and feelings bubbled over for Amelia and Link.

It’s officially Thanksgiving on Grey’s Anatomy! Even on a holiday, Amelia and Kai are texting, and it puts a big smile on Amelia’s face. Nick drives Meredith to the airport so she can head back to Seattle for Thanksgiving. As soon as she gets there, her flight has been delayed because of snow.

Schmidt’s mom shows up at the hospital, even though Schmidt is working on Thanksgiving. She’s going to set up a Thanksgiving dinner for her son in the cafeteria. She’ll wait! She’s got nothing but time. 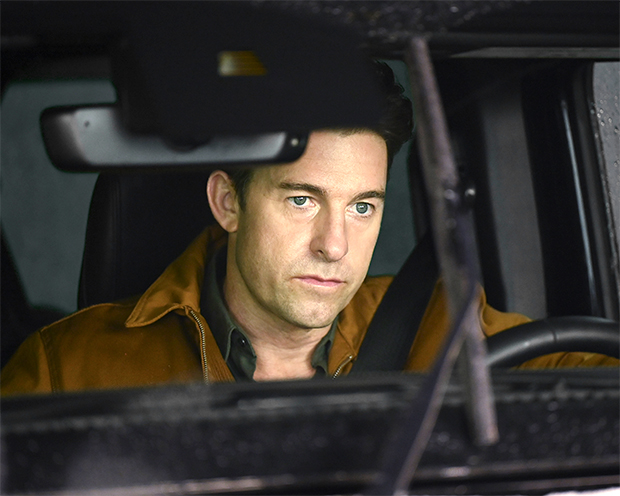 Even though Owen is supposed to be home helping his mother, he shows up at the hospital. Owen, Teddy, Megan, and Hayes bring Thanksgiving to Farouk. It’s been 3 weeks since his surgery, and he still isn’t able to go home.

Later, while Teddy and Megan are talking by Farouk’s bedside, he begins to code. Hayes thinks it’s time to put Farouk on ECMO, while Teddy thinks that’s premature. Megan has to make a game-time decision and goes with what Hayes says. When Owen returns, Teddy tells him that Farouk is going to have to go on the heart transplant list.

Meredith ends up stuck in Minnesota because of the snowstorm, which means Amelia is in charge of the 4 kids and Thanksgiving dinner. Link decides to stay over after dropping off Scout to help out. Meredith thinks she’s going to spend Thanksgiving alone in her hotel room, but Nick shows up at her door. They end up making love. 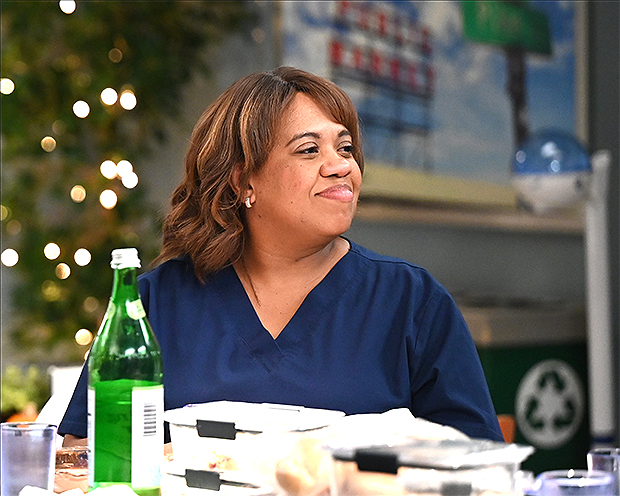 Miller’s dad took baby Prue home with him, so Bailey has been making herself busy at the hospital. Noah shows up at the hospital again. He’s very, very sick. The end is near for him. He asks Owen, “When is this going to be over?” Owen is straight with him and says, “It’ll be over soon.”

Richard finds Bailey crying over Prue and the loss of Miller. “I just want to hold her and tell her everything’s going to be alright,” Bailey says. Richard comforts her and lightens the mood by celebrating Thanksgiving with Schmidt, Nico, and Jo.

After the kids are tucked in, Amelia and Link can breathe a sigh of relief. They have spent a successful Thanksgiving together. “You are nothing like your parents,” Amelia says to Link. Suddenly, Link kisses Amelia. They continue to makeout until Amelia stops and says, “Nothing has changed for me.” And for right now, that’s okay with Link. He kisses her right back, and they have sex on the couch.