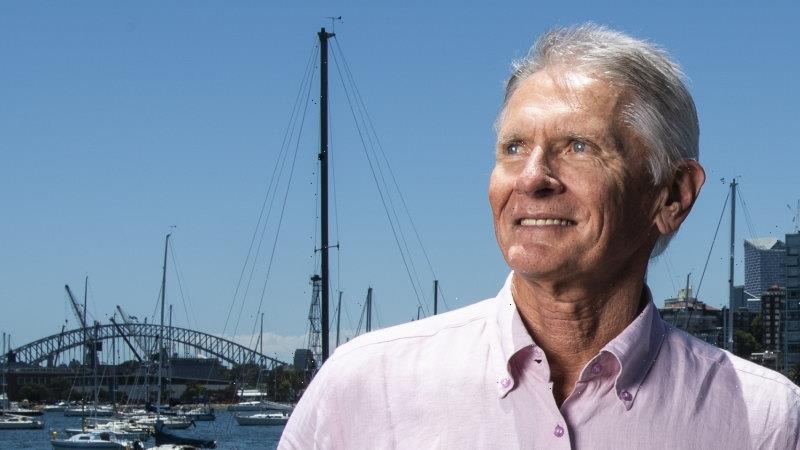 The Greens’ biggest-ever donor is increasingly frustrated the party’s support has stalled and is considering throwing his support behind climate independents at the next election.

Businessman Graeme Wood made political history by donating $1.68 million to the Greens in 2010, and over the decade gave the party’s state and national branches a total of $2.49 million. 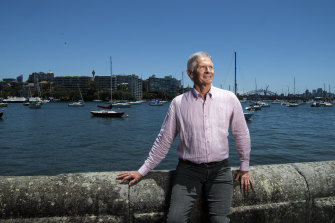 In an interview with The Sun-Herald and The Sunday Age, Mr Wood said the Greens needed a “shot in the arm” because its support had not increased since 2010. The party’s vote is still hovering just above 10 per cent and Mr Wood said that could be doubled with the right leader and strategy.

“They just don’t seem to be cutting through enough,” Mr Wood said. “They could double their vote if they had somebody out front really telling the world what they do. Someone like Sarah Hanson-Young is clever, young, and female with opinions – she should be handed the megaphone a bit more often.”

Mr Wood, who made his fortune by starting online travel company Wotif and is now an investor and philanthropist, said he had not been in touch with the Greens for some time. His last donation was in 2019 and while he did not rule out donating to them ahead of the election, he said he was “more attracted” to the growing movement of independents such as Warringah MP Zali Steggall.

“The independents are the new wave,” Mr Wood said. “They’re our best hope of reshaping Federal Parliament and reshaping the direction the country’s … just sort of lumbering into.”

The 2010 donation to the Greens, which Mr Wood described at the time as an attempt to “level the playing field”, was a record for Australian politics until former prime minister Malcolm Turnbull donated $1.75 million to the Liberals before the 2016 election.

Federal Greens leader Adam Bandt said Mr Wood had been “a fantastic supporter of climate action and the Greens” and one of hundreds of thousands of Australians who donated to the Greens.

He rejected the idea the Greens had stagnated. Instead, he said there had been “a growing Greens wave” since 2010 with more MPs at a state, federal and local level, including the ACT where the party has the balance of power and holds ministries.

Mr Bandt’s vote in the seat of Melbourne has increased at every election and the party is hopeful of picking up additional lower house seats. Based on voting trends from the last election, he believes the Greens can pick up three new senators: one each from NSW, Queensland and South Australia.

“We’re on track to grow the Greens Senate team to 12, the biggest third party in the Senate ever,” Mr Bandt said. “The Greens are the fastest-growing progressive force in the country.”

Mr Bandt said all the Greens parliamentarians were strong performers, and Ms Hanson-Young had the key environment portfolio because she was “one of the most effective MPs in the country”.

He welcomed the rise of the climate independents as potential parliamentary allies in what was likely to be a minority government.

“We welcome more voices standing up for the climate, integrity and women’s equality; these are also key priorities for the Greens,” Mr Bandt said.

Greens founder and former leader Bob Brown said Mr Bandt was a seasoned and effective leader and the Greens had done well to retain their presence in both houses of Federal Parliament in the face of a conservative wave since 2013.

Mr Brown said the Greens in other countries such as Germany and New Zealand were now growing after a plateau, and he believed the tide was turning in Australia too. He welcomed the rise of the climate independents as “a great thing”, since they were likely to replace Liberals.

“It’s a bit like watching John Howard lose Bennelong in 2007 – no one thinks it’s going to happen until it does, but I think there’s a very high chance that there will be new independents and Greens in the next Parliament – healthy for democracy,” Mr Brown said.

Mr Wood lives in the seat of Wentworth in Sydney’s east, where independent Allegra Spender is running against Liberal MP Dave Sharma. He predicted Ms Spender would do well, saying it was “painful and funny” to watch Mr Sharma try to convince his electorate he cared about climate change and then “get down on one knee” to appease his party room. Mr Sharma declined to comment.

Mr Wood likened the process of choosing a candidate to “startup investing 101” and said he would fund candidates directly rather than backing Simon Holmes à Court’s Climate 200 fund or a local “Voices Of” group. He also considered the Senate contest important.

Mr Brown said Mr Wood’s generosity in 2010 made a huge difference for the Greens in being able to communicate their message and showcase their candidates, resulting in significant wins in that election and influence in the Gillard government. However, the spending power of both the Greens and most independents was small compared with the major parties.