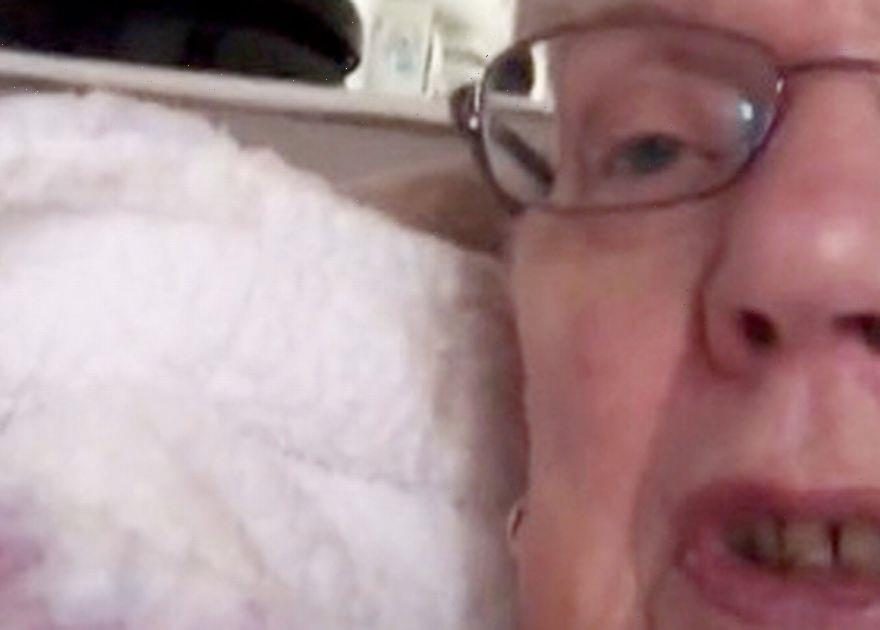 Technology is not for everyone and especially not for this one gran who struggled to use her mobile phone.

The hapless pensioner has gone viral after her hilarious attempt at using Facebook.

Instead of scrolling through the social media app to keep up with family, the pensioner managed to start a Facebook Live.

READ MORE: Man born with no collarbones crushes can of fizzy drink with shoulders

And she certainly made her frustration known with her granddaughter Millie on hand to screen record everything.

Millie posted the clip to TikTok where the X-rated rant has now gone viral.

"Point of view: Nan can't work her phone and accidentally goes on Facebook Live without noticing", the granddaughter said.

In the video that has racked up 1.9million views, the gran tapped at the screen and bellowed: "F***ing hell I've c***ed it up again, you stupid cow.

As she continued to attempt to navigate the screen, she managed to put a filter over the top of the live stream.

WARNING, GRAPHIC LANGUAGE IN VIDEO BELOW:

Things did not get any better with the gran now behind a blue, green and grey window.

Hilariously, she proceeded to vigorously tap at her screen in a desperate attempt to end the show to her one viewer.

But, still after over 20 seconds the gran did not have much luck.

With a barrage of laughing emojis, Milly captioned the clip: "Crying."

Left in stitches at the naughty gran, many people took to the comments to poke fun at the OAP.

Another user giggled: "The fact that someone else joined the live shortly after she went live."

While a third noted: "It’s the violent tapping for me."

Someone else related: "My grandma did this and it was a blank video of her eating soup and you could hear her slurping."