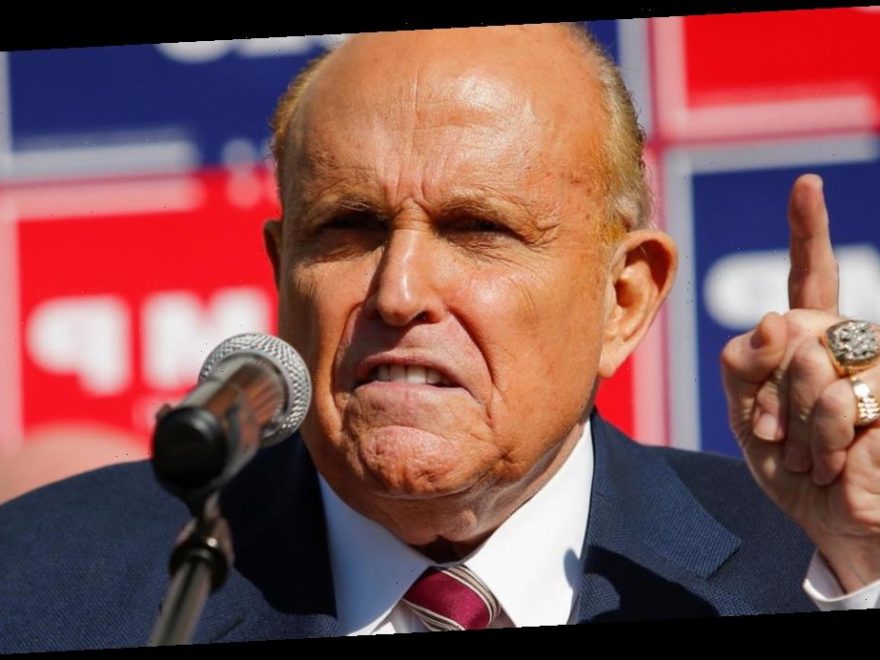 The New York State Bar Association has launched an inquiry into President Trump’s personal attorney, Rudy Giuliani, over his actions since Election Day. The bar association announced Monday it’s investigating whether Giuliani, a former New York City mayor and U.S. Attorney, should lose his membership in the organization, citing his remarks encouraging “trial by combat” before last week’s deadly riot at the U.S. Capitol and his efforts to cast doubt on the presidential election results.

Losing membership to the bar association, a voluntary group, isn’t the same as being disbarred. Disciplinary matters for New York attorneys are handled by disciplinary and grievance committees appointed by the state’s appellate courts.

In a letter dated Friday to the grievance committee that investigates complaints against lawyers with offices in Manhattan, where Giuliani’s is located, two Democratic congressmen, Mondaire Jones of New York and Ted Lieu of California, called for Giuliani to be investigated. “We believe the actions of Mr. Giuliani disqualify him from being a member in good standing with the New York State Bar,” the congressmen wrote.

Before the riot, Giuliani addressed a large crowd of Trump supporters near the White House about Congress’ count of the electoral votes submitted by the states. “If we’re wrong, we will be made fools of, but if we’re right a lot of them will go to jail,” Giuliani told the crowd. “Let’s have trial by combat.”

The bar association said Giuliani’s remarks were “intended to encourage Trump supporters unhappy with the election’s outcome to take matters into their own hands. Their subsequent attack on the Capitol was nothing short of an attempted coup, intended to prevent the peaceful transition of power.” The group noted that it’s against its bylaws for members to advocate overthrowing the government.

The group also said it’s received hundreds of complaints against Giuliani over his work on Mr. Trump’s behalf to try to overturn the presidential election results. Giuliani has spearheaded Mr. Trump’s unsuccessful court battles to throw out ballots in key battleground states, and he has appeared before state legislators making baseless claims of widespread election fraud.

In an interview that aired on CBS’ “60 Minutes” Sunday night, Gabriel Sterling, the chief operating officer for Georgia’s secretary of state and a Republican himself, accused Giuliani of lying to state officials and the American public about supposed fraud in Georgia’s presidential race.

“I’m saying that Rudy Giuliani looked them in the eye and lied,” Sterling said.

The New York bar association said Giuliani will have an opportunity to explain his actions if he wants.